How about stuff and nonsense together!? Well then look no further, as we’ve returned from the South Pole (we haven’t really) with another Kickstarter Highlight. 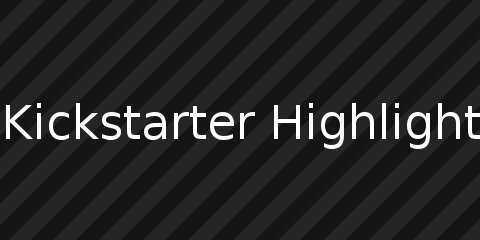 Stuff and nonsense follows the lives of adventurers who have gone far and wide, exploring and returning back to London with plenty of goods as proof of their valiant voyages and grandiose tales of adventure and hijinks. However, there’s a slight snag to all of this…

See, you wouldn’t have done all of these great things if it weren’t for Professor Elemental who said he had set off to the South Pole, when in actuality you have it on good authority that he didn’t do this. So instead of telling the world about his petty lies, you thought it was a brilliant idea… And so you kind of stole this idea and you want to claim that you too have been on these adventures. Which you haven’t.

Professor Elemental himself isn’t too happy with you stealing his ideas, so he’s out to catch you in the act.

This is a card game that plays like a board game. The goal is to score the most points for your stories of adventure, travel and the objects you bring with you. All of this is dictated by the cards that are played and how you move around before returning to the adventurers club.

It’s a simple concept which is why I like it. Plus, it has Professor Elemental who I had the privilege of meeting back at Kitacon this year. 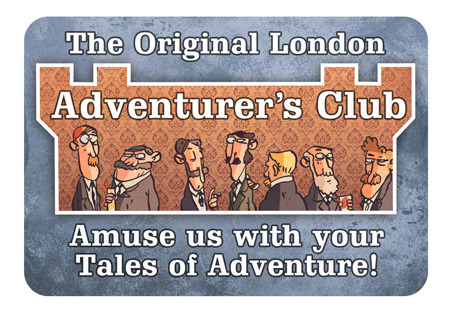 One more great thing to point out: You can already find the rules of this game on their website. That in itself is a bit of a reward, right? 2 to 6 players, for

How much do they need?

They are asking for $25,000, which is a fairly sizeable amount for a card game. However, this is partially due to the scale of what they want to do and well – they’ve already got everything figured out in terms of costs (as they’ve already gotten quotes).

Of course as ever, if they don’t meet their target, they might not be able to fulfil the demand for the game, so reaching $25,000 is of utmost importance to them. But to make this even better – as of the time of writing with 29 days left on the clock, they’ve already racked up $16,182 out of the $25,000. That’s not bad going for having been so quick!

All of the early birds went very quickly. So here are the two remaining reward tiers:

There we have it, a game about adventure and atrocious lies. Sounds like a fairly honest game if you ask me! What did you think of this weeks Kickstarter Highlight? Is this a game about adventure that’s right up your street (Assuming you live in London?) Let us know what you think of this latest pairing of Cheapass Games and Professor Elemental – I think it’s a good mix and hopefully the good professor will go back to spreading his word.

Now about that cup of tea..?