Last week we went to the realms of RUSH, a game where you have to tell some cubes where to go. This week, we’re back for more cube-like goodness with EDGE, where this time we’re controlling just one cube. Timlah’s back from one puzzling game to another, as we look at the second in a three-part series of Two Tribes fun puzzle titles.

Last week we went to the realms of RUSH, a game where you have to tell some cubes where to go. This week, we’re back for more cube-like goodness with EDGE, where this time we’re controlling just one cube. Timlah’s back from one puzzling game to another, as we look at the second in a three-part series of Two Tribes fun puzzle titles.

RUSH was a blast, which is why I will be doing a full Let’s Play series of it on our YouTube channel, but in the mean time, I thought it was time to pick up the next Two Tribes title: EDGE. This was the game that introduced me to this company. I have EDGE not just here on Steam, but on my 3DS too. It’s a great puzzler/platformer which sees you assisting a cube through a world that is constantly changing around it. It was quite a breath of fresh air when it came out, but how does it hold up now? 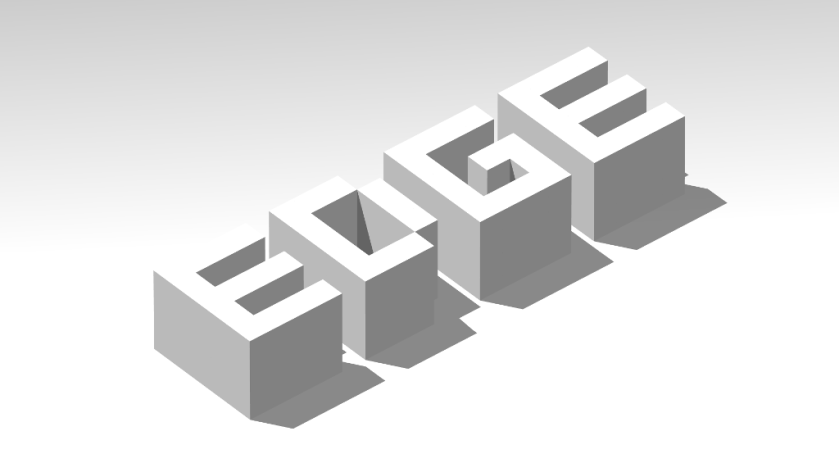 Originally Edge was an iOS game by Mobigame, which had a lawsuit brought upon it by Edge Games (as did many companies, it seems. Seriously, check that trademark stuff out!) After a long and tenuous battle in court, they won and were allowed to keep their game on the App Store. Justice prevails! Then in 2011, Mobigame turned to Two Tribes to help port their game to the PC market, thus Steam comes in and here’s where we  are today!

EDGE is very similar to RUSH, so if you didn’t like what you saw last week, you might not like what you see this week! With this being said, I’d urge you to stick around for a bit and hey, if nothing else do have a look through the pretty screenshots below. EDGE is a very clean, very stylised game, much like RUSH. It’s all about getting a cube from A to B, which is similar to RUSH only the way you get your cube to the end is different. You control your cube with the arrow keys, with hang time being a key part to moving up blocks and moving across gaps. It’s not an easy game to master, but it’s an easy game to pick up and play.

You have buttons which cause the world around you to change, allowing you to traverse the world in new, inventive ways. You have to think a little bit outside of the box (excuse the pun), as you need to look for any way to traverse the worlds you’re in. Along the way, you collect Shards and try not to die. Dying doesn’t actually stop you completing the level, or force you to go back, but it stops you getting A or S as your score, which is the aim of the game ultimately. Collect all the shards, don’t die and complete the level in an allocated time limit: Sounds simple? Think again puzzlers!

As always, we believe art is a subjective thing: If I had to make any points about the art in EDGE, it’s very clean but the cube you play as flashes non-stop. I thought that was going to annoy me, but I find it pretty useful, as it’s the most visible object on the screen due to this. The only times that’s not the case is if you’re behind other objects, where you cannot see your cube travelling: But you still get a good sense of where you are on the map. 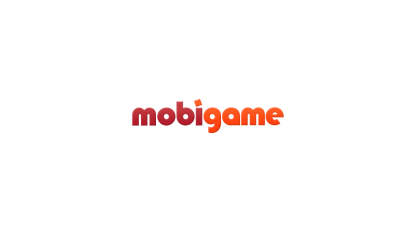 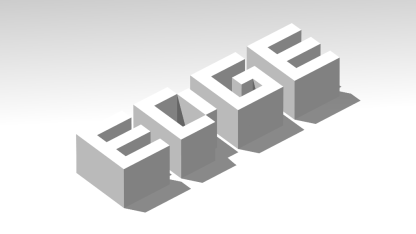 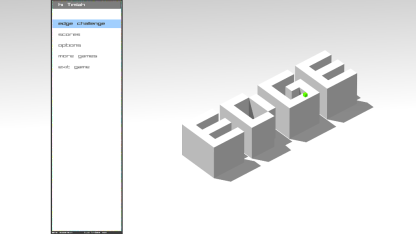 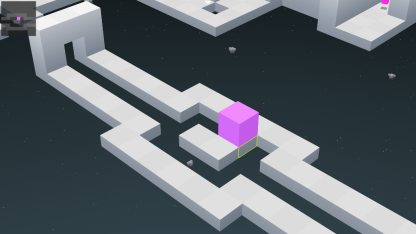 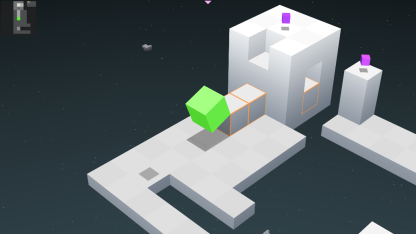 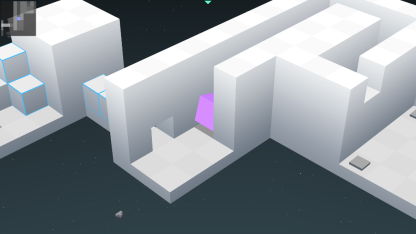 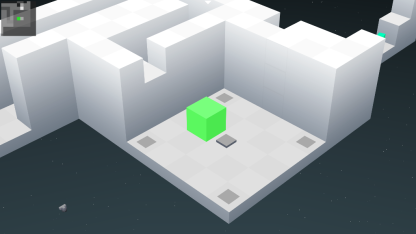 Once more, the Two Tribes team are experts at producing high quality tracks for their games. EDGE is no different to RUSH, in that the soundtrack is absolutely superb. I could happily listen to a whole album of the EDGE OST any day. It’s retro-inspired, but is modern enough for you to bop your head to without exactly worrying about who was watching you. Unless you were to play this on the go… THEN I’d recommend you don’t bop your head around the place in public. You might get some odd looks.

Regardless, once more the sound and music in this game is superb and every noise is apt for the situation. I still love the sound of cubes going “thud” as they move around the place!

This is a cute, fun game. Check out my video above, as it’s a great, simple and fun game to just pick up and play. You literally need no introduction to it: It’s typical platforming at its best. Move around a 3D level and just get to the end point. Whenever a new element is introduced, it does so masterfully. Whether it uses visual clues to help you establish where to go next, or if it’s giving you audio clues by how you go “thud” against the side of a wall, you will always know where to go. Unless you’re just really not very good at traversing these kinds of games, then I’d have to question why you’re looking up a review for a puzzle/platformer.

What do you think of EDGE? Have you had a chance to play this game for yourself? Did you know about the lawsuit brought upon it by Edge Games? As always, leave your comments below, or over on our Facebook, Twitter or Reddit channels. Don’t forget to check out our video of EDGE above and also click this link for our first video of RUSH.