Fans of all that is supernatural and magical will be quite keen on this new series; but ultimately, is Bungo Stray Dogs a riveting tale of the strange and the peculiar, or is it just a cash in attempt at a misfit group? Join Timlah through this anime review.

Fans of all that is supernatural and magical will be quite keen on this new series; but ultimately, is Bungo Stray Dogs a riveting tale of the strange and the peculiar, or is it just a cash in attempt at a misfit group? Join Timlah through our latest anime review.

I’m a fan of misfit teams banding together against a common enemy; who isn’t? The past few years, we’ve had big blockbuster films, including The Avengers, Captain America: Civil War, Justice League and soon Suicide Squad. But when it comes to anime, there aren’t many misfit teams I can think of that are truly worthy of that title. Tiger & Bunny springs to mind, but those men and women were superheroes, looking to stop crime and earn a pretty dime off of their sponsors. When all this is said and done then, there’s not many out there that are a proper “misfit team”. Usually in a series, there’s a cohesiveness between a unit – But Bungo Stray Dogs seems to stray from this perceived norm and into something a little more out of the norm. Something a little supernatural.

Bungo Stray Dogs follows the story of Atsushi, a young guy who was thrown out of an orphanage at a young age. Having been followed by a man-eating tiger for most of his life, Atsushi is constantly on the run from the tiger. This has left him hungry and desperate – Desperate enough to steal, if only he had the confidence. A man on a bike speeds past, a military unit – and a man who is drowning. Atsushi chooses to go after the drowning man and ends up saving his life in the process.

Turns out the man Atsushi has saved, called Dazai is a member of a group called the Armed Detective Agency. Along with his colleague Kunikida, the two men are on a mission for the military. Their abilities are supernatural in nature, they’re part of a group of people all of whom have special abilities. Little does Atsushi know that he’s now going to be coupled with the group – But first, more tea over rice!

The artwork is wonderful in this series. It’s super clean with a very distinctive style, with characters that are very unique in appearance. From the uppity Kunikida to the down-on-his-luck Atsushi, the art is beautiful. Couple this with some very fluid animation, with wonderful displays during the supernatural parts of the show, it’s a visual delight. As always, here’s our gallery: 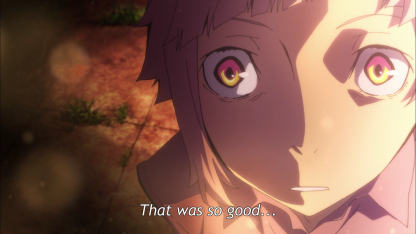 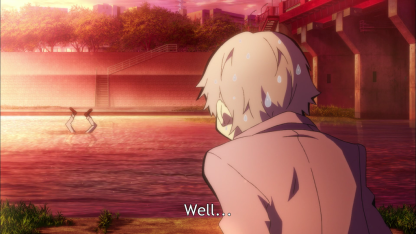 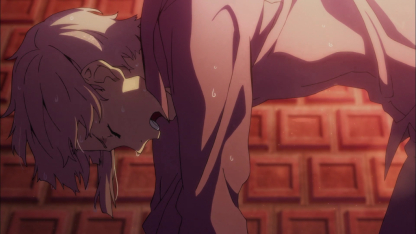 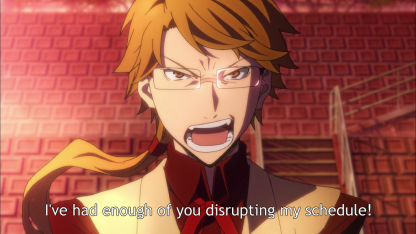 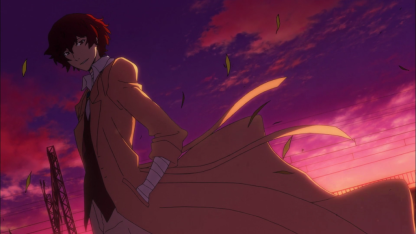 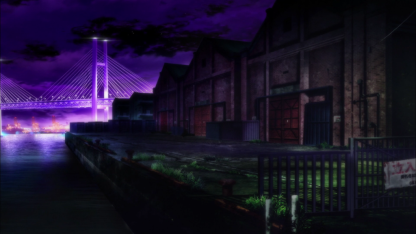 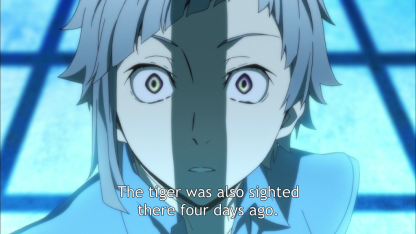 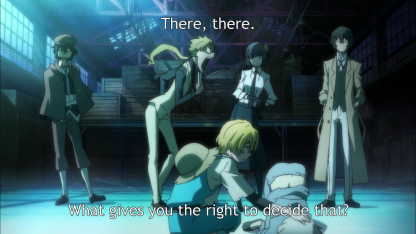 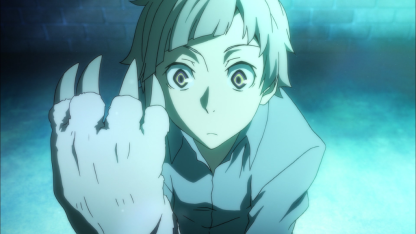 The voice actors in this series are really good – Featuring voice talent such as Mamoru Miyano (Light – Death Note, Ling Yao – Fullmetal Alchemist: Brotherhood and much more) and Hiroshi Kamiya (Tieria Erde – Mobile Suit Gundam 00, Hiroomi Souma of Working!! and more). They didn’t scrimp over the talent for this series and it shows. However, as a slight negative from the audio, the theme tune isn’t really memorable. It’s rather generic for an animes theme, which is a shame.

Nevertheless, the simple theme tune detracts nothing from the experience of the show. After all, the quality of the audio is spot on! The story is nothing too out of the ordinary, but it’s certainly good fun. It’s simply a case of protagonist doesn’t know what he can do, new found friends show him what he can do along with what they can do. They all work together to defeat bigger and badder things than them. In this respect, it’s a very typical anime, but this isn’t a criticism. There’s enough little twists in the series to where it’s interesting enough to follow. More importantly though, the artwork and the voice acting is absolutely spot on. Sure, it’s not the best story in the world, but it certainly could be a lot worse. It’s thoroughly entertaining!

This is a great fun show which I would recommend for anyone into the supernatural, or anyone who just likes misfit teams. Sure, this is no Avengers or Suicide Squad, but this is certainly a fun anime that has some rather awesome animation and artwork associated with it. All in all, it’s worth a look at the very least. I can’t really compare it to another anime, though if you have any anime comparison for this, let us know in the comments below, or over on Facebook, Twitter or Reddit.