Team17 have been at it for years and years, having released some great titles, but most notable are their Worms franchise. Worms Reloaded might be my favourite Worms title ever released and this review is going to look at it without the rose-tinted glasses. It’s time to get critical on this classic, so join Timlah as we look through the full wormage and prepare to fight for the lives of our wriggly companions in some garden warfare. 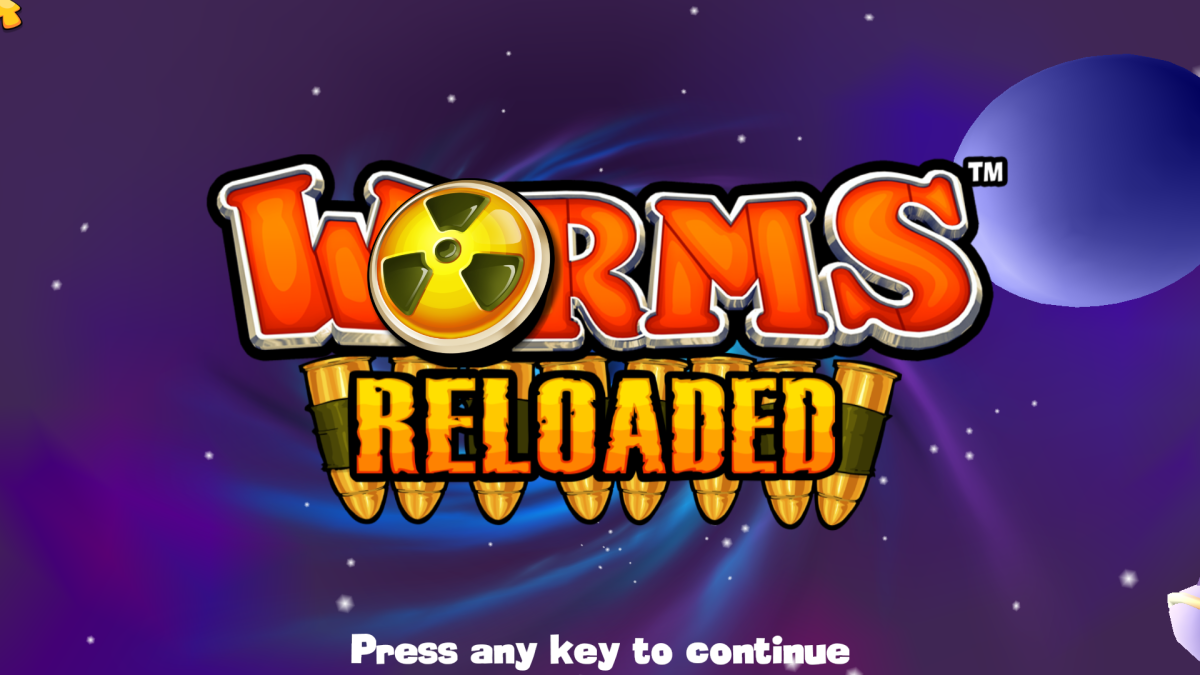 Team17 have been at it for years and years, having released some great titles, but most notable are their Worms franchise. Worms Reloaded might be my favourite Worms title ever released and this review is going to look at it without the rose-tinted glasses. It’s time to get critical on this classic, so join Timlah as we look through the full wormage and prepare to fight for the lives of our wriggly companions in some garden warfare.

Forget potted plants and shrubberies, we’re here to talk today about Worms, a franchise so well embedded in the UK video games scene, that you’d probably not be forgiven if you hadn’t heard of these games. A simple title, where you play as some little cartoony worms, as you duke it out with enemy worms in the hopes to have supremacy for your team. With little to no plot to hold it together, it’s strange that these games have held up as long as they have done. However, sometimes, it just takes a classic gameplay style and a little bit of reiterative innovation to have a strong hold on your genre, such as multiplayer turn-based action/strategy games. If you’ve never played a game of Worms before, then Worms Reloaded doesn’t deviate from the traditional way the games are played out. In turns, you and your opponent will command one of a number of worms from your team, typically between 1-8 worms on a team. You move about, you select a weapon that you feel is the best fit for the situation you and your little wormy avatar are in, then you fire said weapon at the enemy, in hopes to either damage, or kill them. The winner of the game is the one with worms left on the map… But the true winners of the game is everyone, as these games are always a delight to play with some friends.

The weapon system is accessible via a right click, where, depending on the mode you’re playing, you have access to a variety of weapons. Be it the almighty Armageddon or the Mad Cow, you really can’t go wrong with the humour value most of these weapons add. Some weapons are just effective, such as the Bazooka, but other weapons, whilst being funny, are straight up destructive. Take the humble Baseball Bat, it’s a very simple weapon: Walk up to your opponent, aim your bat up high, swing and listen to the baseball home run music as you see the enemy worm fly into a large body of water. It’s satisfying and comedic timing at its best. I’ve played some online games courtesy of the lobby system before, but these weren’t anywhere near as fun as getting local co-op gameplay down. The issue with the lobby system, other than the fact that now that it’s an older game, it barely has anyone around, is that when it was active, people generally wanted a serious game of Worms. As you might imagine, a game where you are blowing up your fellow worms using bazookas, banana bombs and holy hand grenades, isn’t exactly the right game to be serious in. Regardless, the gameplay itself is still fun, but it’s best played with people in the same room as you, so you can laugh at the shock on their face when half of the map disappears when a Concrete Donkey takes them out.

Whilst the music is good, the star of the show in terms of audio quality is the voice-banks which you can assign to your worms. You can pick to be an American worm, a British worm, an Afrikaans worm or even a Robot, a geek and more. Some people even make their own custom voice-banks for the game. 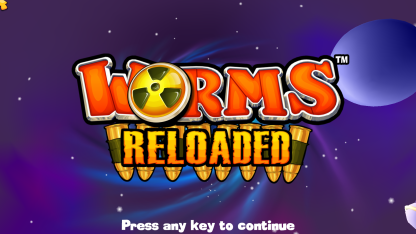 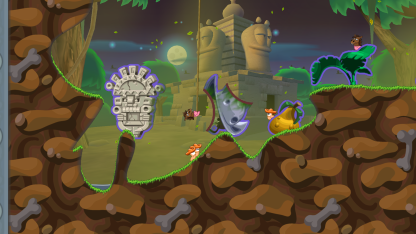 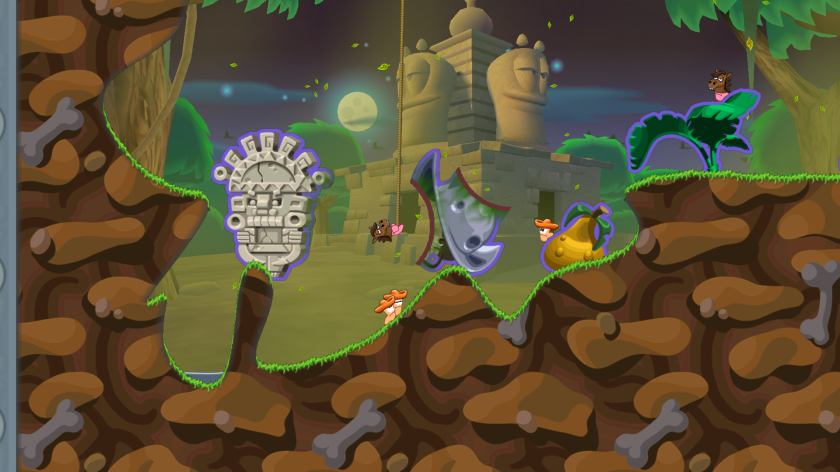 Whether you are looking for a classic team based turn brawl, or if you’re looking for a silly comedy shooter, this game gives you exactly the experience you are looking for. Sure the game doesn’t innovate, but why fix what isn’t broken? At the end of the day, Worms is formulaic, but it’s a hell of a lot of fun! What do you think though? Is Worms Reloaded the iteration you wanted, or is it not the best of a big bunch? As always, leave your comments below and we will see you for the next article! Alternatively, hit us up on Facebook, Twitter or Reddit.