So here we are again catching up with PlayExpo. This time we are talking Sumo Digital who are mostly a UK based development team with an office in Nottingham and Sheffield. I managed to get some time to chat to Seb Liese the designer of their new game who originally was a biology teacher in Holland. He was first noticed by Sumo Digital because he was one of the top rated level designers for Little Big Planet, he has now been working there for four years. At the end of 2015 Seb won a 24 hour internal Game Jam with his ‘snake physics’ based tech demo and was given a team to work with to translate this into a fully fledged game. The game itself is physics based action puzzle platformer called Snake Pass and is due for release around the first quarter of 2017. So let’s go through my chat with the designer.

Me: You used to be a biology teacher and got into games via Little Big planet tell me a little behind that?

Seb: It’s funny, I have a masters degree in biology but half way through my degree I knew I had picked the wrong thing. I knew that I wanted to do something with games so I finished my degree and became a teacher and was teaching for about 2.5 years. Almost every evening I was going home and playing Little Big Planet making levels and getting better at it. I specifically aimed for a Playstation with Little Big Planet because I had heard the really good level designers were being recruited by the developers. It took me two years to reach the top of the community and then Sumo got in touch offering me the job. 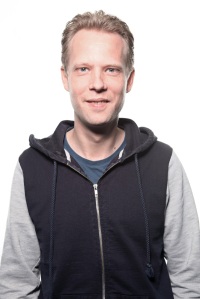 Me: How did you come up with the idea of the snake?

Seb: I had the idea when was just being moved from working on Little Big Planet 3 and was going to go to Crackdown 3 just before the Game Jam while I was learning the Unreal Engine. What I generally like to do when learning things is aim for a target and try to get as far towards that as I can. While I was learning my goal was to make a rope that moves when a player walks into it. However, I forgot to attach that to the ceiling and I saw it fall to the floor it formed a nice curled spiral and that gave me the idea.

Me: Did you start with that at the Game Jam?

Seb: A little bit more, by the time the Game Jam happened I had the piece of rope controllable and within the 24 hours I turned it into a snake and presented it to the bosses. During the voting period which took two weeks, I had that time to hone my design a bit more, make its look pretty to try and sell the idea a bit more.

Me: No doubt you have a lot more ideas to put together?

Seb: I have a lot more ideas. The game Spore is where thinking about design really began for me. I made a whole bunch of ideas just from using Spore so it’s likely that  I will resurrect a few of them into the Unreal Engine and see if I can make them into full products.

Me: The game looks beautiful did you do the art or is this something that has come after they agreed to produce the game fully

Seb: A lot of the original stuff was done with the free assets that were from Unreal Engine so it was very basic and not incredibly pretty Now we have a team working on the game so it’s come up to a much higher standard.

Me: How long have you been coding?

Seb: I’m actually not a coder. The beauty of Unreal is that it gives you a bunch of tools to work with so you don’t actually need to be a coder. This was mostly done using Blueprints. 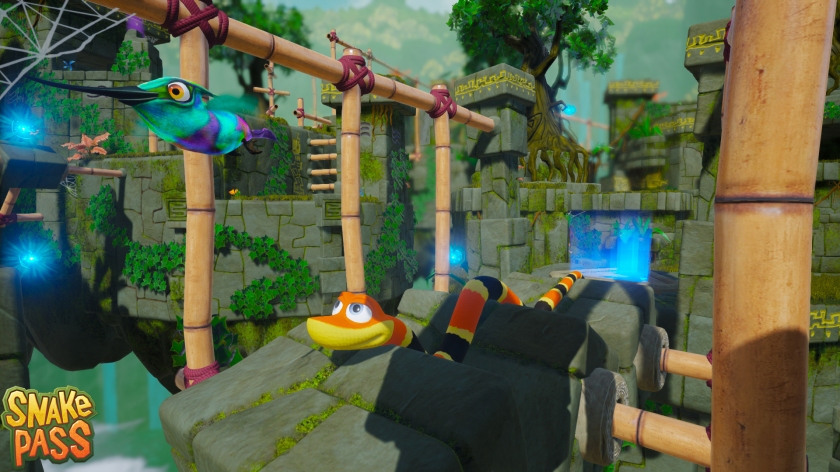 Me: I guess Unreal also helps with releasing the game across multiple platforms?

Seb: Yes, this is coming out on PS4, Xbox One and Steam as well although we don’t actually have any minimum specs right now. We are in the last few months of development so there is a lot of optimisation to be done. Since we need to run on consoles then you can imagine you will need a PC as powerful as an Xbox One to run it at a good speed. We’re not aiming for high-end systems. To be honest with you I have virtually no idea what is happening with the PC graphics market these days because I just don’t have time to research it. Ten years ago I knew exactly the day that the new graphics card came out and I knew everything about it, now I just don’t have that information.

Me: It moves so fast so I can’t blame you for dropping out of touch, I run a Mac so I really have no idea what is going  on with graphics cards.

Me: Have you found anything difficult working with BluePrint and the Unreal Engine?

Seb: Not at all, I absolutely love Unreal. Before I used Unreal i spent some time trying to learn Unity and as a designer, I found it impossible to get any kind of idea working within a reasonable time. I could spend an entire week trying to make something and it would still not be playable. With Unreal I can have an idea and then within one or two days have a working prototype, that’s how easy it is. This might be occasionally frustrating for the developers as they might feel that the designers start to take away their jobs. The big thing is though the Blueprints run very slowly so we still need to go through optimisation to be able to release a final product.

Me: Is there a storyline behind the game?

Seb: There is a simple story that the snake is trying to catch up with his friends for a party at the top of the mountain called Sneaky Peak. He does this using a special path called “Snake Pass” which is normally connected with magical gates. As you reach the first gate trying to catch up with your friends you find that something or someone has removed the gems that power the gates. On each level, you find the three gems which will involve some simple puzzle pieces and put them back so that you can continue up the mountain. As you prioress through the game, there is a mystery about who is trying to stop you from reaching the top of the mountain and why.

Me: Was the game designed with an age range in mind? It seems to be very popular with the young gamers here today.

Seb: We have found so far that it really appeals to all age groups, especially kids but we have had some great feedback from the mothers of these children between 30 and 45 say that really like it too. Besides those specific demographics and the casual gamers, I think it may give hardcore gamers a bit of relief. I myself am a hardcore gamer and I still want to play it, of course, that might change by the time it’s actually released.

Me: What’s been your favourite game so far?

Seb: That’s difficult, it has to be for me Ori in the Blind Forest

Me: What is your opinion of No Man’s Sky?

Seb: I feel really sorry for Shaun. I think the biggest mistake he made was charging full price for the game. If he had priced it as an Indie game then I think everybody would be fine with the missing features but because people paid £60 they have the right to expect what was promised to them in a way.

Me: What is the pricing point for Snake Pass? 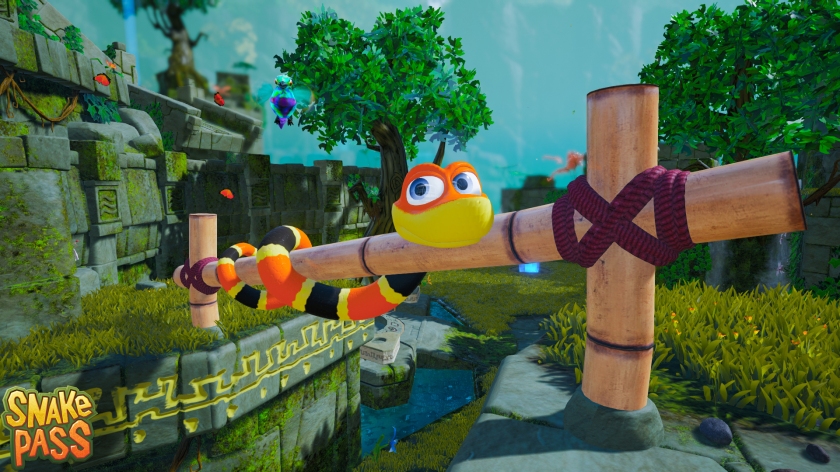 Me: If you could pick one thing that you are or were really geeky about, what would it be?

Seb: I used to be addicted to Magic the Gathering but I have managed to quit it.

Me: We have a fair few Magic players in our group, why did you quit?

Seb: Well I tried to quit once before and when I moved to England I started playing again. The group I was playing in began to spend more and more money on it and trying to beat each other so it’s a cost related issue for me. If you think of it though I still have all of my boxes of cards so if ever I run out of money I know I can sell some of my cards to keep me going for a while.

I would like to thank Seb for taking the time to talk to me during a very busy show. I am sure you will all agree that he is an inspiration for any budding game designer. We are eager to play the final product for Snake Pass and will hopefully get hold of a copy for review. You can see from the screenshots that it’s looking really nice, we wish him and Sumo Digital all the best of luck with the release. If you would like to give us or Seb some feedback on what you have seen so far then you can. There are Twitter and Facebook accounts for the game and of course we would love to hear what you thought about the interview and the game you can see so far. Use the comments section or our regular Twitter, Reddit and Facebook pages.