This week saw the end of Epic Rap Battles of History Season 5, the can’t-stop-at-one education series that began back in 2010, and it’s a rematch between creators Nice Peter and Epic Lloyd concluding with the fact that they both need a break from all of the work they put into every single episode.

For about four minutes a video there’s a hell of a lot of effort done by the boys, their guests, and their huge recording and editing team, and there’s a reason why they need a break in between each twelve episode season. Research, writing, costume design, composition, recording audio, recording video, editing, uploading and scheduling. Add onto that list the tours, compiling albums and releasing tracks for purchase, and the fact that Peter and Lloyd both have their own music careers!

And look at the results for all of that effort. More importantly look at the first ever episodes against the newest season. The decidedly non-Liverpudlian John Lennon with the stuck on moustache vs Bill O’Reilly in a bad rug is a far cry from the boisterous and hearty discourse between Theodore Roosevelt and Winston Churchill. Let’s not forget the half-off Chuck Norris beard on Epic Lloyd or Hulk Hogan’s muscle suit. A few steps back can show you how well their greenscreen techniques have improved dramatically too. 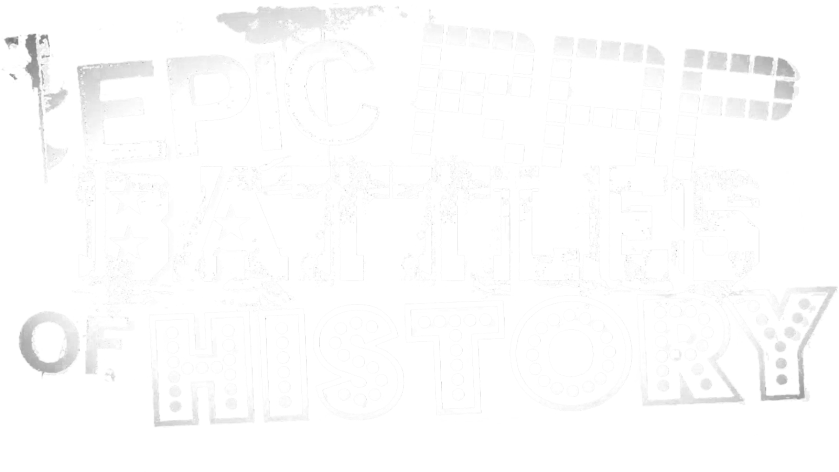 We love ERB here, but really the point I’m getting at is how far this channel has come along in a few years, on the back of a platform that now supports a growing community of leviathan content creators who are rapidly becoming household names, people for whom YouTube isn’t a fun hobby any more, it’s a job, and dozens of us now aspire to doing something gloriously creative in the same vein but are put off by how high the cost for entry seems to be these days.

But this isn’t TV.

Let’s not forget that anyone with a camera… or hells, even a microphone and some halfway usable video editing software, you never know which of the dozens of ideas you have will be the one that suddenly and inexplicably captures the attention of the fickle internet viewing public.

No guarantees of course, some highly entertaining channels packed with talented people never take off because they go unnoticed for whatever reason. If you’ve any intention of getting seen you’ve got to put some into publicity behind your work, and be prepared to throw every idea to the mercy of the audience because you can never tell what works for you until you try it all. There’s plenty to consider if you want to see some real return from your ideas, but the quality of production should never be the first thing on your to-do list.

To take another example, one of my all time favourite comedians is British YouTuber Tomska, he creates sketches, animations, blogs, and does a lot of work for other creators he’s gotten to know over years of making short films and skits. He may very well be most famous for being lead writer of the ASDF movie series, but he started out with incredibly fuzzy footage student films. He still makes amazing content with an HD camera, a bunch of mates and a horse mask.

Or another GOSW favourite, Ashens, whose entire catalogue features a brown sofa and a collection of tat from pound shops, things he gets sent for free, and occasionally his friends who he feeds with weird and terrifying foodstuffs.

If you doubt for one moment that entertainment needs training in film making and expensive gear, take Tomska’s word on it:

You don’t need special effects or top-end software to make great content, you just have to love what you do enough to show it to everyone. And if you don’t have any ideas to be proud of (first of all we need to talk, you need to stop being so down on yourself) then you can help the incredible creators out there by finding, loving, and shining a light on them to help them grow and achieve the kind of production values you wish you had.

With that said, it’s an wondrous thing that we have both low quality productions that anyone with a computer can create, and incredible productions made by highly talented people working as a team to show us the spectacular material that TV networks would have never shown us. It’s legitimising a platform that suddenly has bigger media outlets rather worried, changing the very nature of entertainment altogether. YouTube has been on some rocky territory with it’s creators lately, copyright exploitation, community conflicts, and issues with monetisation, so it remains to be seen whether or not this move is better for us: the consumers.

But again we must consider the importance of the age, and the power of geeks therein.