Not unlike Minecraft – A phrase this game conjures a lot; but is it justified, or does this game stand well in its own rights? Check out our review for the free-to-play title, which is available to download now on Steam. Creativerse is a title that’s not unlike Minecraft, so you may see people compare the two games quite often. In fact, as a spoiler, Minecraft will be name dropped a lot in this article. However, whilst Minecraft-like games usually don’t appeal to me, Creativerse certainly does. It’s a cute, clean game which is thoroughly well made. Furthermore, servers are really well looked after – So come and take a peek at this beautifully imagined game with us!

Regulars of our reviews will be aware that we usually start with the story of a game, however this is a sandbox game, so unless we tried to make one up involving Pigsy’s sending you on quests to defeat the boss mob, this whole section would be futile. Supposedly there is a sci-fi inspired story in the game, featuring the tech your character sports, but this is found through pages and data chips, which to me is a thinly veiled disguise for a story and doesn’t really constitute as a games story; More like world lore. This isn’t a bad thing, but it’s merely backstory. Therefore, we’re moving straight on to the gameplay.

Creativerse is similar yet different to Minecraft in many aspects, not just in the fact that items are acquired in cube format. You go about with your cartoony character, in hopes to collect items to create a brand new home, armour set or even equipment upgrades. Interestingly, this game doesn’t have pickaxes, which are heavily associated with Minecraft and it’s clones. Instead, you get these gauntlets, known as Power Cells, which are used in a similar fashion, but seemingly start faster than a pickaxe, then slowly gets slower as you go up the ranks. For instance, having a Diamond pickaxe can almost instantly break stone in Minecraft, but a Lumite Power Cell would be comparably slower, but not by much.

The crafting system plays well; You have a list of things you can create in game, which get unlocked as you build things prior to it. For instance, to build a stone door, you need to have built a wooden door first. This is a different path to Minecraft, which extends the play time considerably, as unlocking every recipe will take quite some time. With that said, after a few large hauls in a mine, that feeling of having to grind to get the materials doesn’t seem all that bad. Once you’ve crafted an extractor, you will be getting plenty of resources to build objects to your hearts content. Because ordinary materials such as stone, dirt, grass and the likes don’t need to be dug with specific tools, you seem to be able to collect a considerable amount of objects quickly.

As previously mentioned, you will need to craft an extractor, which is used on ores, such as obsidian and coal. An extractor takes a set amount of time to complete, giving you a number of materials in one. They’re single use, but are made very cheaply in game, literally needing just wood and stone which you get in minutes of playing. Other than that,you can upgrade your Power Cell, allowing you to get resources from deeper in the world, broken down into layers: Dirt, Lava and Corruption. There is also armour to craft, along with plenty of decorative items, such as roofing and picture frames.

You are able to tame any creature in the game, making them your pet. This has a few benefits, but it’s mostly all about collecting the resources they provide, such as eggs or Pigsy droppings. These can be used in a variety of ways, such as eggs for the cooking system, which you unlock once you have been farming. Ultimately, your experience is your own, in a procedurally generated world, you have so much you can do with your worlds. What’s more, you are able to make adventure maps for others to play on and challenge, so it’s a good experience for budding level designers as well.

Wow! For a free title, Creativerse has a stunning and beautifully imagined world. The developers have a great knack for cute designs, such as the incredibly sweet Pigsy’s; as well as providing a stark contrast with the more dangerous enemies. The only slightly jarring thing are how the avatars look like something from a 2000’s Nickelodeon show… but you literally don’t see them, unless you specifically look at them, or play with friends. They’re inoffensive and actually are fairly cute in their own right: Even if it feels like they don’t thematically fit the game. As always, here is our gallery so you can make up your own mind about the graphics: 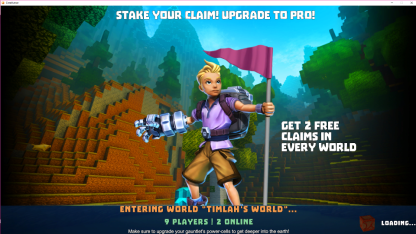 Transporters – Interact with it, then click the active teleporter you want to go to. Everyone gets one! 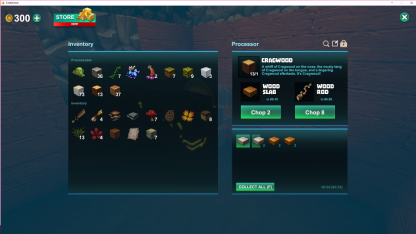 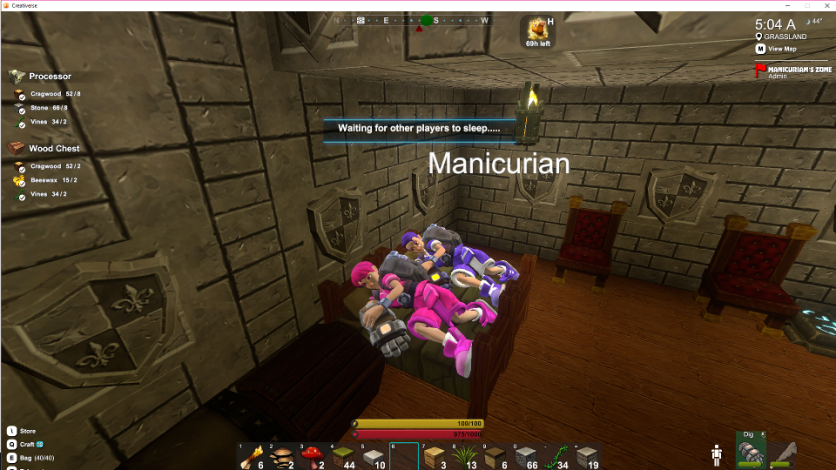 Possibly the weakest point, but by no stretch of the imagination a bad one, the audio is sadly just there. Whereas Minecraft had that beautiful Disk system, where you collected records and could play songs out of them, Creativerse does not. Instead, it has a very chilled out ambience about it, which isn’t a bad thing at all. If anything, it’s just nice.

To use a tired phrase for this article; Much like Minecraft, this is a game for the creatively inclined. I don’t think it could take the candle away from Minecraft, as the modding community which makes Minecraft what it is cannot be found on Creativerse – A crying shame that mods aren’t available, as this could be an actual successor to the now 8 year old title. I noticed on their website they had FAQs addressing this point, but as someone who absolutely loves Minecraft still, I believe it needs modder support. If the developers of Creativerse read this, I will say that I love what’s there; but player made mods would definitely extend the life of the title significantly. Also: Pigsy’s are the cutest ever things!

Whilst I have been relatively critical over the fact that this is so similar to Mojang’s flagship title, as a game in its own right, it’s damn good. It plays well, looks good and is genuinely a solid title, especially for its Free-To-Play status. The fact it’s FTP on Steam might make this an overlooked game, but I am optimistic that the devs have a shot with this. I am certain that a modding community would extend the life of Creativerse, but, as a core gaming experience, for a free title? This game simply is a Steam must play. But what do you think? Are games like this interesting to you, or has Minecraft fatigued you completely away from sandbox survival creative games? Are the similarities just too much to bear? As always, leave a comment below, or over on Facebook, Twitter or Reddit.