A nostalgic blast from the past, presented by Vicarious Visions Studios, it’s Crash Bandicoot – Oh god, please, if I hear that opening to the game just one more bloody time, I swear I am going to explode! Just as well the games that opening is concealing are excellent – as we check out this self-proclaimed nostalia induced trip. So if you’re a Crash veteran, or completely new to the franchise, is the N-Sane Trilogy right for you?

A nostalgic blast from the past, presented by Vicarious Visions Studios, it’s Crash Bandicoot – Oh god, please, if I hear that opening to the game just one more bloody time, I swear I am going to explode! Just as well the games that opening is concealing are excellent – as we check out this self-proclaimed nostalia induced trip. So if you’re a Crash veteran, or completely new to the franchise, is the N-Sane Trilogy right for you? 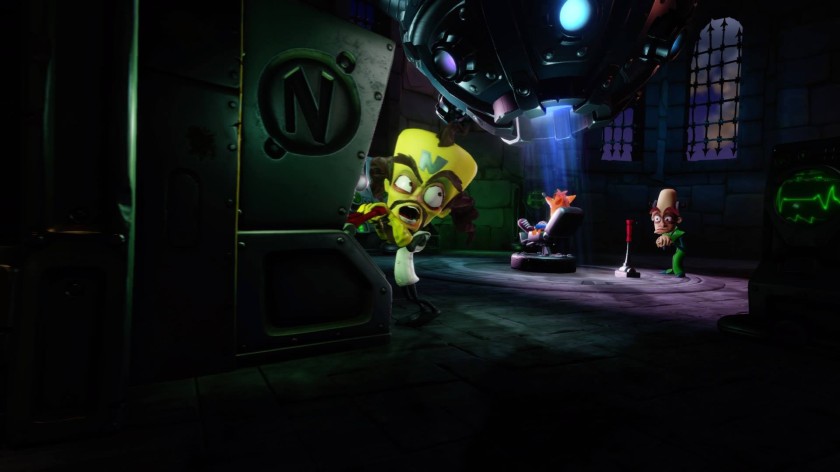 In Crash 1, the story is all about Crash trying to find his girlfriend, who was abducted by the evil Doctor Neo Cortex – A mad scientist, looking to genetically modify the Bandicoots to be a fighting machine for them. Crash escaped, gaining the ability of spinning, large jumps and running. Now, Crash collects the crystals to get through the island challenges and go on to fight Cortex and rescue his girlfriend.

In Crash 2, Crash is having a nice time, when he finds another crystal – The first since his adventures in Crash 1. He manages to run with the crystal until he’s teleported to a strange hub, full of portals. The man who brought him here? Doctor Neo Cortex! He pleads with Crash to help him find the crystals, in the hopes that they could save the world. Meanwhile, onto his plans, a former ally of Cortex, Biro, tells crash about the gems, saying he can make a laser beam with their energy to put an end to Cortex’s crazy schemes.

Finally in Crash 3, our heroes Crash and Coco are chilling out on the beach with their mask friend Aku Aku, when a deep evil reaches over the land. Aku Aku explains that Uka Uka is free (“Nooo, it cannot be. Evil, great evil-”), which leads Aku Aku to tell the Bandicoots about the evil mask and what it means for the world. Teleported to a hub that can take the heroes into different time zones, Crash and Coco look to do battle with Cortex and his powerful new ally, Uka Uka.

Let’s address the elephant in the room – No. This is not as hard as Dark Souls (Forgive me, I had to join in the memeing). There, I said it! What that article should have said is that the control scheme is not perfect and if anyone says otherwise, they are unfortunately just wearing the nostalgic glasses. However… this isn’t necessarily a bad thing. The controls feel tight and responsive, which is hugely important for those ridiculous jumps you’ll need to do. The joy of these games come from the challenge and, I am not afraid to admit… I was probably better on my PS1 than I was on my PS4! When you make a jump, you feel as if you need to be a lot more precise, probably due to the new engine which gives us a new perspective on the franchise.

The games play nearly identical to the original, with the exception of the slightly different control inputs. It’s worth noting that the game tries to be as close to the original title, by offering a classic input option, which is just the D-Pad. True enough, this is closer to the original controls, but it’s still not quite there. The game itself expects more precision than ever before, but this isn’t a bad thing. Once I got over the controls being so janky, I was able to get into it more. After all, it’s a remaster, not a replica! 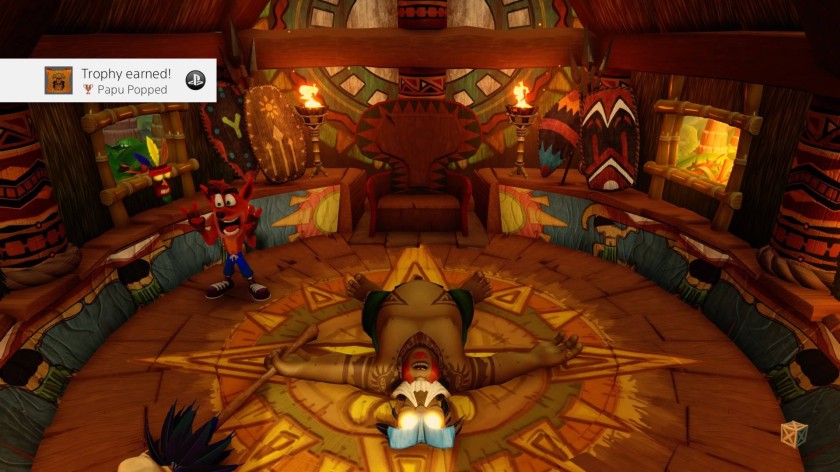 Depending on the title you play, Crash can run, jump, spin attack, slide, extended spin attack, double jump, body slam, super body slam, pull out a Wumpa Fruit bazooka and dash. That’s one hell of a variety of moves from a game series from back in the 90s, especially for a platformer. Crash uses these abilities to attack baddies, or break open boxes for a gem, or perhaps to clear a tricky section of the level. This time Crash isn’t alone, as in each game, you can now choose to play as the identical Coco, which is a celebrated feature. It’s nice to see equality in our games from the past – It only makes sense to offer this extra feature, too.

Each level offers three types of object – A crystal to continue the game, a gem to act as a 100% completion marker and a relic, to act purely as a time trial mode, which you can achieve Sapphire, Gold or Platinum. It’s worth mentioning thst the PS4 offers achievements for earning all of the different objects in the game. As well as this, Wumpa Fruits are collectables which, upon reaching 100, offers an extra life. You can also collect Crash heads for an extra life, and in Crash 1 you can get Tawna (Crash’s girlfriend) and Biro heads, for bonus stages.

As a negative, every time you boot the game up, you have to watch a non-skippable scene, which is Crash going through a machine and coming out looking new and high resolution. It’s a nice little homages to how he used to look, but it’s not skippable! PATCH PLS!

Simply put, the N-Sane Trilogy is a masterpiece. The updated models are beautiful and are faithful to the original models. What’s nice abouf that stupid opening is the playful poke at how the game looked and how it’ll look in this game. But, don’t just take my word for it – Here’s my Crash Bandicoot experience, so you can check it out for yourself! 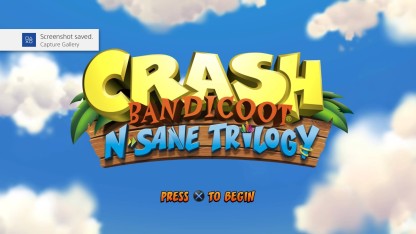 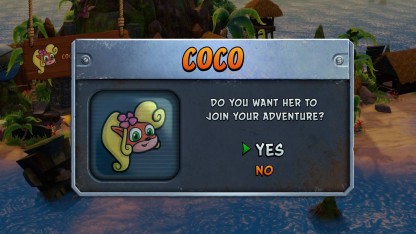 You can now have Coco play during Crash 1

Coco is the same as Crash

Boss fights have remained the same

Getting all boxes gives you a gem in Crash 1

Levels where you run to the camera are much clearer

Relics are hugely important. You can have sapphire, gold or platinum 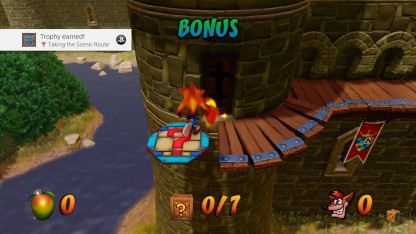 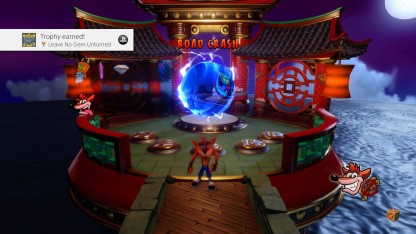 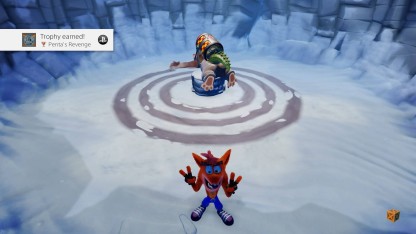 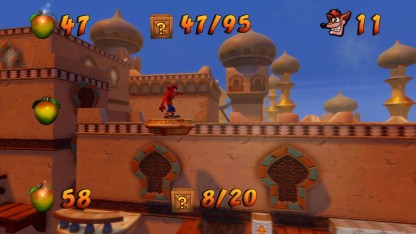 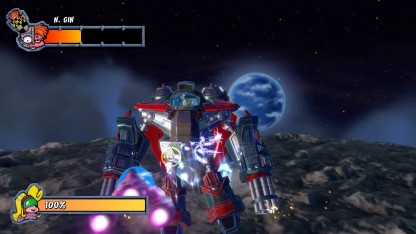 Ah no, how could they? How could they change the sounds of the game?! What were they thinking?! Well – They wanted to just make sure they remastered it right and I am pleased to say they did. You remember any of the original Crash jingles? Great – They’ll come through now in a high definition, which seriously is better than it has any right to be. This was a musical and sound effect triumph. Crash slides loudly, bounces on boxes, spins all the same – But it sounds nicer now. 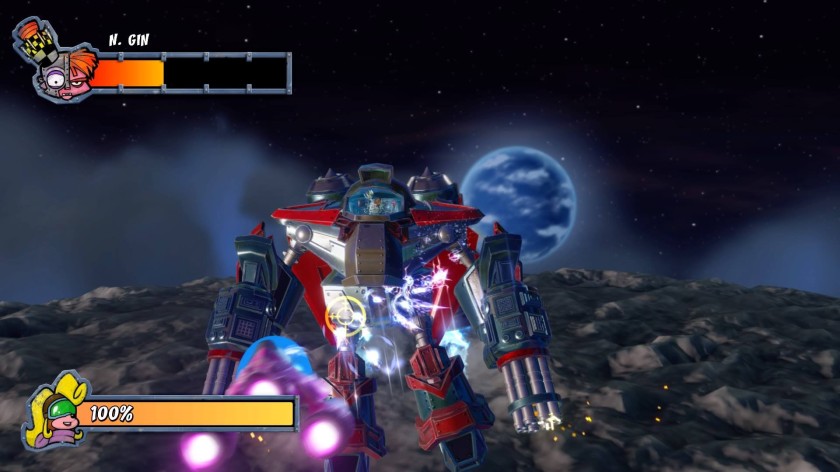 Whilst I mentioned in the gameplay section that the controls are somewhat janky, the game effectively plays as well as it did all them many years ago on our PS1. The introduction of the analogue stick is a bit of a hit-n-miss, but there’s enough to keep the games correct to their former glory. This was a labour of love and it feels that way, with all of the levels being faithfully recreated and effectively remastered. The era of the remaster reigns on… So, where’s my Spyro 1, 2 and 3? That must be in the works, or its one of the biggest missed opportunities in the current era of gaming.

Now, don’t worry – The games play well and are not as hard as Dark Souls, (That reviewer must have had a lot of abuse about that, though I fully understand what they were trying to say.) But the day Crash Bandicoot N-Sane Trilogy came out, the world over suddenly remembered that Crash Bandicoot was a solid platformer which added in new elements to platforming, which have often been mimicked, but never been bested. You looking for a good modern platformer? Here it is, even though this is a remake. Sometimes, you have to look back to truly look forward. Oh and as a bonus, I’ll soon have a Crash Bandicoot cosplay done for Kitacon, so keep your eyes peeled.  As always, share your thoughts in the comments below, or over on Facebook, Twitter or Reddit.