Dammit Kitacon, you’ve destroyed me again. I got back a few hours ago, washed away a few days of hard work and high energy, and collapsed in my chair from whence I have not moved and will be going no further than my own bed – the one in Jack Martin wasn’t bad but the pillows tried to kill me.

There’s a lot of work to be done now that I’m back, but we’ll get to that later. For now I have time enough to briefly discuss the activities of the long weekend at Warwick Arts Centre.

For the first time I elected to get to Kitacon a day early. I’ve gotten to know so many people over the last four years my biggest disappointment is never having enough time to see them all, and no matter how many details I take, Facebook profiles I connect to, and Steam accounts I add to my list, there’s no replacement for getting to talk to people face to face and offer them a jammy dodger. It took me a matter of minutes wandering around with the packet offering it to friends and familiar faces to clear most of it out, the last one seemed to be unshakeable though, until someone finally took it off my hands, only to pass back the pack and say “You know there’s another one in there?” 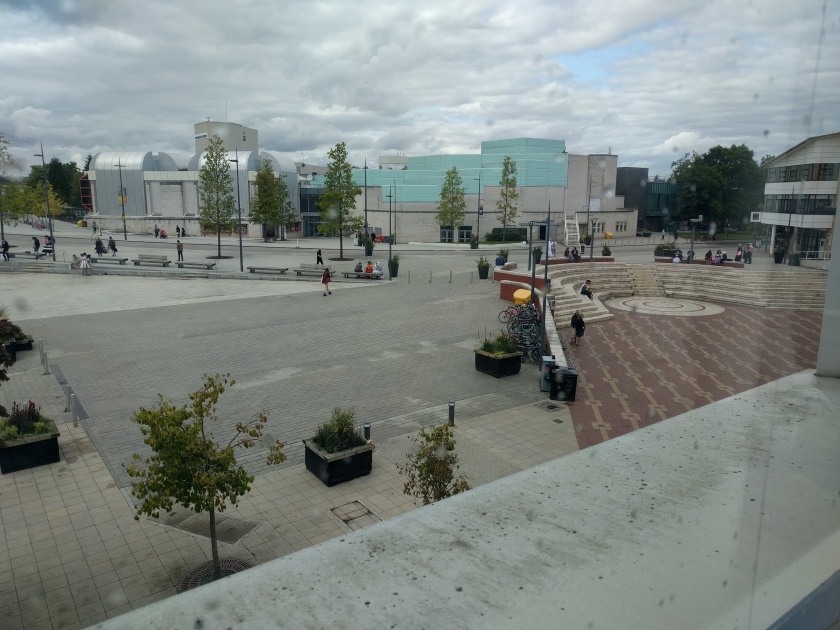 It was a relaxed afternoon, a few games of Magic, and an introduction to Hanafuda which gaming historians will know is Nintendo’s first official title from 1889. Good game! I lost hideously but I will definitely be practising ready for next time.

This weekend was not the best for trying to get a roleplay in, and I only managed one game of Pokethulhu over the weekend. There is some work to do on the audio recording from that session, but if it is fully usable then expect to hear more in the future.

Friday – The Joys of Being Boo’d

To ensure my place at Kita and because I love the event, I registered as a VIP attendant, so in the morning after breakfast I was plucked out of the queue to go and join the far shorter VIP queue to a chorus of booing attendees, for whom I played up with the classic outcry of “Yes! Your hatred sustains me!” From what I hear, there were several other VIPs who got the same treatment after me, I hope they enjoyed the experience as much as I did.

The opening ceremonies were delayed, naturally, but always worth a watch. A run down of all of the events going on throughout the weekend, a few details that were not eluded to in any of the promo material, guest introductions, and as always some comedy value. The other main event was the geeky burlesque, and I envy those with the courage to bear… most, if not all, for the sake of entertainment, and not knowing whether to boo or cheer for the Cruella deVille act culminating in a moment that was pure indecisive noise being yelled at the stage definitely counts as entertainment.

For me, Saturday’s highlights were predominantly social, I had three panels I wanted to attend, Performance 101 in the morning, the Kitacon Untitled Discussion at noon, and Dramatic Readings Theatre in the evening. Performance 101 was woefully under-attended courtesy of Fita-4-Kita and the Build a Mech competing for the time slots, but we few who attended enjoyed it thoroughly, and let that be a recommendation to not miss it again in future. The Untitled Discussion was another great laugh, many things learned about the very real and very… graphic people who work tirelessly behind the scenes and the stories they’ve gathered over the years. Sadly there is little I can say about Dramatic Readings Theatre here, we’re trying to keep this site as family-friendly and safe for work as we are able, but if you happen to be attending a convention and read those words… just go, it’s life affirming, and joyous.

Saturday was also the day I hosted my panel, DMing 101, and… wow. 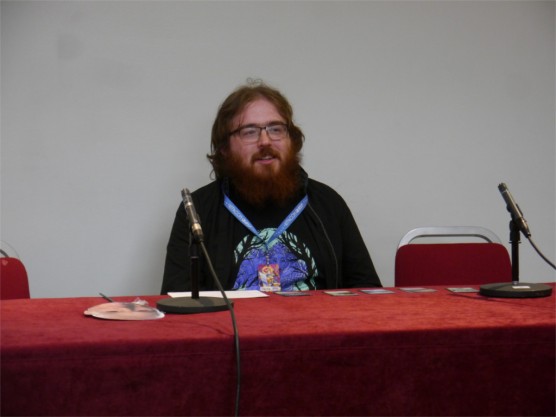 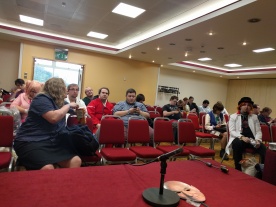 A few minutes before we began

Kitacon attendees, you have stunned me. We over-filled Chancellors 2, and by my count of chairs that was at least eighty people. Tim is currently in possession of the footage, but I’m told that I was entertaining and informative, and so many of you spoke to me afterwards that my ego may well be invulnerable for many months to come. Thank you to the man who gave me the end of his water bottle, the panel would have been a lot quieter without you. Thanks to the “volunteers” who were unceremoniously dragged to the front to participate in my demonstration especially to the guy who not only participated, but massively contributed, and waited for me to ask for questions before announcing he’d been in the wrong room for nearly half an hour. Let this article be public record that I owe you a drink.

Most importantly thank you to everyone who attended, and those who voted in the “Best Event”, at one point we worked out that I was sixth place in the list. Man Man shall ride again!

Sunday for me was a full day of panels, so my every good intention to get some more gaming in was unfortunately interrupted by attending the AMV competition to see Tim’s entry, a jewellery panel hosted by a member of my regular D&D game, the panel that usurped my attempt to run the confidence panel again, Kita’s Got Talent and the closing ceremonies.

Tim, despite his protests to the contrary did a great job on his AMV in a very short space of time. Sarah’s audience was small but heavily engaged, and taking into account the fact that she was competing with Cosplay Chess – a regular crowd pleaser – she did a great job with the people who came along. My congratulations to the young woman who ran the confidence panel entitled “Do The Thing”, not only for making it your first ever panel, but then to get up on stage for Kita’s Got Talent is no small ask; I think everyone left the panel with some positive feelings.

During the charity auction at the closing ceremonies I may have made a rather substantial purchase.

Each is equivalent in size to an A3 sheet of paper, and my final bid after already putting my hand down at £120 was £155. It was a moment worth being part of, a memory worth immortalising, and two fantastic charities that will benefit from my moment of madness. After winners for the AMV, cosplay, best event, and talent competitions were announced and given, upcoming events were shared and more tickets auctioned, there was an emotional farewell to convention stalwart, MC, longstanding committee member, and most recognisable face in the room, Iain Boulton.

Though we have barely been a part of the scene for a few years, it will not be the same for us without Iain on the stage, energising the crowd, as much a trademark as the eight-pointed star and the mental parties. We wish you the best in your every endeavour… unless you were serious about getting back into villainy.

One complaint… just one. As someone who does not party, or at least so rarely you’d never notice, I found that as the evenings drove onward I was left with fewer and fewer options on how to pass the time. At Amecon last year, rooms were left open and available for people to relax and play games, unfortunately we found ourselves politely asked to leave rooms as they were closed early. With weather being so unfavourable it wasn’t really an option to hang around outside, and the indoor spaces still available were universally too loud for any quiet gaming. Sadly I missed the feedback panel as I had to go and hand over a large amount of money, otherwise I’d have delivered my qualm in person. I suspect the issue to be more heavily based in the venue rather than Kita themselves, but it’s something I’d love to see managed differently in future if possible.

But if a lack of a “Chill Room” is the worst of it then all in all it’s not a bad convention. Other than the DMing 101 panel my absolute highlight is being able to see very nearly everyone who I have come to know on the convention scene. Fleeting hugs and exchanged hellos with some, solid catch-ups with others, and games for happy hours with others. You are the people that make these long weekends worth every moment, that’s why the committee and staff thank you most of all at the end of every convention, and I – like them – am doing everything I can to give something back.