It’s an enjoyable thing to review a film that you neither like nor dislike occasionally. You grow tired of the constant compliments or unmerciful dissection, and to find a film that is both good and bad across multiple elements is a perverse delight. Let me start by saying that I enjoyed A Cure For Wellness, but I think my issues with it may stem from having spent a long time critiquing films that predates my time here at GeekOut.

From Gore Verbinski, the man who gave us the best Pirates of the Carribean films, Rango, and The Lone Ranger (can’t all be good I suppose), A Cure For Wellness follows the journey of an upcoming young business executive, one of those nondescript business business men who do business busily, and apparently quite illegally. Having recently been promoted for closing an account with a shady deal, he’s tasked with hunting down a former colleague on whom the company intents to pin the blame; said colleague having written a defamatory letter and vanished to a health spa in Switzerland. Creepiness ensues.

This will not be an easy film to discuss without giving away a few critical details, so consider this a Spoiler Warning. They start early.

A Cure For Wellness does one thing horrors and thrillers don’t typically do. Everything is visually bland, no bold colours to strike the eye, everything white, or muted tones, supported by colour-free props, bottles of clear fluids, meals of potato and aspic, and even then used sparingly. There are no shadows in which a monster could hide, because this is not that kind of film, everyone is content to be at the institution and pay a great deal of money to be there, everything is so calm, relaxing, and unstimulating.

The tension of the situation is built through ambiguity, through perception. Our protagonist (Dane DeHaan) is presented as over-worked, highly strung, perhaps given to hallucinations due to lack of sleep. The sauna scene sees him wandering blindly through the thick steam, getting mazed by the identical adjoining rooms, following a stag to safety before finally finding the man he’s after, who monologues while swimming in a dark, reflective pool.

All of it helps build the conspiratorial feel of the film, the men in white coats and smiling faces, the classic overly cheerful demeanour of those who hold your life in the palm of their hand, and know exactly what they plan to do with it. It leaves DeHaan in a growing state of vulnerability, the last sane man in a madhouse; it’s been done of course but if you do it right it’s always enjoyable, take Hot Fuzz as an example…

An example I’ll come back to, promise. 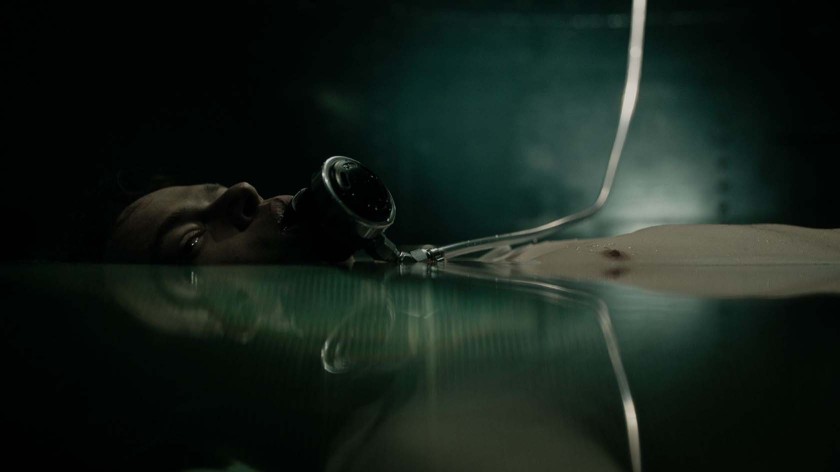 The Water? Really? You Don’t Say!

Big twist, turns out the water is the problem! You’d never guess by how much water everyone is drinking, and how all the treatments are water based, and how much camera time is spent on the water. Dehydration symptoms, everyone drinking water, my god! Who could have seen it coming?

So here it is: eel piss and magic water makes you immortal if you filter it through human kidneys… or something? And they’ve been calling it vitamins this whole time (listen for the comment “tastes like sweaty sea food”. Once upon a time the castle kidnapped people to experiment on them, now they get people to pay vast amounts of money to come along and get “healthy” when in fact they’re just being used to process eels. It’s the twist you see coming from miles away.

So let me take this moment to circle back on my example… the film culminates in our hero fighting back against his captors as they are in the middle of a spooky long-robes-and-thousands-of-candles meeting. Sounds a lot like Hot Fuzz to me! Jason Isaacs role is eerily similar to Timothy Dalton’s in Hot Fuzz too, come to think of it.

Creepy For The Sake Of Creepy

Let me say that the acting in this film is excellent. With people like Isaacs on the cast along with Celia Imrie, Ivo Nandi and Mia Goth, you’d expect it to be high calibre performances all round, and I think Dane DeHaan has pulled a few bad straws that he doesn’t deserve over the last few years. There are some glorious moments of monologue, villainous and otherwise, all in all a well written film that deserves to be watched… mostly.

But there’s a few too many elements that put me off, moments that are creepy for the sake of it. Bodies floating in tanks, lifeless, only to be seen later on, perfectly fine and healthy? The imagery of teeth, teeth that fall out due to the dehydration, and replaced with too-perfect false teeth to give a good and creepy smile, and of course that dentist’s drill scene. They build atmosphere, that’s a fact, but I didn’t feel as though they’d contributed anything. The same applies to the youthful antics of the punks in the nearby town, listening to Oomph! and causing trouble, all very well and good but… why? 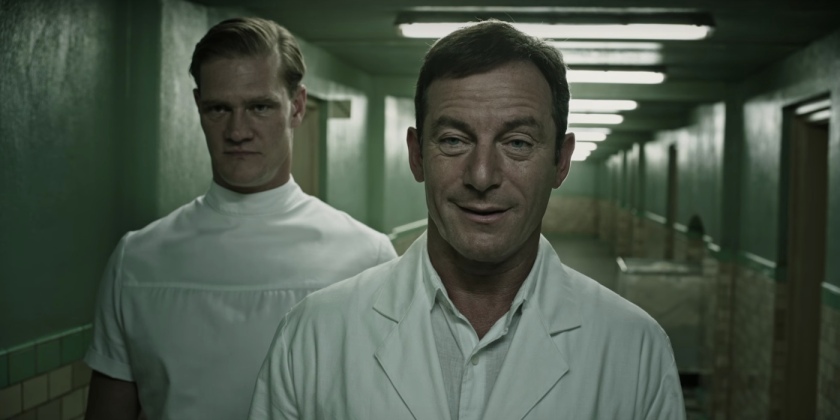 A Cure For Wellness does creepy very well, very well indeed, without the strict need for all the overt imagery. The entire basis of the plot, the story of the baron and his wife, the burning of the castle, and the rather excellent moment when we see Isaacs’ veneer crack for the first time is revolting enough to make the film twist the stomach (not something I’ll go into detail on here). The antlers and heads of deer around the sanitarium after Isaacs’ mentions he couldn’t bear to kill “such innocent creatures” presents a subtle and haunting image.

There’s just too much in A Cure For Wellness that doesn’t quite gel with the rest, so that rather than contributing it ends up diminishing the film over all, and frankly I can effortlessly list three films that do it all better:

There is most certainly a point to A Cure For Wellness. We often get so blinded to the nature of illness that we will seek healing from anyone who offers it, even if we’re not actually ill. The pursuit of fad-diets, “alternative” medicines, and health spas have created an industry for people who tell us how ill we are and tell us how to recover from the ailments they tell us we have. There’s an almost vampiric air to the staff and management of the facility, it’s well done, not brilliantly done.

Short version, it’s worth a watch, but don’t go out of your way. Pick it up if you enjoyed Wicker Man, Stonehearst Asylum, or Hot Fuzz.