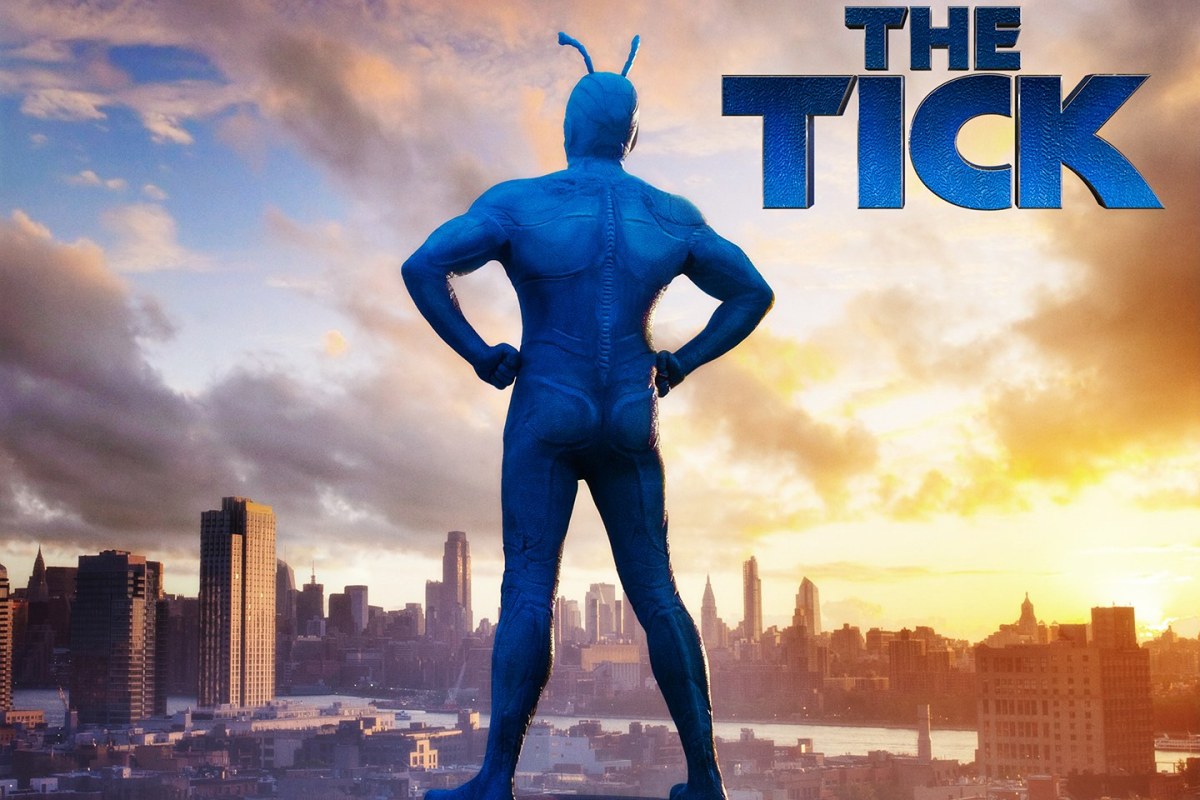 Ben Edlund’s big blue hero has returned for a third outing onto the small screen, this time through Amazon Prime! You may have seen the pilot last year with Peter Serafinowicz donning the cerulean onesie and antennae, and now we have as far as episode six, certainly enough to start drawing comparisons between both the ’90s cartoon, but more importantly the 2001 short series with Patrick Warburton.

Let me say that I have loved the Tick in every iteration thus far, and to this day I haven’t worked out if he’s a parody of superheroes or just plain funny. For someone so dim he is shockingly verbose and oddly philosophical, despite espousing philosophies that simply don’t work in the real world, especially if you’re not bulletproof or unfeasibly strong like long-suffering and unwilling sidekick Arthur. So with my heart on my sleeve instead of in my chest where it should be, let’s start by looking at our live-action adaptions of that jovial giant of justice.

Critics! You face The Tick!

As a general casting choice Patrick Warburton was solid gold. He had the build, he had the voice, and wow! He had the volume! What he did not have was much of a budget, or a particularly flexible suit which was a major hindrance on his acting skills.

If you don’t know Peter Serafinowicz… well you should, but it’s more likely you know the face better than the name. As a staple of the British sketch show and sitcom circuit, he’s played an enormous variety of characters, most recently an officer in the Nova Corps in Guardians of the Galaxy. Physically he’s a lot narrower than Warburton, but his height still makes him an impressive figure, and he certainly has the voice but… well we’ve yet to hear the mighty cry of “SPOOOON” that is so iconic.

Serafinowicz also has a suit that allows him to act fully, very much in keeping with the modernised “body armour” style of current super-heroes, but is that to his advantage? It looks cool, and of course he can move his neck and jaw which is nice, but the smooth skin-like suit was more in-keeping with the mystery of the Tick’s origins. He now looks like he could take the suit off which makes the antennae seem almost out of place. Nevertheless, the new suit does look better than the one from the pilot, aesthetically at least. 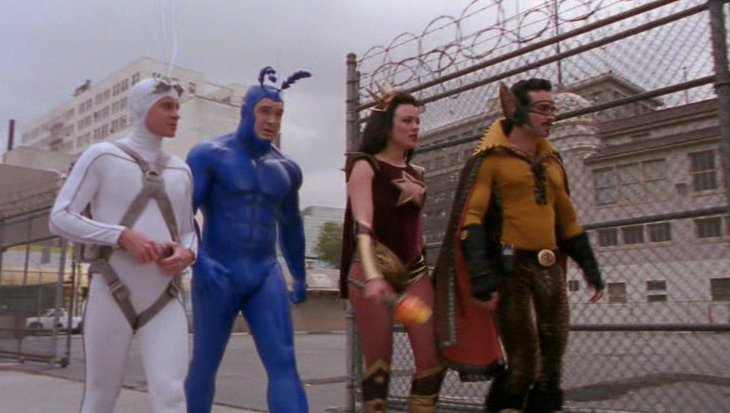 I’m not in the business of dishing out points because of situations like this in which I can’t fairly distribute them. Both have their pros and cons, and supported with the superbly written rambling metaphors of Edlund it’s still same old lovable Tick.

I’ve covered this topic in the past but here we have a rather fascinating case study.

As a kids cartoon the Tick was of course episodic, stories rarely exceeding twenty minutes, and the same is true of the 2001 series, and it lends itself well to the high-paced, comedic, super heroic action. The Amazon series is serialised, allowing for a slower burning narrative, greater levels of character exploration, and a more threatening villain in Jackie Earle Haley’s “The Terror”, notorious nemesis of the super-hero community who rarely gets more than a brief look-in.

We see the Tick from Arthur’s perspective, he’s given a backstory that ties his misguided heroic leanings to The Terror, and tells us about the fall of super-heroism in “The City”. There’s more drama, more mystery, more time for comedic situations to arise organically… and yet…

It’s funny, it is definitely funny, but I can’t honestly say it’s as fun. There’s less action, fewer one-liners, and telling our story from Arthur’s perspective is a little sad, making his cowardice a tragedy rather than a hilarious counterpoint to the Tick’s ignorant bravado. There’s fewer funny characters, nothing is as over the top, or even as ridiculous, and I can’t help but blame the choice to tell a longer story. I laughed, but not as often, and in six episodes there were at least two in which I did not laugh at all.

Much like the Tick’s new suit, the series appears to be following the newer trends of the genre. There’s potential for greatness, potential things to get funnier, and for this story to be a truly fantastic addition to the mythos of the Wild Blue Yonder, but so far I’m underwhelmed. Maybe if Serafinowicz’s Tick got into an argument with a toilet?

I think I prefer the 2001 Patrick Warburton Tick to the cartoon, and that’s an odd thing to say considering how much closer the cartoon kept to the comic and could do more ridiculous things with villains, like Chair-Face Chippendale or The Evil Midnight Bomber What Bombs at Midnight! With the vastly improved special effects and the new characters like Overkill and Onward (the talking dog) we have the potential for more cartoonish buffoonery, but so far all we have is a giant man wandering naked towards a city and a super-villain with a bad static problem. Bring me Apocalypse Cow! At least do something to ladle more fun into this series. 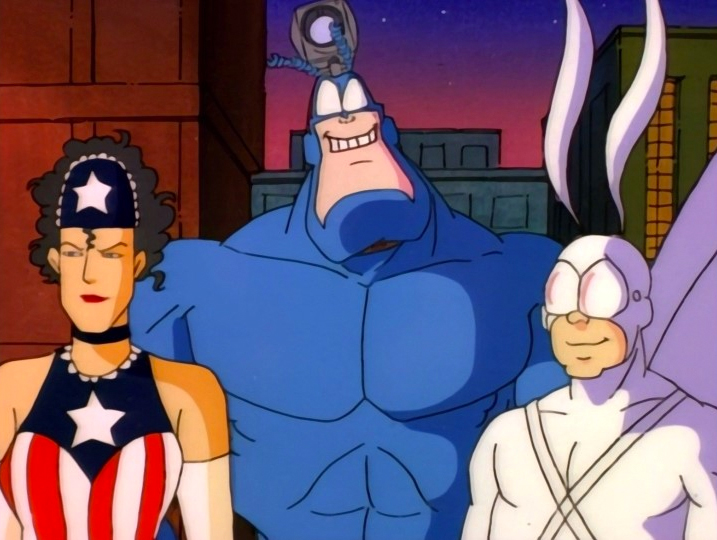 But now that the technology has caught up to us and is so readily accessible… I can’t help but think that there’s a super-hero that could have used the budget to better effect. Why has no one rebooted Earthworm Jim?

So of the three turns the Tick has taken at the television this is my third favourite. It’s a fun series, and if it weren’t for the high bar set for it by history it’d be an instant classic, and certainly it’s good enough to keep me engaged until this first season is over, but my hopes are built upon sand, upon a beach of internet streaming services, and threatened by the unyielding tide of progress! For now let us appreciate this sandcastle of optimism, and fly upon its battlements a flag of good wishes!

One thought on “The Tick vs. The Tick”