For December’s gamer question of the month, we have been asked: What video game character would make a great replacement for Santa? My answer and more. 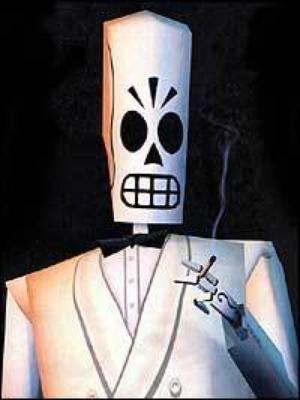 We were asked by the lovely team over at the Later Levels if I would like to take part in doing a monthly Q&A, to open discussion about video games amongst bloggers. If you’re interested in joining in the discussion, leave us a comment below, or reach out to Later Levels. It’s been a few months since we last took part in one of these here on GeekOut South-West, but as ever we’ll be sharing what the question of the month is, as well as what our answers to this question is and our justification for the answers. We’ve not been involved in the past few, but hey, we’re back! Development of some projects is taking longer than expected, so here’s a chance for us to kick back and enjoy some hypothetical questions – This is the question of the month:

Which video game character would do a better job than Santa?

Naturally, whilst we could do the lamest thing and suggest any game that has a version of Santa in it, we’re not going to. So characters who just wear a Santa skin aren’t going to be considered by me, along with any character that doesn’t even do what Santa does. So before we go into our answer, here’s what my definition of Santa is:

Santa is a man who has questionably supernatural properties over the land of the living, who has one purpose and one purpose only – To deliver goods. He’s effectively a glorified and somewhat magical delivery guy.

Why would anyone pick Manny Calavera to be their Santa? Why would anyone choose a grim reaper to be the next Santa? Well, Discworld did it with the Hogfather, getting Death to effectively become Santa – and in this case, Manny Calavera is already well known for being good at delivering exceptional goods to his clients. Sure, he’ll drink all your booze, which is a tad more expensive than milk, but he doesn’t need mince pies! Who said travel insurance couldn’t be lots of fun? Plus, the compass on the handle of all the kids toys will sure come in handy!

But that’s enough from me – What would you choose as your favourite video game character to replace jolly old Saint Nick? Do you think any other character out there could give off a more father christmas-sy vibe than Manny? Stay tuned as the rest of the crew getting involved will be writing up their characters soon enough – and check out Later Levels in the coming weeks, as the poll should be put up, so all of you loyal readers (go vote for my choice!) As ever, let us know your thoughts and opinions below, or over on Facebook or Twitter.