Happy new year, you bunch of nerds! It was great to get a new year of GeekOut Meets kicked off with you guys, and true to form we only got bigger and better, more people, more new faces, more new games, and yet another unapologetically brutal quiz to test even the deepest of nerdy knowledge.

No more talking! On with the gallery…

You voted… and I still ended up having to decide. I picked Dough & Oil, a new pizza place with a pretty varied menu, friendly staff and a Reuben bagel to go back for, possibly a few times, maybe with fewer board games because damn the game bag is getting heavy! A couple of us sat and had a quick meal and a game or three of magic before we stepped outside to find the heavens had opened. Turns out the heavens are full of water. Thanks to Big Orbit for supplying me with emergency board game waterproofing so that we could make it all the way to Monty’s without being too soggy, including a detour to get Sharpies. 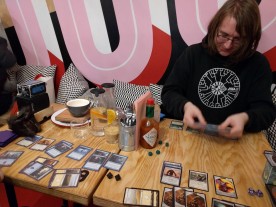 As Murray and I sipped our non-alcoholic soft drinks from unnecessarily fancy glasses, we set up for an afternoon of revelry. The games library was put in place, along with this month’s unique element, The Resolutions Box! I had you guys commit to something geeky, something you would not usually do in an average year, and then sign the box; we’ll find out how well you did in December.

And at long last we have some of Monty’s own staff joining in like they’ve wanted to for months. Hope you guys enjoyed yourselves, I know that we all enjoyed your company.

The resolutions box before 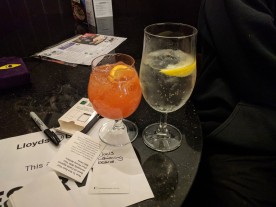 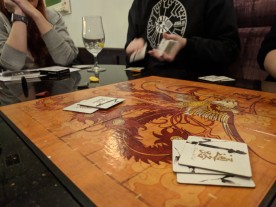 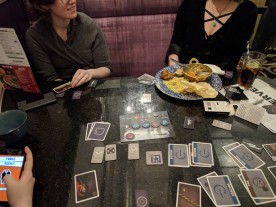 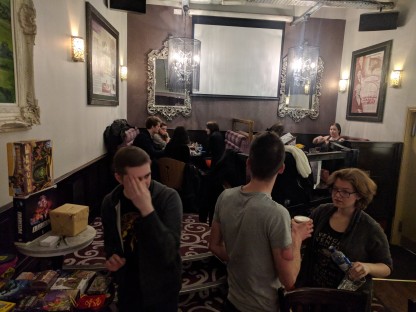 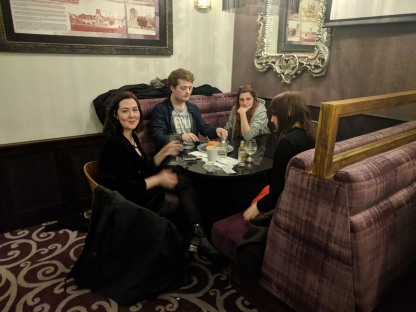 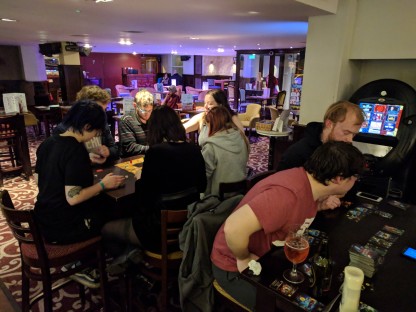 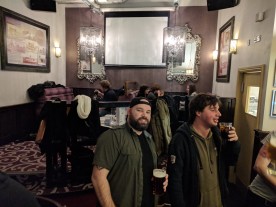 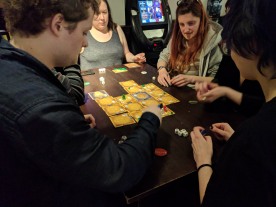 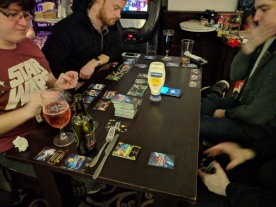 The resolutions box after 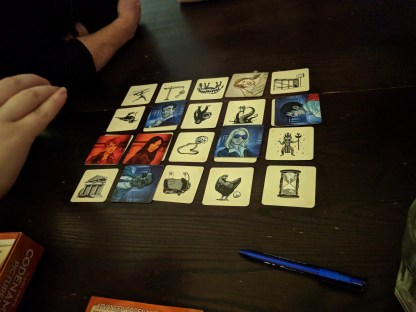 The quiz… my terrifying collection of trivia and mind bending challenges designed to fill you with rage, as for the ninth time you yell – perhaps a little too loud – about how you’re certain you know this one. The winning score fell just short of half the right answers, and earned their disappointing crayons and paper pad, and I’m reliably informed that they couldn’t have done it without the help of newcomer Tom. 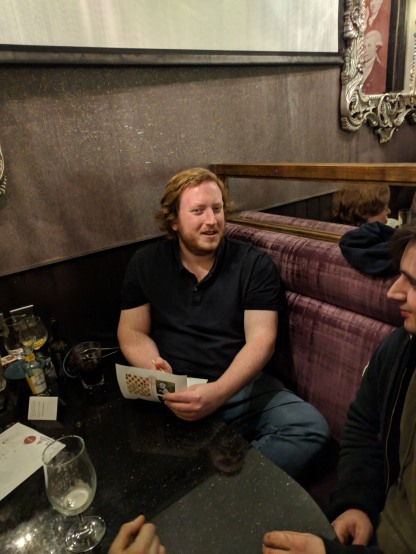 A gladly given shoutout to local podcast, Thor’s-kin. We had the pleasure of Alex’s company, and he told me about their series Superhero Barfight. I’ve racked up a few episodes on my watch later list, but the episode Punisher vs Red Hood was a great listen, the same kind of conversation we’ve all had – “Who would win in a fight?”, a similar vein to Screw Attack’s Death Battle, or Super Power Beat Down, but Thor’s-kin are holding theirs tournament style.

February 22nd is Sweet Lovecraft, and for the nature of the competition you can expect to see the event hosted earlier than normal on Facebook and Meetup. We want to see the best Lovecraftian Valentine’s cards, some token of affection for the one who drives you mad! Tentacles encouraged but not required, puns necessary, and if you need any inspiration check out Librivox for public domain audiobooks of some of the best works of H.P. Lovecraft.

See you in a few weeks.