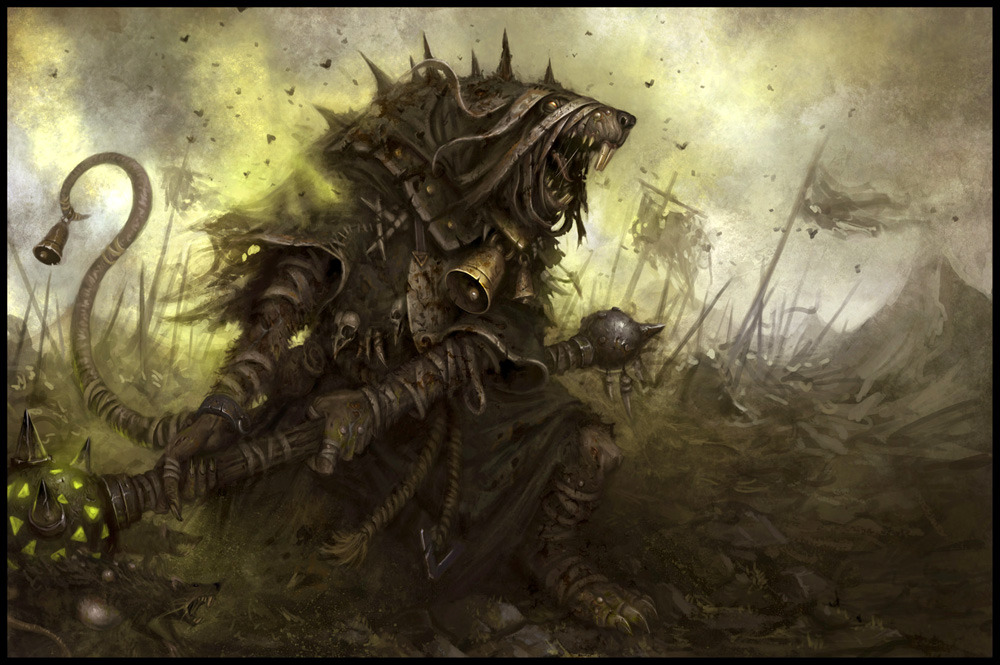 The Warlock draws his power from strange and terrible forces from beyond the world. Often evil in their own particular way, these are entities who cannot garner followers, and so must bargain for indentured servants to do their bidding. Cruel fiends, capricious fey, deranged elder things, and dead gods need things too.

Here I give some examples of how patrons may approach, co-opt, or otherwise bargain with their warlock servants. I’ll be referring to and utilising Dungeons & Dragons 5e rules, but I’ll leave it suitably ambiguous so that it can readily be adjusted for warlocks, shady spell casters, and dark cultists in any setting or edition.

It Took My Eye

“I tell folks it was an accident, some flying piece of grit, clerics couldn’t save the eye, but truth is I woke up like this, eyepatch and all. Sometimes it still sees things, sometimes they’re things no one else can see, sometimes it’s places where I’m not stood. Wonderful things… terrible things. No, I still don’t know who took my eye, but there are days when I’m glad it did… nightmares and all.”

This is an Archfey pact warlock, a Fomorion lordling using his network of warlocks as spies and unwitting agents as they war and rage against the Fey lords who twisted their flesh into grotesque monstrosities. Your pact is the Pact of the Chain, binding an imp to you to whisper invisibly in your ear, suggesting courses of action that will greatly benefit you, and your master. 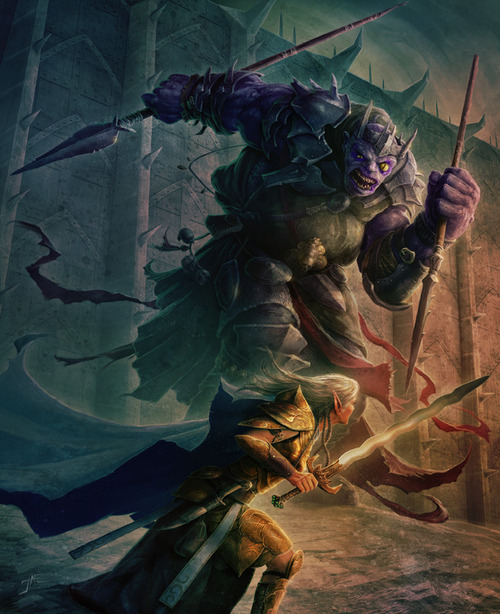 Your choices of spells and invocations will be heavily oriented towards eyes, such as Eldritch Sight, or Gaze of Two Minds, and a generous DM may even allow you to cast spells like Arcane Eye that do not appear on your spell lists. Spells like Ray of Enfeeblement, Crown of Madness, and Hex cause hideous mutations of the flesh of your victims. Spells granted by the pact like Plant Growth never appear as pleasant as they sound, producing twisted reflections of nature with thorns and grotesque discolouration, and illusions always carry some disquieting twist.

The character him/herself could be anyone (who is not fey like an elf), better if they’re no one, just some innocent caught up in the whims of a mad giant, oblivious to why they might have been chosen, constantly fearful of the whispering devil on their shoulder. The change has brought some quirks, a sudden hatred of elves as they now appear repulsive, a wanderlust that drives them into the darkest parts of the world, but uncomfortable and fidgety in calm and idyllic towns and villages.

“I don’t think knowledge can be dangerous, is that even possible? It’s just a book, and to be honest I can’t decipher most of it. I guess he was writing it in some kind of code, but there’s other languages and alphabets in here, but isn’t this amazing? Look at the sketches, you can even make out the inscriptions on the pillars! I’ve been working on this for a while now, I’ve managed to work out some of the early passages, there’s spells in here, really useful stuff…”

This Pact of Tome begins with a simple black book, with pages torn out and added, with pieces of paper hanging out at odd angles. Studying it makes the reader slowly loose their minds, forming an unwitting pact with a Great Old One, although no elder being even acknowledges your existence, you have still tapped deeply into their secrets and knowledge of the hidden places in the world where they once lurked. 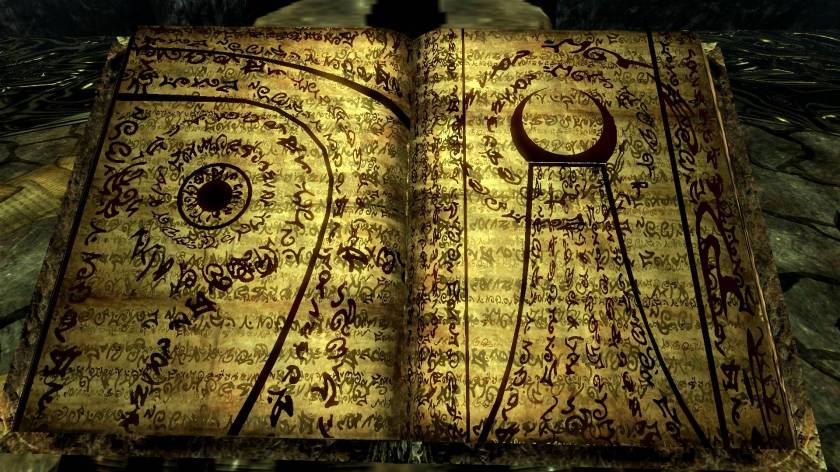 Spells and invocations will be focused around knowledge, expanding the book further and further. For flavour, there is an invocation in Xanathar’s Guide that allows the warlock to forgo sleep in favour of reading the book all night, which may help further unsettle the adventurers around you, and Eye of the Rune Keeper allows you to read more and more, both in the Black Journal, and elsewhere. You will use Detect Thoughts as often as you possibly can, especially in crowded rooms or when in the company of scholars or people of power.

The holder of the Journal may be a student, perhaps in an institute, or beholden to a local scholar, studying at his feet as he slowly loses his mind and dies knowing more than any mortal should. The Journal should be an ever present focus for the character, and it should always be implied that it holds some fundamental secret of the world, such as the key to apotheosis, or a single action that will unravel all magical power, rendering the world mundane and at the mercy of nature… or vulnerable to something wholly unnatural.

“Priests didn’t do anything, herbalists wouldn’t touch me, I was on the brink of death when someone else came to me with a better offer. No more sickness, all gone overnight! All I had to do was carry the blade, and follow my nose around, y’know, get into trouble, make some coin, I can do whatever I like to be honest. I don’t like to stay in one place too often though, people start getting ill… and yes, I know why.”

Fiend pacts are typically the realm of devils laying down slick contracts for the souls of mortals, but it’s not wholly unheard of for a demon of the highest orders to recruit some fool to sew chaos in the realm of mortals.  The Pact of the Blade summons a sword not made of metal, but of a strange organic substance complete with suppurating sores, and coated in an unpleasant greasy substance. 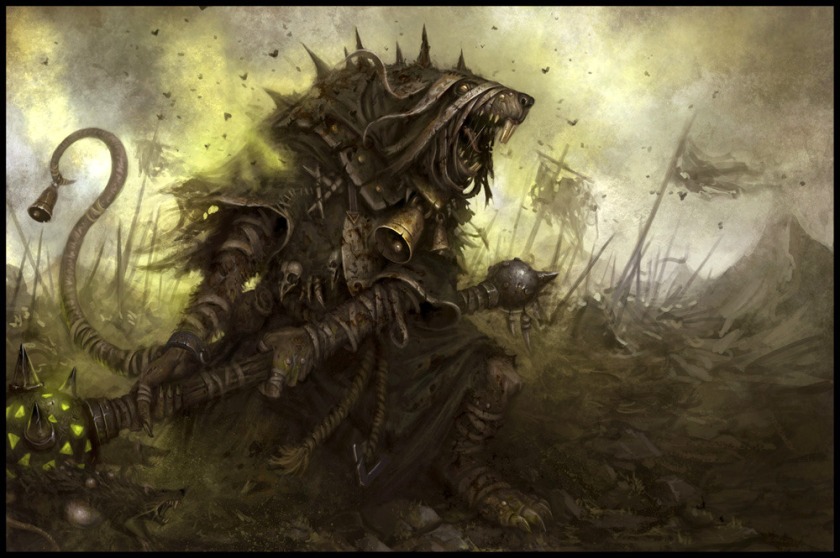 Poison, necrosis, and curses should appear commonly in your spell list and invocation choices, Infestation, Poison Spray, and Hex are a great start, and Gaseous Form has some terrible connotations for the carrier of some terrible disease. A fun DM might even design a plague for you to slowly infest settlements with, or to sew amongst army camps, or change some damage types of certain spells, all at a terrible price of course. Those you travel with – despite being hale and healthy compared to the common citizen – are not impervious to your presence.

The character should have an incredible joie de vivre, drinking and celebrating and desperate for company and revelry in between bouts of life-threatening adventure. The long journeys from town to town and civilisation to haunted ruin are nightmarish periods of boredom. Having been healed of their sickness, they want to embrace life to the fullest hedonistic extent, but they’re not oblivious to the plight of those suffering around them, and a cure will be one of the first things on their to-do list.

The list of articles for this series of ideas for your characters and campaigns is only growing longer!

No seriously, I have a list of forty-three titles where there were only twenty-something before, your votes are essential to helping me get through this and making some kind of decision. Next week, magic items created by the feral hyena-folk, Gnolls; patrons willing to give money to sociopaths in exchange for potentially fatal services; or a town for your players to settle in for a while, until kicked out.