In Storytelling, one of the most important aspects to draw attention to is the landscape of the world you’re transporting your readers too. Often, a new writer will start by writing about lush landscapes and gorgeous meadows. This is all well and dandy, so long as there’s a reason why everything is so perfect. However, today we won’t be looking at meadows; instead, we’re going to pump the city smog into your writing. 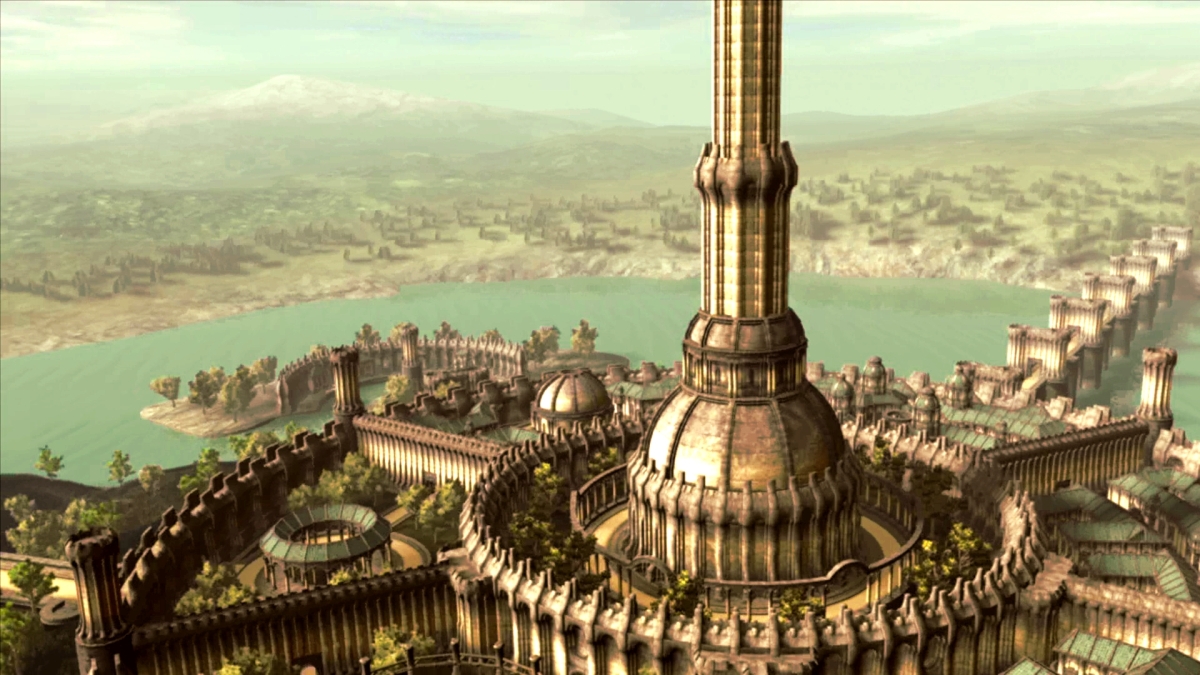 In Storytelling, one of the most important aspects to draw attention to is the landscape of the world you’re transporting your readers too. Often, a new writer will start by writing about lush landscapes and gorgeous meadows. This is all well and dandy, so long as there’s a reason why everything is so perfect. However, today we won’t be looking at meadows; instead, we’re going to pump the city smog into your writing.

An interesting element of cities, which really doesn’t get the credit it deserves, is the specific culture of the place. People live in cities, meaning they help to shape that city, often influenced by it. If a city was set up by a band of bandits, perhaps the city is most treacherous? Perhaps the city is rapidly expanding, so the citizens are very work-focused. Every city is different and should be treated as such.

You know, some of the worst cities I’ve ever experienced in fantasy are tabletop RPG cities… But don’t take this as a dig at tabletop RPGs at all. The point of a city in a tabletop game would be to get your characters to stock up; to get quests; to interact with key characters or to set up a fight of some kind. As such, whilst a great DM will go out of their way to tell you some of the finer points, such as which god is most followed, the population density, backstreets and even local rivalries.

For an amazing example on how to make a city so full of life, I implore you to read up any Discworld story; specifically any one that takes place in Ankh-Morpork. The city is full of life, characters, jobs (which is a massively important part of city life) and even guilds. You get to experience the hustle and bustle of the city, which makes a difference to the reader. They get to feel like everything is as it is due to culture, not because it’s just funnier that way.

Naturally, storytelling goes beyond just books, but into loads of different media. One of my favourite examples of a busy city is in The Elder Scrolls IV: Oblivion. The Imperial City is one of the largest, busiest cities in the game. There are districts in this city, which talk about the social status of the people at that district, along with what types of jobs that person works with. Ultimately, every person feels like they’re going about their lives, without it feeling forced. The same level of attention goes through to many of The Elder Scrolls games, but the Imperial City always felt the most natural, to me.

Today, we’re going to write an incredibly short story of a man who needs to go to the shop, as he’s aware he’s going to be snowed in tomorrow.

The Day They Were Told

The year was 2118, at least that’s what my calendar told me. We had all heard the news on our Auto-Announcement Devices, AAD’s as we call them – We were going to be snowed in. We knew this day was going to come, but none of us could be prepared for such a sudden, terrifying prospect.

I was going to be fine, though. I had everything I needed – Plenty of food and drink in the house. Everything was going to be okay. I can survive one day being snowed in my warm, comforting home.

But not everything was going to be okay – I opened my bread bin to find I had no bread left! I was so hungry, I needed a sandwich. Sure, I could have made anything else to eat, but that’s not what I want! I wanted a sandwich and that’s all I could think about! I made the decision then and there that I needed to go get some bread from the shop, before the snow settles.

I put on my walking boots and opened my front door, feeling the cold air and seeing my breath the moment the door opened – It had already begun. I looked up and down my street, as I lived halfway down the road. People, men and women, boys and girls, along with the family dog – They were all running. I heard screams of terror: “Oh God it’s happening again! We’re going to die if we don’t get in quick!” People fled into their homes, doors slamming shut. I wasn’t going to take this – I needed my bread!

As I stepped onto my street, I looked down to the end of the road, where another road met it in a T-Junction. Cars were going past at speed, but that’s not what I cared about. I saw that the sign for the local shop was still lit up. Someone must be selling bread right now!

I made my way down the pavement, walking past a good number of houses, all of which I could see had lights on inside. The pavement had always been a cobbled mess. It’s a surprise that there had been so few accidents on it, but the snow was going to make the stones much more slippery. I was careful to watch my step, as a lot of driverless cars were in a full frenzy mode, getting their owners home as quickly as they could.

When I finally got to the crossing and pressed the button to the pedestrian crossing, panicking to myself. I knew that if I didn’t get into that shop fast enough, there’d be no bread left. I was worried, but not so worried about the snow, which was beginning to build up a little bit. If anything, it made the walk more satisfying, as it crunched underneath my boots.

The red light came on for the cars, making all of the driverless cars stop. A man put his head out of the window and waved his fist at me “Ey, you! You’d better not be going to buy that bread!” I flipped the man off and crossed the road quickly. The city council were good at making sure these crossings were safe. I made it to the other side, effortlessly. I stepped past the bicycle racks outside of the shop and walked up to the door, which opened automatically for me.

Stepping into the warm, familiar shop, I looked for the store clerk who was on duty today. It was Tammy, she was always good. Service with a smile and not bad at flirting with, I can tell you that much. I was a very lonely man.

“Hi there, Mr. Hinglesbury!” She said, clearly trying to flirt with me again. What an improper way to greet just a customer!

“I have no time for this, Tammy! Tell me, how much bread do you have in stock?!” I was impatient at this point. Tammy looked confused.

“No time for what? Oh whatever, the bread is fully stocked today, people have been pretty good-”

Confused, Tammy walked behind the counter as I began to grab every bag of bread possible. The bread was on the same aisle as the milk, eggs, flour, baked beans and instant noodles – You know, the important stuff for the kitchen.

I laid down thirty loaves of bread onto the counter – This was all the bread they had. Tammy shook her head in disbelief.

“You know the snow’s going to be gone by Monday, right?”

“I won’t be taking any chances, Tammy!” I watched as she scanned the bread through her till. I put my arm out and she scanned the barcode on my arm, deducting ninety pounds from my account. Inflation had hit us hard, along with the fifteen pence we had to pay per carrier bag. She gave me ten carrier bags of bread, which was much easier to carry than thirty loaves of bread!

“Thank you Tammy, if we make it out of this alive, I will be back for you!” I blew her a kiss as I made my way for the door – I knew she’d like that, but I thought I caught her rolling her eyes at me. It must have been my imagination, I totally knew she liked me.

A man bumped into me as I was about to leave, making me drop one of my ten bags. He apologised, as he should have done and helped me get my bag back. I quickly then made my way to the crossing. I could have sworn I heard the man shouting at Tammy about there being no bread in stock, but that’s ridiculous, I just bought lots of bread from there!

The journey back to my house was uneventful, even if there were lots of men and women rushing to get home.

At least I wouldn’t be without my sandwich during this dreadful snowfall. I finally took off my walking boots, then turned to the left, to walk into my kitchen.

My AAD suddenly sprang to life: “Quit loafing around folks, supermarkets and small shops alike are saying they have ran out of bread. One local retailer, the clerk of Bread ‘n Stuff, had this to say…”

“Bloody ‘eck, one minute we had lots of bread and the next, a man walks in and buys thirty loaves of bread! Now I’m in trouble for letting him buy the stuff he was allowed to have!”

“Shocking, most shocking. Thank you for your interview today, Tammy. Hopefully, you all get to have your sandwiches.”

I scoffed at the AAD report. “Letting one man buy all of the loaves of bread? I have no idea what would make a man do such a thing, or why anyone would be so foolish as to allow him to do so. Don’t they know people need their sandwiches during this snow?!”

I opened my fridge to get the butter out.

… There was no butter in the fridge.