Bringing a unique spin on the platformer genre, Colorblind features a little eye with legs that must run and jump its way through a dangerous world. In a bid to go and save its friend from an evil ominous cloud, our protagonist must find colours to go and traverse the treacherous journey ahead of it. But how does the game stand up on an already bloated market? Let’s have a look and see what eye think of it…

Bringing a unique spin on the platformer genre, Colorblind features a little eye with legs that must run and jump its way through a dangerous world. In a bid to go and save its friend from an evil ominous cloud, our protagonist must find colours to go and traverse the treacherous journey ahead of it. But how does the game stand up on an already bloated market? Let’s have a look and see what eye think of it… 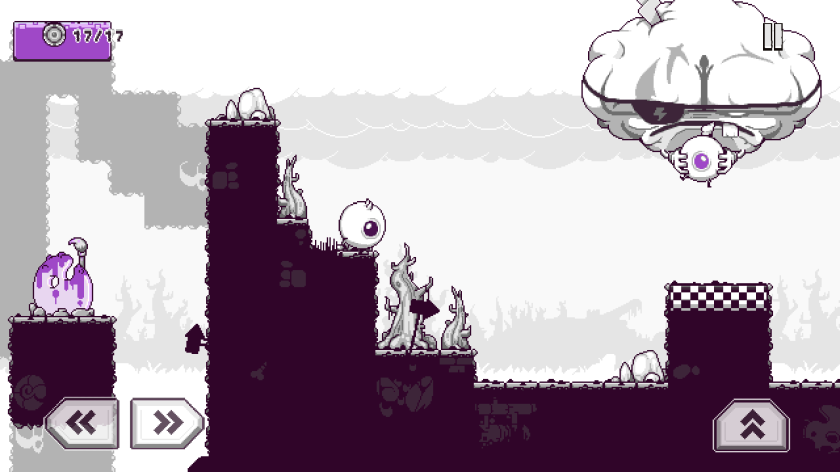 The story is very minimalistic, as is typical of a typical platformer. In fact, I covered most of this in the opening spiel of the article. You are playing as a color-blind eye. In hopes to save its girlfriend, another eye, our hero has to go and seek out colours that’ll help it travel across the dangerous world. Each time it completes a level, it stares down the evil cloud who runs off with its girlfriend. Will our heroic eye seize the day and find its eyeball girlfriend?

Anyway, I guess the protagonist is male and the friend is female, but in truth they’re both eyeballs with legs and different hairstyles. 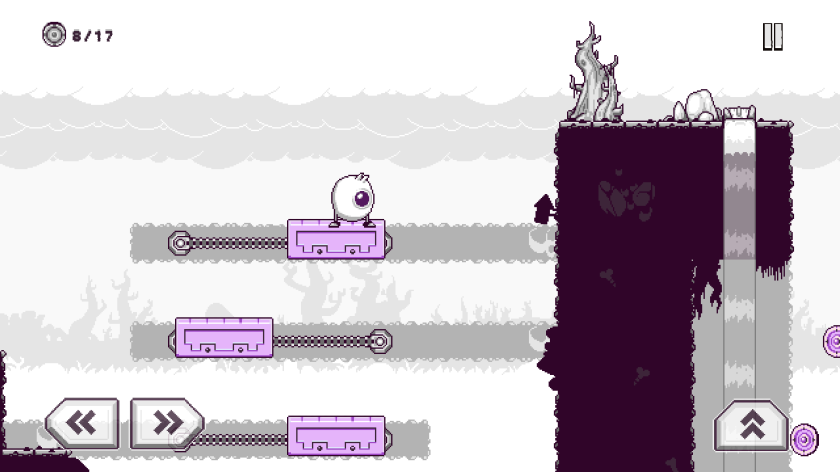 If you’ve ever played a platformer, then you’ll know how this game works. You move to the right, jumping over obstacles and dealing with puzzles. The only thing that may surprise some people are the mechanics of the colours. Different colours will activate different blocks for the hero to jump onto. However, these different colours will also activate different traps. Some of the blocks to continue are also traps, so you have to keep your eye out on each element you reveal.

As is true of many platformers, you simply play through the game in a sequential order, with multiple different ‘worlds’. All of these worlds act as a hub for the levels, being brought together by a small cinematic between worlds. Interestingly, there are no real ‘boss fight’ levels, but the game doesn’t feel like it needs it. The final boss of the game exists, but there’s no end of level boss… Mind you, the levels can be challenging enough. 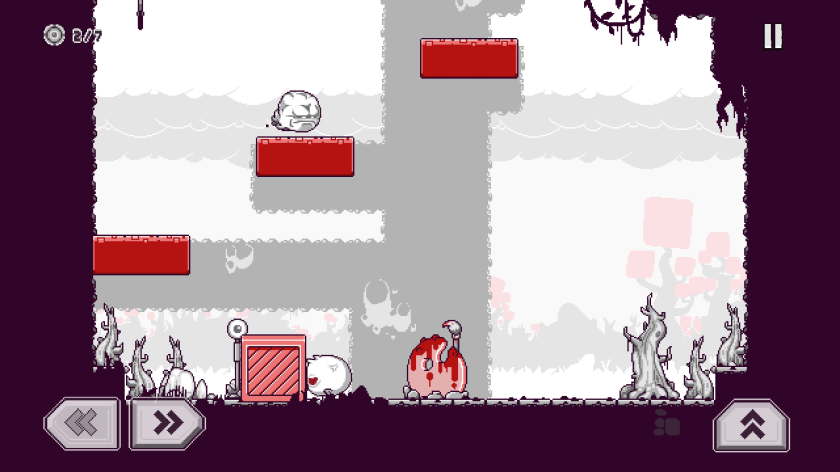 If I had to make a small note about the controls; it’s very smooth. Seriously, it’s incredibly smooth for a game on Android. My phone supports up to 10 touches at the same time and the game takes advantage of this nicely. It recognises people pressing right and the jump button simultaneously with no real input lag. I find this seems to be relatively rare in games, as often there’ll be some form of delay.

As a last note, one thing I think is a slight negative, but I fully understand why they did it, is with the checkpoints. You either have to pay using the coins you’ve been collecting, or you can watch a video or get the premium service. Now, I’m glad that they have given an in-game way to get the checkpoints, however it is quite unfitting for a puzzle platformer to do this. Nevertheless, it’s still better than having no option for a checkpoint and hey, watching a video isn’t a problem if you want to support a seriously good game like this. Further to this, there are adverts in the game, usually after a finite amount of deaths and sometimes between levels, but the ads aren’t too long.

The game is deceptively beautiful, which strikes me as odd with its black and white motif. The artwork is genuinely pretty, as it opts for its own artistic flair and does not rely heavily on a pixelated style; a style which is so prevalent in the genre. In any case, seeing is believing, so check out our gallery below: 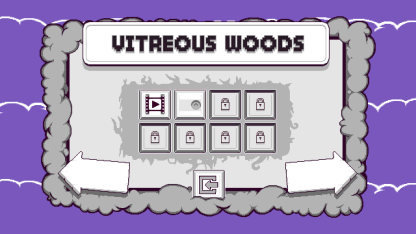 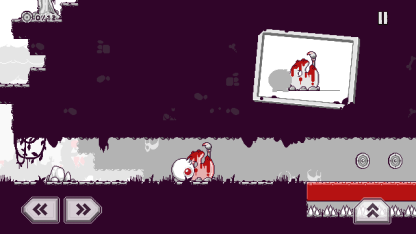 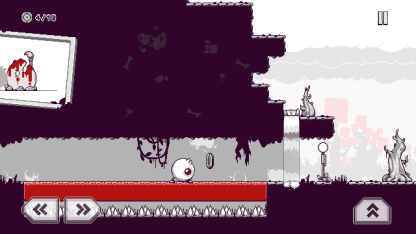 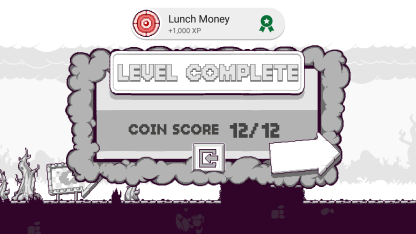 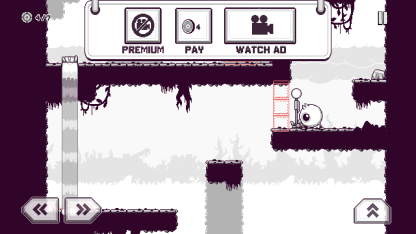 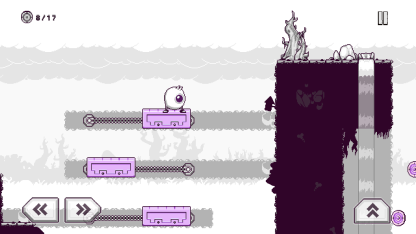 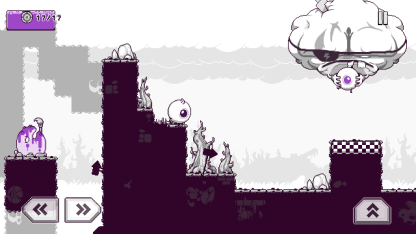 A really fun element of Colorblind is the music, which seems to change as you adopt different colours throughout the levels. There is basic music, which is when you haven’t gathered the colours – But as you collect a colour, the music changes somewhat. It’s a nice spin – Not completely unheard of, as there are many games which have elements like this, such as BIT.TRIP RUNNER, albeit the latter is a rhythm game.

I genuinely think this is a hidden gem on the Google Play Store. If you’re a fan of platforming action, then you really must pick this game up. It’s free and whilst there are ads, they can be cancelled and they’re actually quite reasonable. For a free game, it genuinely feels polished and well thought out, so this is probably a must-play for any Android user. Naturally, it’s on the iPhone too, so if you have an iPhone or an iPad, you should try this out.

Now we pass this over to you – Have you seen enough of Colorblind, or are you still fumbling in the dark about it? Let us know your thoughts on the title in the comments below, or over on Facebook and Twitter.