When The Dark Knight hit our cinema screens, it was somewhat of a revolution for superhero movies everywhere. It brought out that dark, gritty side that Batman has been needing on the big screen for some time. Jump forward a year to 2009, we ended up with Batman Arkham Asylum. This did for superhero video games what The Dark Knight did for superhero movies. But does the game hold up just as well in 2018, nearly a decade on from the games original release? I decided to finally pick the game up, after having it in my Steam account for many a year.

When The Dark Knight hit our cinema screens, it was somewhat of a revolution for superhero movies everywhere. It brought out that dark, gritty side that Batman has been needing on the big screen for some time. Jump forward a year to 2009, we ended up with Batman Arkham Asylum. This did for superhero video games what The Dark Knight did for superhero movies. But does the game hold up just as well in 2018, nearly a decade on from the games original release? I decided to finally pick the game up, after having it in my Steam account for many a year.

Upon capturing the Joker once again, Batman brings his captive back to the Arkham Asylum. The Asylum, run by Warden Sharp, is a psychiatric hospital to try and help the criminally insane rehabilitate. Once the Joker makes his way inside however, it turns out that the easy capture Batman managed was intentional on the Jokers part. The Joker gets free from his captors and goes deep into the asylum, taking it over for his own evil ways. It’s up to Batman to shut down the Joker’s show and put him back behind bars. 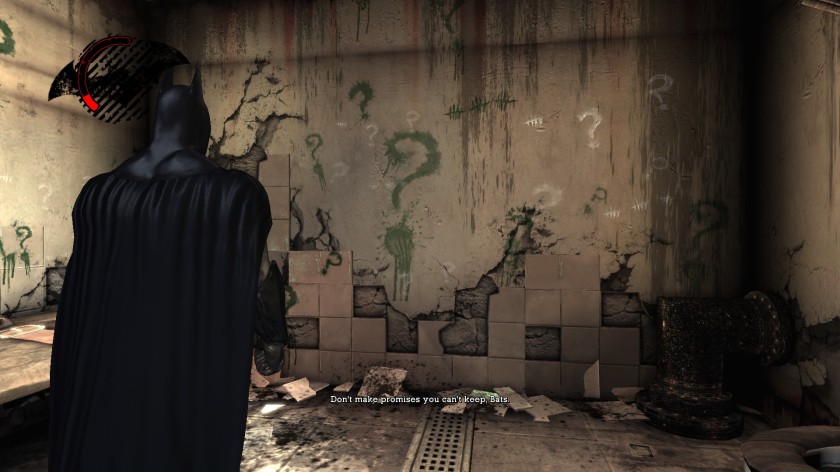 You take control of titular superhero Batman, using his array of abilities. It starts off with Batman just being able to string together a natural sequence of punches and kicks to take down his foes. This might just be a simple jab, or a kick – And then as you play through the game, knocking enemies unconscious, you earn experience to allow you to build upon these skills. This can take the form of a new combo move, or in the form of using an item as an assist. It’s a very intuitive, clever fighting mechanic which makes the game go smoothly throughout.

As you explore each area, you will have to beat down enemies, before taking on what’s effectively a boss of some kind in many areas. You unlock more areas by unlocking more of his items throughout the game, such as the Batgrappler, or the zip line. These tools are used to open new areas, combat the various enemies in the game, or to find secrets such as the Riddler Challenges which are left around every level in a variety of places.

To help you find your way, you must use a combination of your fighting skills and your detective skills, as you can switch between different vision modes – From just his normal view, to detective mode and sometimes to tracking mode. The detective mode also allows you to see enemies that are nearby but behind walls, allowing you to gain some valuable information about what you’re about to face. Furthermore, some of the Riddler challenges are hidden and only viewable in detective mode.

Finally, as well as the main story mode, there are a number of challenge modes for you to complete, character bios to collect, along with interview tapes from each of the characters. This allows you to build the bigger picture as to why they are all in the asylum and how they contribute in their own ways.

Arkham Asylum has quite a unique look about it; I personally will be bold here and say that I think it is graphically superior to Arkham Origins, because it understands lighting for emphasis much better. True, the actual physical graphics of Origins is indeed better, but whenever I look at it, the game feels too shiny and smooth, as opposed to Arkham Asylum, where everything feels dark and gritty. Feel free to disagree with me, as we will always post what we believe here – and we also think you should be able to see it for yourself, so you can make your own judgement. Check out these screenshots! 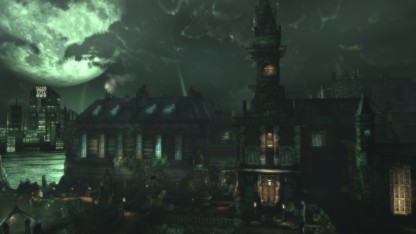 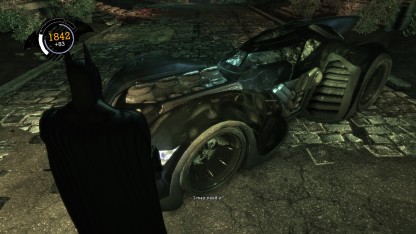 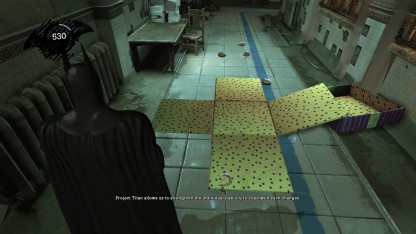 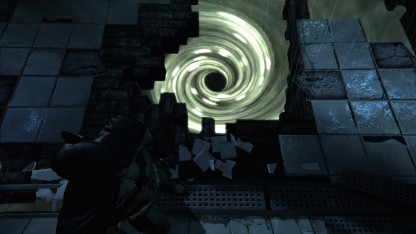 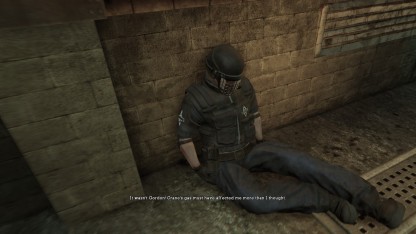 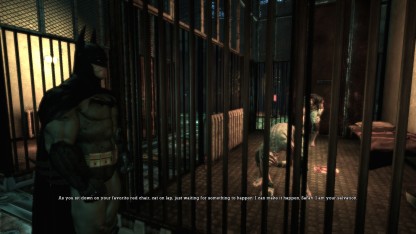 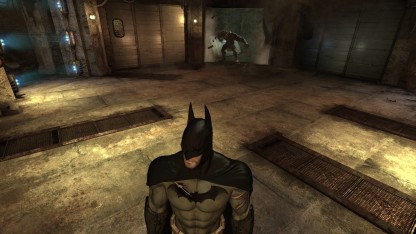 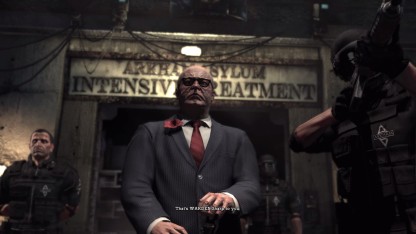 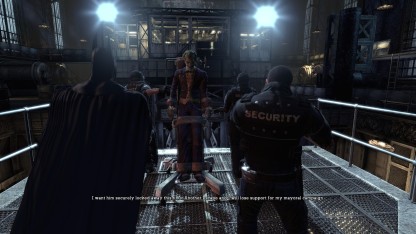 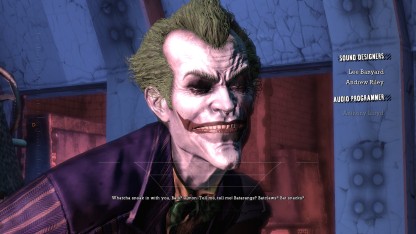 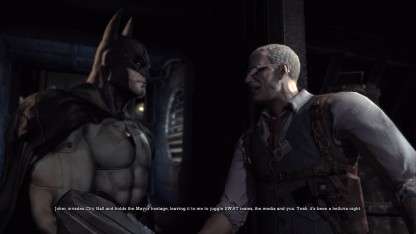 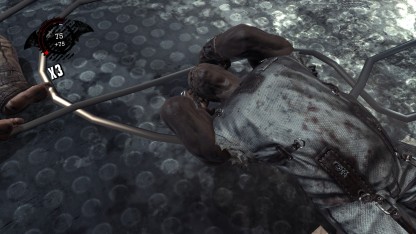 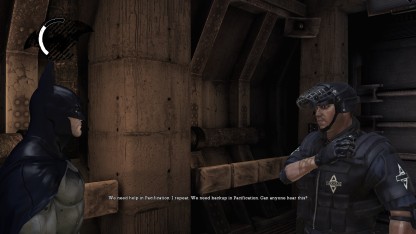 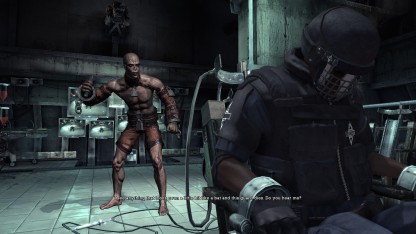 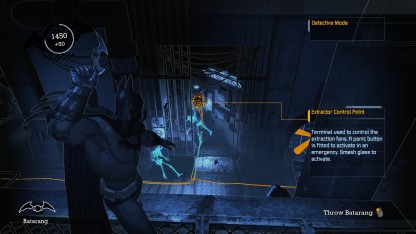 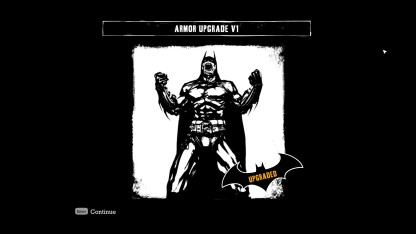 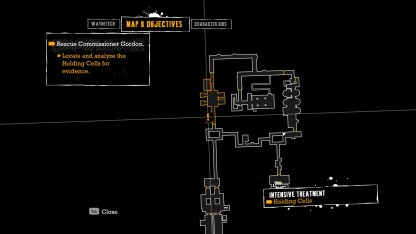 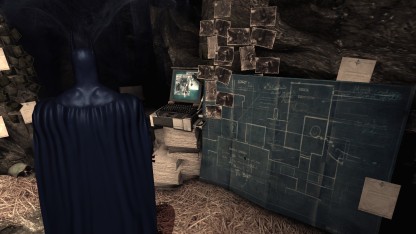 The music of the title is genuinely dark and brooding, which sets the tone of the whole game nicely. You have long, drawn out sounds to match the length of the night. You’re going to be locked in a lot, with sharp, striking sounds. You’re also going to have fast paced tone during action scenes, upon which draws seemlessly back to the music of whatever zone you’re in. All in all, the music is exceptionally complementary, with the scenes around Scarecrow being amongst my favourite in any game.

Oh… And before I forget, let’s quickly mention how the game has Mark Hamill performing as the voice actor for the Joker. If you don’t think that’s significant, check out this link for a YouTube video of the voice acting… And mostly laughs. There’s a lot of Joker laughs in that link.

This may very well be the perfect superhero game; at least, in terms of an action title. There’s only one point which frustrated me beyond belief, which was a room with a Titan minion and a bunch of normal thugs. The area was a small room, with electrified walls and elevators where more minions came down, along with an even smaller secondary room. Until that point, the game had been plain sailing on hard mode. This one bit challenged me ridiculously. Nevertheless, ignoring the small problematic moment, the rest of the game has genuinely been a treat to play, from start to finish – and because I’m a perfectionist, I will not be truly finished with this game until I have finished every Riddler Challenge. But, hey, that’s not going to take me that long.

Now we go over to you – Have you played Arkham Asylum and what did you think of it? Do you know that dreaded previously mentioned room with the titan?! Did you get through all of the Riddler Challenges? Let us know your thoughts in the comments below, or over on Facebook and Twitter. Hey, check back soon, as in the not too distant future, we expect to have a review out of Arkham City.