Hoo boy, I can’t believe Pokémon Go has been around for over 2 years now. It was released back in July 2016 and, back then, it was considered to be a major success. However, as time went on, the audience somewhat dwindled. Then, after some major work by Niantic, the user base picked back up and we’ve now got the diverse game it’s become. I too have gotten back into the craze, so I thought I’d talk about the differences from the 2016 release and now. Hoo boy, I can’t believe Pokémon Go has been around for over 2 years now. It was released back in July 2016 and, back then, it was considered to be a major success. However, as time went on, the audience somewhat dwindled. Then, after some major work by Niantic, the user base picked back up and we’ve now got the diverse game it’s become. I too have gotten back into the craze, so I thought I’d talk about the differences from the 2016 release and now.

Right, let’s begin with the obvious bit. Since October 2016, Niantic have moved away from Gen I. Gen I was a fantastic generation which really helped to cement Pokémon Go as a must-have title. What was interesting was seeing a lot of people who had never even seen or played a Pokémon title, suddenly pouring in a massive interest for the mobile spectacular. It was, in all honesty, an amazing idea by Niantic to have Pokémon as the IP to choose – And now they’re working on a Harry Potter title of a similar style.

Since the foundations of the game were laid out, we’ve gone from simply having Gen I, to going all the way to Gen IV which was released very recently. When the game was first released, Gyms weren’t as effective as they are now, Raids didn’t exist, the legendaries were unobtainable and so much was missing. Furthermore, because of the system they have in place, they introduce Pokémon in chunks. I.E we’ve just hit Gen IV, but we’ve really only got Bidoof’s, Bunnelby’s, Chimchar’s, Turtwig’s, Piplup’s, Shinx and a few others that I’ve probably forgotten.

This may seem like a slow way to get Pokémon in, considering it’s been slowly approaching 2 and a half years now. However, I think that recently, they’ve been nailing the updates. They seem to understand that people need to have a burst of activity, then quiet, then back to a burst. It needs to be a seamless transition between lots to do and little to do. They’ve not been perfect however… 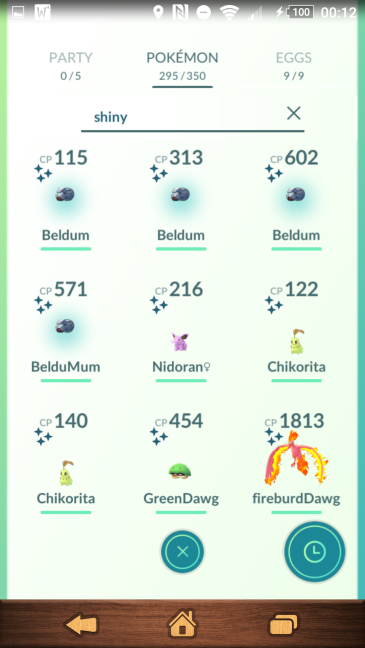 The game has suffered occasionally with strange choices. They run community days, which are always a great idea, but they are very limited. You get between 10am-1pm to go out and catch as many of a specific Pokémon as you’d like. This is great, as they normally come with special event only moves, too. However, this kinda sucks if you’re someone who works on the days of the community events – If you live in rural areas (but rural areas do have a massive issue with the game as is.)

In fairness, the Community Day’s are well announced. They use the in-game news feature to share with you that it’s coming up. Furthermore, you get a high chance to get a shiny. Indeed, as I’m writing this, yesterday was a Beldum community day, where I managed to get enough Beldum to evolve 2 high IV Pokémon into Metagross, with some absurdly high CP. I also managed to get 5 shinies, which was awesome.

So on the one hand, Community Day’s are excellent, welcome additions to make the game feel more exciting – But if you worked on a Saturday or Sunday between 10am-1pm – Or if you are busy doing other things – You’ll miss out on a major boost.

EX Raids are a special raid that you only get a pass, for if you raided at the place prior. If you don’t understand what I mean, EX Raids were, until this past month, the only way to obtain Mewtwo. The EX Raids have now moved on, putting Mewtwo in the normal 5 star raids and with Deoxys being released for the EX Raids. Indeed, I have my own Deoxys, from the first batch of EX Raid passes.

Now, this is great, but I had to be at the raid at 4pm on a Tuesday when normally I finish work at 5pm. Furthermore, if I were to have been working in the office that day, I’d have not had a chance, as the EX Raid happens in just one location. However, so long as you can commit to going to these EX Raids at the specific time, you’ll see a lot of players. When I went there, I’m certain there were at least 20 other players already there – with many more turning up.

I think the biggest take away about what Pokémon Go has gotten right is in the community. It’s thriving, even though I hear comments of “oh, I didn’t think anyone still played.” On the bus on the way to work, I often spot people on their phones, catching as many Pokémon as they can. The magic of the game is still there and – Even though there have been some somewhat questionable ideas implemented, at least in my opinion, the game is still a juggernaut of how to utilise smartphone capabilities.

I’m excited for the future. I’m looking forward to seeing what new tasks will appear – Another huge part of why coming back was a great idea. If you fell out of love with Pokémon Go, then perhaps it’s time you give it another go. If you do, feel free to add me (My friend code is: 9622 6869 3522). Share with us your thoughts and opinions of Pokémon Go in the comments below, or over on Facebook and Twitter.