It’s hard to be too upset about the loss of Stan Lee. Don’t think me callous, instead look at a man who lived ninety-five years of life, and left a legacy that will outlive his grandchildren’s grandchildren. How many authors and artists become household names, not merely within those households with comic books on the shelves, but in the homes of anyone who has ever been to see a film in the last decade.

This isn’t a death to mourn. This is a life to applaud. Life doesn’t have a scoreboard but he’s pretty far up there.

What kind of creator doesn’t dream of the achievements Stan achieved? A dearth of characters beloved by generations, passed down parent to child, spread among friends, bringing together cultures and becoming a multimedia phenomenon that has defined a century! His is a name that resonates, as much a luminary in his field as Shakespeare to literature, which sounds like an exaggeration, and who knows what providence will reveal, certainly Stan Lee is not the only name to enter comic book history… he might be the most sane. 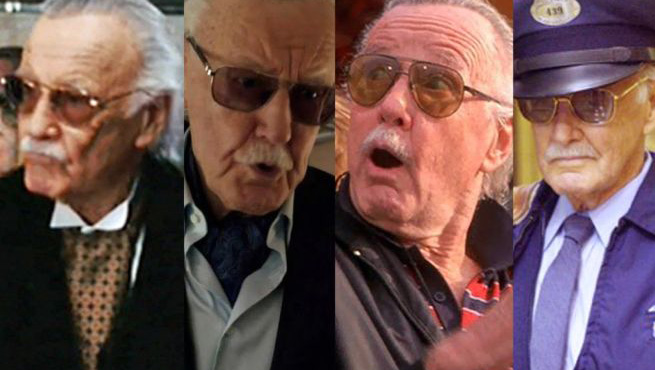 There’s not a lot to say, and also a hell of a lot to say. His career spanned Marvel and DC, he presided over a movies series that took the world by storm, he has a Saturn Award, a Hugo Award, and a National Medal of Arts alongside the rest of his catalogue of achievements. He’s also the last of the big three Marvel creators to go, we lost Steve Ditko earlier this year, and Jack Kirby in ’94, with whose help – amongst many others – Lee created over three hundred characters.

The Fantastic Four, a family dynamic blending humanity into superheroism. Iron Man, a flawed man fighting for his own redemption. Spider-Man, a child who lives in fear, trained by a man with none – Daredevil, a blind hero. X-Men, who explored themes of discrimination. Hulk, the greatest modern retelling of Jekyll and Hyde. A vast supporting cast, a rogues gallery, and while they have all been adapted, adopted, and reshaped by other authors, but they never wandered far from those who got the ball rolling.

So yes, I find it very hard to be sad, this is more the end of a very long and happy life, one to envy. “Do you not know that a man is not dead while his name is still spoken?” And besides, they’ll bring him back in the reboot.

One thought on “Remembering Stan”