Puns aside, this was a month full of stuff, which sounds trite, but there’s an increasing degree of me being entertained by you nerds as I am there to entertain you, enough of you have your own plans for what you want to do month by month, that I’m mostly there to introduce the new folks and organise the venue. I was still up until midnight prepping the quiz, but the rest all fell into place nicely…

An improvement on last month insofar as I wasn’t alone for the first half hour, and there were a few of us chilling with milkshakes, coffee, cakes, and a couple of games under our belt. I also picked up a brownie for Nicole to settle an IOU for a very sensible idea she had after the last quiz. Something else also arrived at the premeet in the arms of Cal, coming back to that shortly… 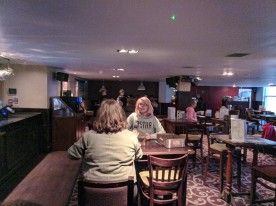 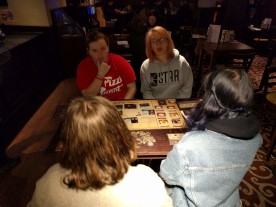 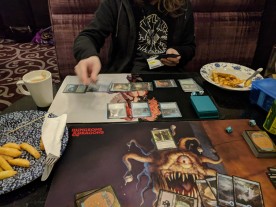 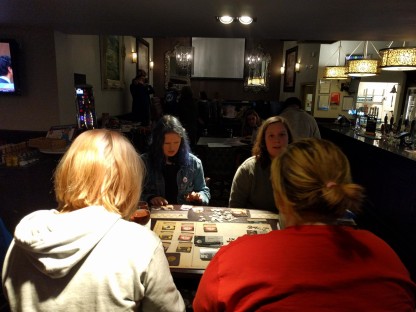 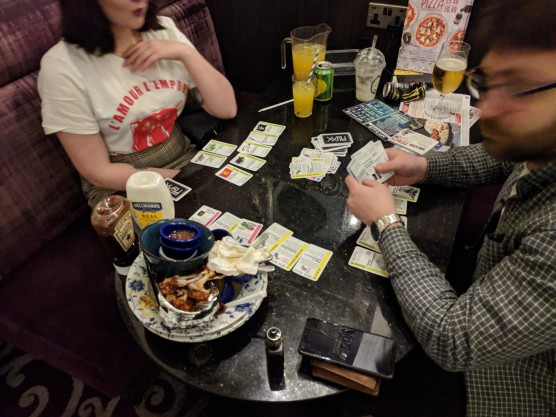 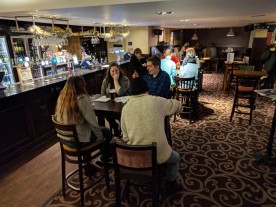 This has oddly good composition 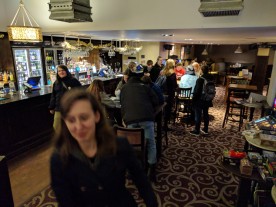 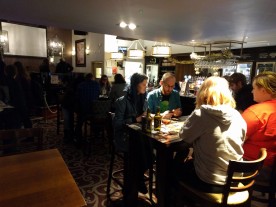 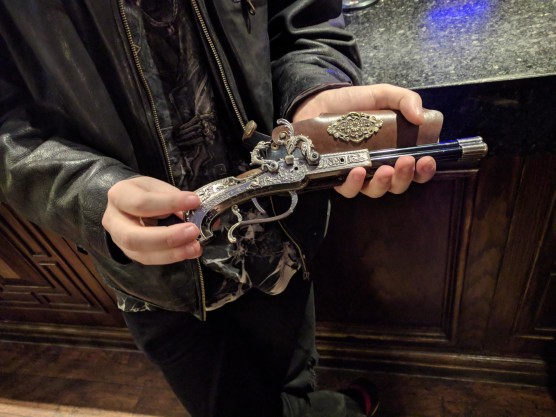 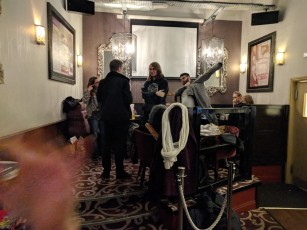 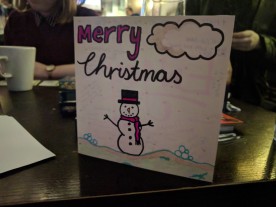 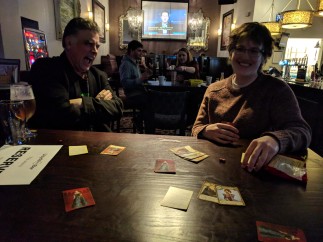 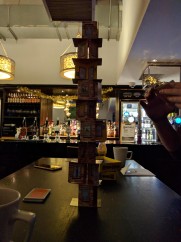 Massive respect to those of you who decided to marathon almost all of the Harry Potter deck building game, and to Harley for allowing it, it is her copy after all.

As for the rest of you, good fun, good games, an unprecedented two ties in Tsuro, and a game of Rhino Hero that resulted in a win rather than a tower falling, the like has never been seen at GOWM before I tell you! Old hands, thank you for making the new faces feel so welcome as you ever do, this is a community and we thrive on how well we embrace newcomers. And thank you too for supporting each other, including me, because I was not expecting the mass-signed Christmas card, or the other thing… that I hinted at before. 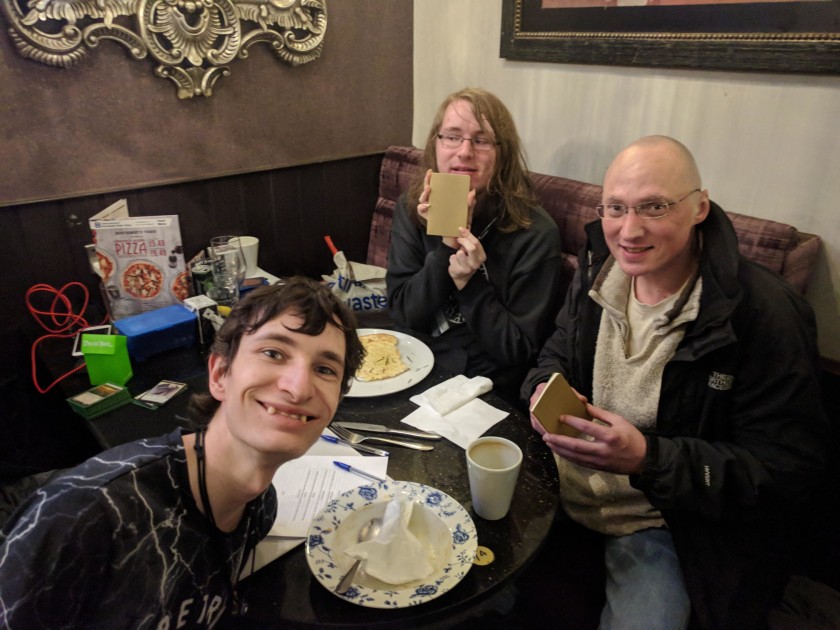 This month’s quiz had a solid literature theme, and like any good book it found its way onto screen, Nicole had the sensible idea of putting the questions onto the projector. Well done Murray, new face Richard, and Alfie on your success, no matter that so much of it was guesswork.

Saga of the Granny Trolley 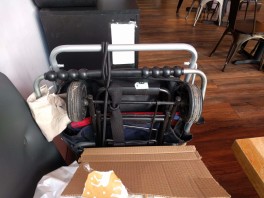 I was promised a present, or perhaps more accurately threatened with one, I was not expecting it to dwarf the bearer. Cal brought me not just a granny trolley, but a folding sack truck, more transport solutions for the ever-swelling library of games than I know what to do with, except maybe pass on the big blue IKEA bag that has been pulling my spine out of joint. I confess to some scepticism at first, but the results speak for themselves, and once I master the steering this will be a mighty asset to GeekOut Shrewsbury.

Now to get it branded.

DO NOT FORGET December’s GeekOut is early, only three weeks away, and as it’s Christmas there’ll be a few changes to the regular format:

No competition – This is supposed to be a season of good will to all men (“men” in the literary all-encompassing sense) so there shall be no artificial conflict in pursuit of a nonsensical and pointless accomplishment!
Super Secret Santa – £5 spending limit, buy a gift but with no one particular in mind! Put a gift in, and you get to take a gift out, be sure to let me know when you add to the pile.
The Resolutions Box – Did you put anything into this in January? Your name is on the box, we’ll be busting it open to see how you did…