Chris has been checking out more of the games from the UK Games Expo 2019. Check out these fantastic new titles!

Here we are again, several weeks after UK Games Expo and I finially got round to fulfilling that promise of a second roundup of Kickstarter projects from UKGE 2019. All of these projects are in various states but as far as we know the Kickstarter has not been launched as yet but they certainly interested us.

I think it would be fair to say that Dungeons Of Old has drawn some influence from Magic: the Gathering. It is basically a dungeon diving and deck building card game. I had a quick play through of the game at the end of the first full day of UKGE, so I think my brain was a bit tired and I don’t think I truly understood the nuances of it. I certainly excelled at playing it badly! Either way, this looks like a fun title. SunsetGames have been hard at work on this card game and they did not know exactly when they were heading to Kickstarter, but they do have a mailing list you can sign up to on their website. Alternatively, you can choose to catch up with them on social media.

Rolling Bears – made by BurleyGames

There is currently very little information on the internet about Rolling Bears but I got to sit down with Peter Burley who has invented a series of innovative games which are sold throughout the world to have a go. It consists of different coloured dice to represent animals, you score by collecting dice of the same value and the more dice you collect the higher you score. The larger animals score more with fish being the smallest and bears being the largest. It’s a really simple game but does have quite a large amount of strategy. I had fun playing the game, it was simple and had an easy to understand strategy. Burley Games may not be the most active on their various social media but keep an eye open for Rolling Bears sometime in the future.

Imagine being a baby sitter but instead of taking care of a baby your taking care of one of the mob? Mob Sitters is a game based around this and a party game for 3-8 players and due to drop on Kickstarter around September. On your turn you play cards to either earn extra money such as doing jobs for the mobster boss or stealing items from their home. Other players will try to stop you by reporting you to the police or the boss. Games last around 30 minutes and involve lots of backstabbing which is fun.

When I saw a quote for this Kickstarter I must admit I had to go over and take a look.

“Magnate is the game Monopoly should be” – Meeple Like Us

For those of you who have not read my stuff before you might like to know that I wrote an article explaining why I hate monopoly so I thought that this game might be in for a tough sell on me. However, I will say that I am intrigued by it. When I spoke to the designer and he was walking me through it the game felt more like if Monopoly and Sim City had a baby and it grew up and possibly forced them both out of business. It’s certainly a more mid-weight style game that clocks in from 60-120 minutes. The Kickstarter is due to release in September and they are looking to produce a game with 60+ realistic 3D buildings, modular set-up and a tutorial mode for easy learning. All good things, don’t expect the buy-in to be cheap but I think it will be worth the money if you are into the heavier game. 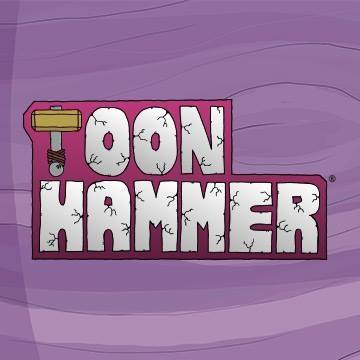 You have plenty of warning on this one as the Kickstarter is not due until 2020. Angela and Dan from ToonHammer are hard at work on Arkosa after the success of their fantastic Gobblin Goblins card game. Arkosa is a sci-fi survival game and sadly I could not get the time to sit down and have a demo of how it was looking but it is certainly on my radar of games and indeed creators on my list. As soon as we can sit down and have a play we will write a preview for you.

Amongst the many people displaying their games and trying to aquire some interest were the makers of Funki Fruit. The game itself is a fairly simplistic strategy based card game where you score points for having cards that score points in your hand before the in game timer is up. There are cards that the player can use to upset the other players which might force them to drop a card they need or hand a card over to you. You might also be really unlucky and pick up some rotten fruit which can’t be dropped or swapped. At time of writing there is not a lot of information on the internet about the game. The version I played was an initial prototype and subject to changes. We should be seeing more information in the coming months before it heads off to Kickstarter.

This game is inspired by the owners dog who obviously has a habit of stealing and hiding things as some dogs love to do. Whilst the family behind the game were bored and trapped in a caravan on a traditonal British ‘summer’ holiday the game was born. Their base idea was to invent a game that everyone in the family can enjoy and to quote them directly they wanted

“Something that will unstick children’s faces from the screens of their electronic devices. Something that will create family harmony (well, maybe not always!) and encourage ‘communication’ and above all, that is fun, simple, silly and endlessly re-playable”.

It’s due to go live on July 16th 2019 and we will look forward to seeing how it does. I think this is one that I will certainly be looking to invest in. If we get a test copy you can expect a full preview of course

We love UK Games Expo, it’s hugely tiring and demanding but I want to continue to see as many small games developers being able to hit such a huge audience. It does give people like me a bit of a hard time trying to pick out which ones I want to write about. If you have any more information or any comments on these projects do get in touch with us via the comments section or over on Facebook or Twitter or on our Discord