Another season of JoJo is over and this one was all about becoming a Gang-Star. Young Giorno Giovanna is the son of DIO, which gives Jotaro and co a reason to be suspicious. They send Koichi to find and investigate Giorno, but after a brief encounter with the wannabe Gang-Star, they part ways. How does Giorno fit into the overarching JoJo story and what was this arc all about? This article features very minor spoilers, but now that this season is over, read on! 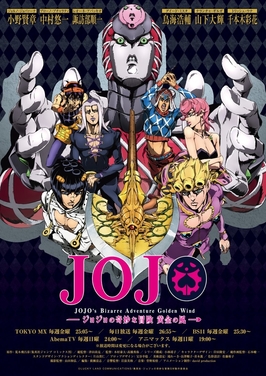 Another season of JoJo is over and this one was all about becoming a Gang-Star. Young Giorno Giovanna is the son of DIO, which gives Jotaro and co a reason to be suspicious. They send Koichi to find and investigate Giorno, but after a brief encounter with the wannabe Gang-Star, they part ways. How does Giorno fit into the overarching JoJo story and what was this arc all about? This article features very minor spoilers, but now that this season is over, read on!

Giorno started life under the name Haruno, where he was the son of DIO and a Japanese woman. The woman had a party-like lifestyle and Haruno didn’t fit that lifestyle, so he was often left to fend for himself at home. His mother went on to marry an Italian man, prompting the change of name to Giorno. The stepfather however was an abusive man, to the point that Giorno was crushed, causing his views to become warped and turning him into a delinquent youth.

Giorno saw a man who had been beaten and was bloodied, when more men came to approach him. This triggered Giorno’s latent powers, his Stand’s powers, Golden Experience. Life in the form of grass grew around the bloodied man, hiding him from sight, meaning the men who were chasing him didn’t spot him. This would end up being a change to Giorno’s luck, as he would end up having the man he saved watching over him.

The man’s kindness and care for him was like that of missing fatherly figure he never had; so with that, Giorno set on a path to become a Gang-Star, to turn a life of crime into the style of the man who looked after him. He wanted to change the mafia, turning them into a presence for good, not for evil. But of course, Giorno would have to work his way up the ranks, confront the boss and take the mantle of the boss in order for this to work. 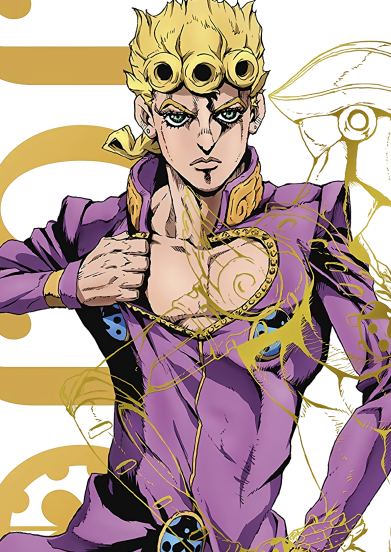 One thing about JoJo’s Bizarre Adventure; the cast makes up everything. In some series, you can have odd characters appearing here or there, but in JoJo, it’s always about the team, or friendships that have been formed with the titular JoJo character. In this arc, we have some amazing characters, all of whom are exceptionally colourful. However, we also have a few hugely forgettable characters.

Fugo is one of these forgettable characters. He’s a character that has a really strong start, but the moment the middle of the series hits, he’s literally forgotten about. Meanwhile, there are other characters who have so many moments to shine; characters such as Bruno Bucciarati, the leader of the group. However, all of these supporting characters mean that Giorno himself is also forgotten about at the start. 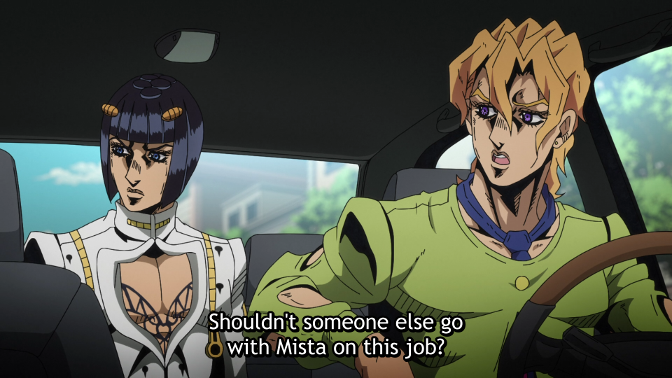 I wanted to make a section on this, as I felt that this was the weirdest paced season of all of JoJo. I enjoyed the series at the start, but around the middle, I was actually getting relatively bored. The story deviated into a bunch of “now we must fight these people”, with nothing more than “because our boss said so” as justification. There are a few notable examples, but most of them weren’t particularly “interesting”. A shame.

However, if you get past the lull in the middle, there is so much to look forward to in this arc. It starts strong, but the cameo from Koichi and Jotaro doesn’t last very long. The middle I found slowed down quite a bit, but then the ending escalates really quickly, until you get an immensely satisfying final couple of episodes. All in all, whilst it slowed down, the start and end of the arc more than made up for it.

Another great arc of JoJo’s Bizarre Adventure is over. If you’re a JoJo fan and haven’t seen this season yet, you really must. If you’re not much of a JoJo fan but want to know if this is worth watching, I’d say it definitely is. The arc does a lot to explain some of the back story of what stand users are all about, as well as the natural progression of where the series goes from here. Now, I wonder how long before we get Stone Ocean?

Fans of JoJo, or new to the series, let me know your thoughts of Golden Wind. Did you enjoy the experience? Was the pacing perfect for you, or did it miss a few pitches? Share your thoughts with us in the comments below, or on Facebook and Twitter.