I think I watched the original Jim Henson production a couple of years ago, a double bill with Labyrinth which – to be entirely honest – I never remember watching as a child. But Dark Crystal, the original Dark Crystal, I most certainly saw many years before. One of my earliest experiences of pure fantasy, and it is pure fantasy, free of human protagonists, devoid of anything familiar upon which to hang a sense of reality, comprised only of the complex and wondrous puppetry with which the Henson name is synonymous.

It remains firmly in the cult classic category, a lesser known kids film that connects and resonates with adults who loved it then and revere it now, and – like many a resurrected passion project – the prequel series saw a lot of fans emerging from the woodwork to support it.

The cast list draws massively from the enormous roster of Game of Thrones alumni, as well as big names like Simon Pegg, Eddie Izzard, Helena Bonham-Carter, and Mark Hamill, just to pick a few favourites (seriously, that’s barely even a fraction), whose words were brought to the spectacular sets by master puppeteers with decades of experience making cloth, metal, and plastic monstrosities seem as real to us as flesh and blood actors.

At any given time there is so much going on on screen one barely knows where to focus, forests full of lush plants and animals, all created for the fantasy world of Thra, with little to no organic life to be seen. Every moment is bustling with activity, minute details covering every surface, almost entirely made with practical effects, with very little augmented by CGI… or at least very little that is obviously computer generated, and while the computer animation does stand out from time to time, at no point is it so grotesquely intrusive that it breaks the peerless immersion.

And I’d be a liar if I said that the puppetry made for a flawless experience. It plucks a nostalgic chord, and certainly the expense poured into every moment is worth while, but I shan’t defend it to the hilt. There are moments where one cannot help but draw likeness to muppets, especially when the ridiculous and comedic actions of Podlings are concerned, or when it is required that a Gelfling leap into action and we get to see the feet running along the floor… graphics have come a long way these days, people don’t bemoan CGI like they did ten years ago when, perhaps, this series would have been best received, but the moments of blatant muppetry are few and far between, leaving you to delve ever deeper into the world of Thra. 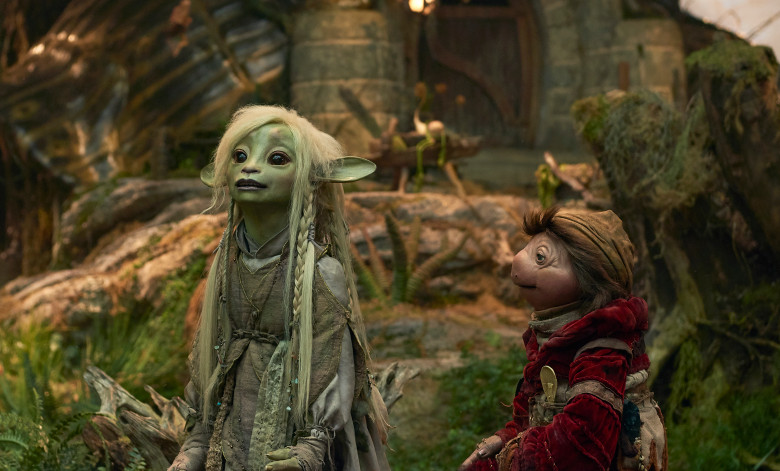 As for the story itself, one can’t help but feel that more than just actors were drawn from Game of Thrones, as the complex politics and conflicting interests of certain parties do certainly strike a chord of ice and fire… but at its core the story has a clear and unwavering path that draws wholly on the lore born of the original film and supporting works.* Newly presented Skeksis for example, the Hunter and the General, are taken from other works such as the prequel Manga, Legends of the Dark Crystal. We’re also introduced to the Gelfling society, their great, sprawling clans and nations, their world-dominating culture, their blatant racism towards Podlings.

Age of Resistance seizes on many opportunities, not a moment is spared, if a moment is not being used by the narrative, it is being used to expand and build upon the world, or to inspire awe, all while contributing to the larger story. Characters are mostly well developed, with only a few background and supporting parts being a little one-dimensional, to the point of stating personality traits out-loud, but let’s not forget that the target audience are children, and stated character traits are supported by character actions, because showing and telling can sometimes be the better option than one or the other.

We leave with only a few loose ends, enough to spark hope for another season or two. The Garthim, the chittering black horrors from the film, have only just been crafted. A lake still surrounds the castle of the crystal, where the future holds only barren wasteland. And one particular plot thread was left to dangle tantalisingly, as one character’s journey is left incomplete, and on the verge of a tragedy as great as the Gelfling extermination that has yet to come. 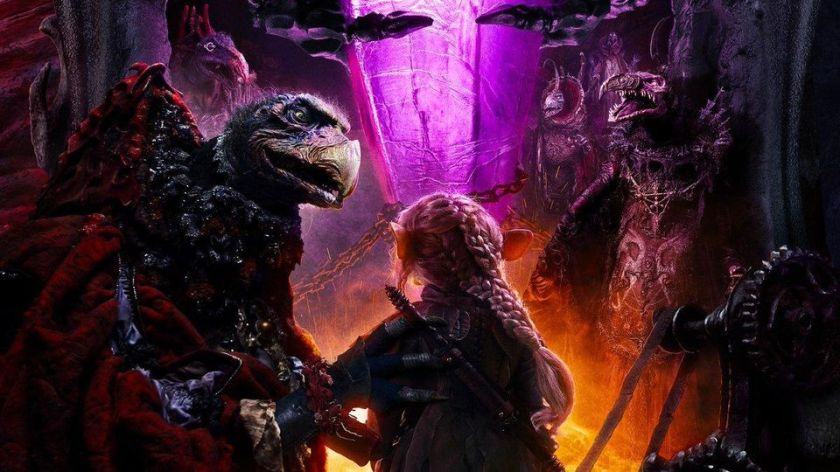 I’ve heard it said… that is to say I’ve seen other people write that Age of Resistance is a love letter to the fans and not much more, for newcomers it may be a less compelling and far less wonderful thing without the nostalgia card to play. To my mind, I feel there is potential to resurrect something wonderful for a new generation, and not necessarily the epic and humanless world of Thra, but the darker and more menacing side of fantasy whose teeth seem to have been pulled in recent years. Where newer classics like Gravity Falls and Adventure Time have erred on the side of surrealism with only hints to nightmarish possibility, Dark Crystal was and is more overtly harrowing and bloodthirsty in its approach to menace, and I for one think that’s necessary.

This review is over, for if I write more this thing will become a two-thousand word epic filled with spoilers that undermine the enjoyment of the thing, rare among projects intended for a younger audience, there are surprises that genuinely warrant a veil of secrecy be upheld so that the wonder of their reveal be preserved, and even if they fail to grip you the way they did me, nothing is lost by spending the time watching through the series for the sheer beauty of the thing.

*One exception that I have found thusfar, the origins of the Garthim, the great insectile horrors, rather than being grim hybrids of Thra races, the Arathim and Gruneks, were supposedly recreations from the homeworld of the Urskeks (the progenitor race… spoilers by the way), reminiscent of a crustaceous predator.

2 thoughts on “Review – The Dark Crystal: Age of Resistance”