Now, we’re all familiar with the likes of Funny Or Die, and College Humour – who started doing D&D games online last year, Brendan’s a decent DM – and before I even start I can tell you that you almost certainly recognise a name or two from the short list below. YouTube has been a great space for comedy acts to get their ideas out there and appeal to a unique sense of humour that might not have reached a mainstream audience without it, and maybe that’s because network executives don’t understand, or maybe it’s that certain niche markets can’t get comedy that appeals to them any other way.

Here are some of my favourites, some of the geekier comedy groups and lesser known sketch channels that deserve a few more views… more accurately I want more people to know them so that I can reference their sketches in conversation, so help me I just want to share the joke!

And be forewarned, there are a lot of YouTube links here. Get ready to fill up your Watch Later list.

Ok, so let’s start with a comparatively well known one, Tomska is, perhaps most famous for the ASDF cartoon series of quickfire comedy, you may remember we covered his board game Kickstarter based on the property, but he actually started with a lot more live-action comedy back at university with his friends. The best part about watching a lot of Tom Ridgewell’s content is that he still does a lot of collaboration. Formerly inextricable from Chris “Bing” Bingham, he’s also worked a lot with Jack and Dean, Danisnotonfire, Dodie, NerdCubed, Crabstickz, and the BBC among many, many others.

Humour airs on the side of surrealism, with a slight excess of darkness and… well not violence per se, but certainly hints of the horrible. Take for example The Hole and companion piece The Orb in which the comedy is surprisingly blood and death heavy… and some zombies, but the real beauty is the sheer amount of small jokes worked into a very narrow space of time. Sketches aren’t simply set-up and punchline, there are jokes delivered at ASDF pace while telling a single short-story. 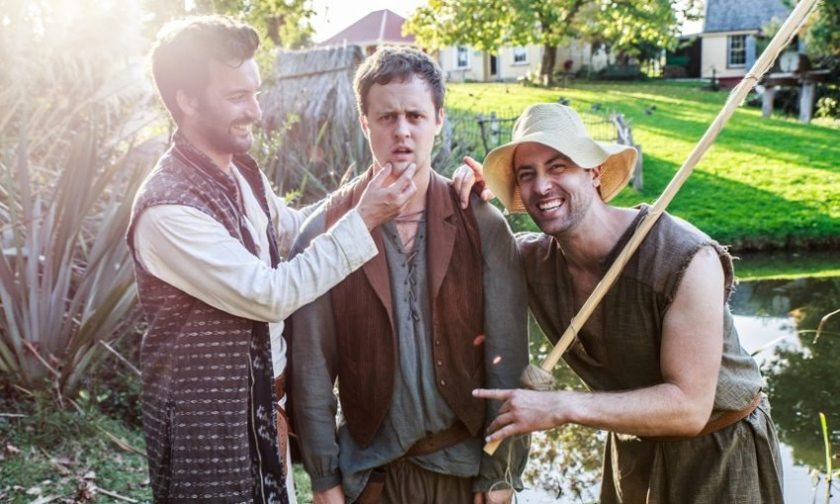 Here’s another better known one thanks to a couple of videos going viral… I think last year, certainly that’s how I stumbled across them. VLDL are a gaming-heavy comedy group centred on RPG and FPS centric humour, the kind of jokes that really appeal to you if you’ve played computer games for the last ten years or so. The guys point a mocking finger at NPC actions, player habits, gaming logic, and in the “Epic NPC Man” series they really highlight how ridiculous it must be to live in a gaming world.

Oh, and check out their series “Bored” if you’ve ever worked in retail… actually check it out if you haven’t, maybe you’ll appreciate the way the world looks on the other side of the till.

These guys have also started running their own D&D game, haven’t started watching it yet but they have one hell of an insight into the way games work, and a talent for highlighting the ridiculousness that we blindly accept, so I can only imagine that it’s going to be worth a watch.

These guys are better known if you’re a fan of Magic: the Gathering (we are) or got properly into the creators brought together by The Escapist magazine many… many years ago… don’t think how many years, it’ll upset me- you! It’ll upset you. The Canadian comedy group have been working together for over a decade, are partnered with Wizards of the Coast to create promotional material, and… well yeah, they’ve got their own tabletop RPG games running… popular at the moment, couldn’t say why that might be.

While they create excellent sketches based on video and tabletop gaming, some of their best work is done in their weird sitcom/behind the scenes series Commodore Hustle, in which they play parodies of themselves. Watch enough episodes, maybe a few of their Friday Night series, and you’ll come to appreciate the strange fictionalised world they live in, complete with bizarre metahumour, and deeply geeky jokes.

Oh guess what, these guys have a D&D game on the go. No, that one’s actually a lie, they probably do have a game going behind the scenes but they haven’t put it on YouTube yet. They also do a lot of great D&D oriented comedy on the subject of character creation, the ridiculousness of skill checks, and how bizarre it is that speaking takes not time in combat, so you can do a full soliloquy or openly plan strategy in front of the bad guy, and everyone will just… wait.

They’ve got a lot of Civilization sketches, featuring religions such as Denouncing Venice and the Boat Mormons, many of them are arguments between units in the field, and spitting matches between world leaders. In amongst fairly normal sketches about supernatural fortune cookies, arguments about milkshake, strangely formal hobos with fake beards, and the like, you’ll also find jokes about Minecraft, Don’t Starve, the SCP Foundation, and the board game Boss Monster, sketches that will appeal to the nerdiest among us, some with punchlines impenetrable to a non-gaming audience. 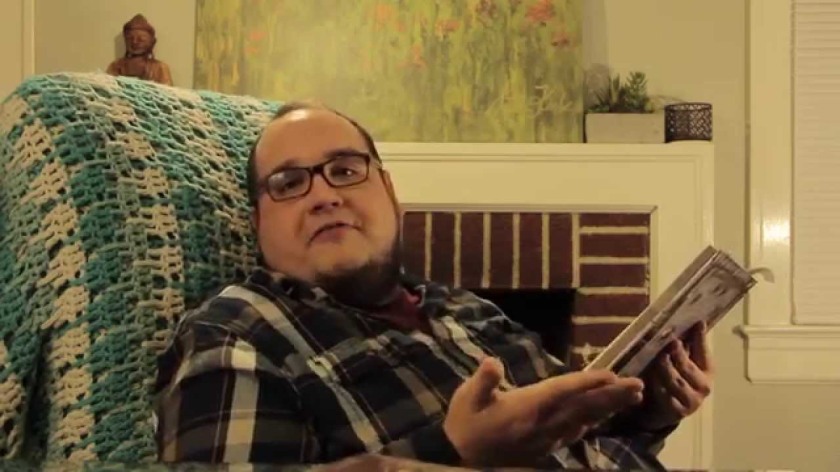 Most famous for their series of D&D sketches… yeah, ok, I see a theme to, I’ll drop it soon. And yeah, these guys do have a D&D game that they broadcast.

For years, the infamous Dungeon Master has been running games for a team of friends in various parodic editions like Florida, gangsta, hipster, redneck, gangster, and my favourite, customer service. They have something of a narrative building at the moment, fairly low-key, but in short the DM is sick to death of what his players are doing to his game on a weekly basis and just wants a break, so he sends a real monster after them, a full blown rules lawyer.

While some of you might have seen the odd D&D sketch from Mann Shorts, you may have missed their other major series Drunk Before Noon, a series that started with simple drunk dialling conversations taking a dumb look at stupid topics, and has slowly but surely spiralled into utter madness, with the perpetually-sauced Chaz and his team of dangerously unhinged friends making life for long-suffering Justin miserable.

The least nerdy from this collection, actually I don’t think Julian’s got much by way of geek-cred aside from a fairly standard approach to video games, honestly I couldn’t say. If he does he keeps it fairly quiet. Musically very talented, Julian has also worked a lot with YouTube favourites Rhett & Link, and some of his best work is in his musical comedy. My personal favourite “Eat Randy” is a 70’s/80’s synth pop track about cannibalism, but he’s done such wonderful tracks as Never Get Naked In Your Shower, Morning Person, and Nice Hotel.

Julian’s production rate has slowed dramatically, I think he’s been going through a few creative challenges of late, but he does also get work from bigger companies to do TV spots, so it could also be that he’s doing jobs that earn him some money, in which case, kudos to him, he deserves it. Admittedly I found him because his great-grandmother did a sketch with him once and the out-takes of teaching her the phrase “Pwning noobs” were hilarious, but it turns out he’s as funny as his granny on purpose.