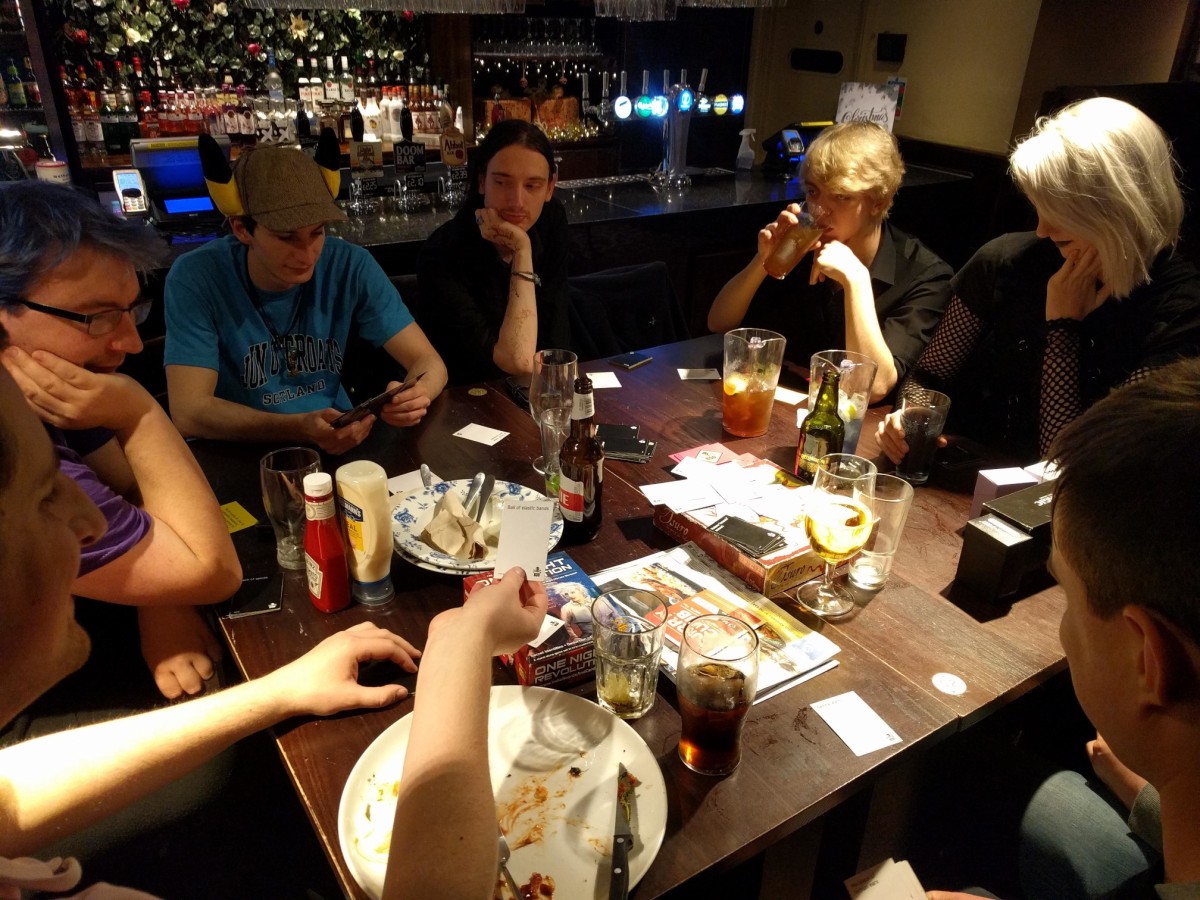 Merry November everyone! A quiet GeekOut this month, and a relaxing one at that, I even managed to play some games for a change…

Premeet – The Hole in the Wall

Might have forgotten to take photos in the Hole in the Wall, after a while that may have proved a conscious decision due to… let’s say disquiet in the immediate vicinity. Still, a couple of great games of Magic in which I was – for some reason – picked on mercilessly for the sole crime of playing a black/white allies deck with a mean streak. I also took the time to pick some brains for ideas, mostly gap filling for the party rosters on pre-generated characters.

It’s rare for us to play a game at GeekOut featuring a perfectly normal deck of cards, but when it’s a game with excessive and increasingly elaborate rules that’s designed to be won through sheer tolerance as your fellow players drop out from pure frustration, that’s our kind of game. I could hear people writing characters for RPGs, talking video games, and generally enjoying themselves, and ultimately that’s what matters.

I don’t think I talked to many people this month, certainly not everyone because this GeekOut seemed to have barely begun before it was over, so if I missed anyone I apologise. We were suitably quiet that I got rather embedded into a few games, and that in itself is a rarity, where I’m usually buzzing around making sure everyone is attended to and don’t seem to get the opportunity to settle into anything. 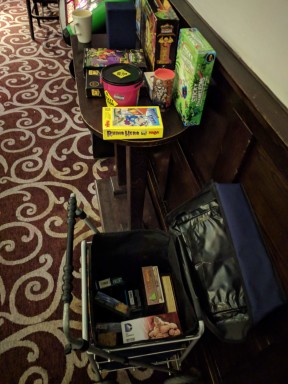 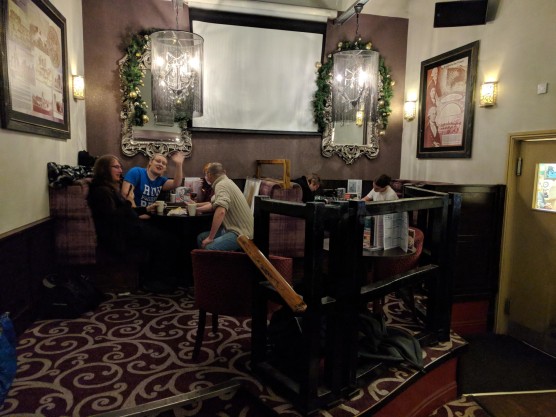 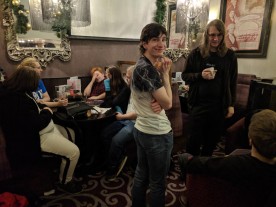 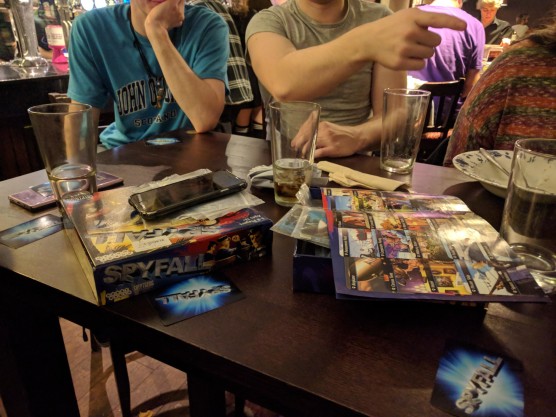 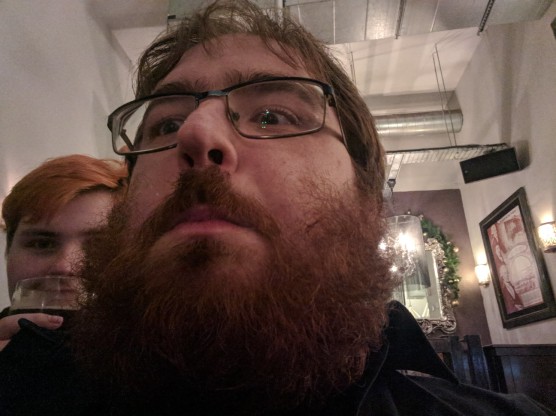 The last GeekOut Shrewsbury is sooner rather than later, with Christmas a little too close to the last Thursday of the month, we will instead be at Monty’s on the 19th! Keep an eye on Facebook for the details, and don’t forget with it being the December Meet, we’ll be doing the Super Secret Santa: buy a gift for no one in particular up to a spending limit of £5, and if you put a present in you get to take a present out!

We’ll also be opening… the box. 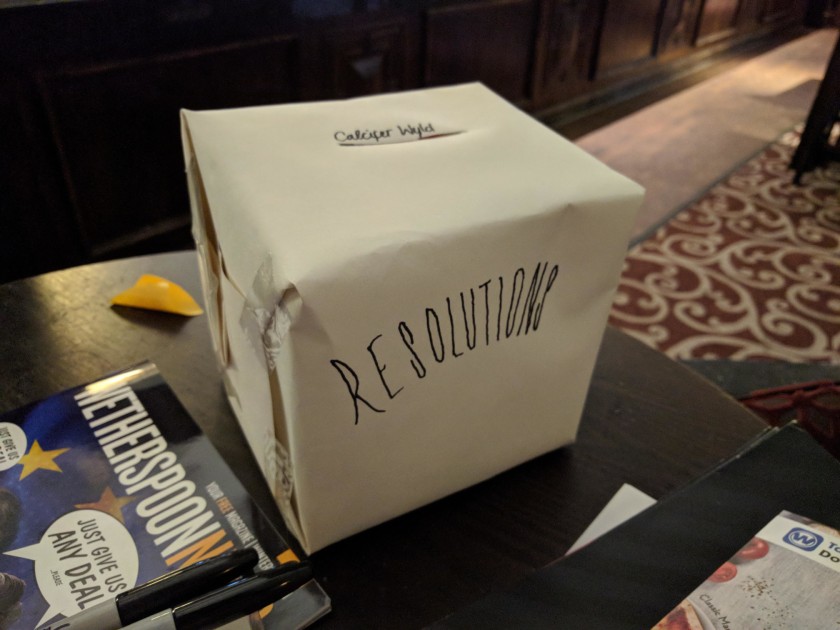