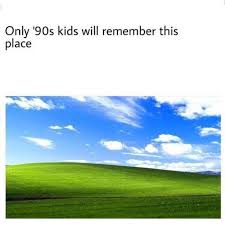 It’s begun a little prematurely, but it has already begun.

In our last decade we saw an overwhelming flood of love for the 80’s in media, Stranger Things being one of the biggest flags waved on that particular hill, but the resurrection of Mad Max, the themes weaved into Guardians of the Galaxy, Legion, Joker, a few ill-advised reboots and remakes, and while there wasn’t such a clamour to see the return of big hair and shoulder pads, there was a definite rush to see the return of a certain colourful aesthetic.

Well, the thirty year wheel of nostalgia is turning, those of us who most keenly remember the 90’s in TV in film are now well into their thirties and entering positions of power within the film and television industry, and rapidly all of those “90’s Kids Will Remember” memes are about to become the guidelines to a whole era of mainstream media. So what have we got to look forward to over the next ten years? Well how about a Jumanji reboo- oh hang on…

We’re not going to roll back to the days of playing GameBoy games in short bursts by street light, and this decade is more likely to see a few deaths in the physical media market than a return to floppy disc, CD and cassette – well, unless cassettes make a vinyl-style comeback. We might see retro gaming reunite us with the old black and white, heavily pixelated game style, and while it won’t be anything new to create pixelated games, I suspect we might see some low-poly graphics like Superhot become a growing vogue over the next five years, an effort to evoke the days of emergent console gaming, days spent crosslegged in front of CRT monitors playing early renditions of Street Fighter and Mario Kart, on their first Playstation or SNES.

Tamagotchis are already circling the mainstream again, weirdly I can see the incredible growth of mobile gaming and the GO-gaming era creating some new Tamagotchi style trend. Not that one can’t get a Tamagotchi app, but they’ve hardly exploded the same way Pokemon Go did. The handheld gaming market exploding in the 90’s could spill over into the mobile market as well, I can envision a greater boom in mobile games in the years to come than we have seen before, driven by those kids who so fondly remember their first GameBoy.

Television and film, the titans of the 90’s were – for the geekier kids – Buffy and the X-Files, and not forgetting Charmed. Of course there were the Star Treks and various other space-faring sci-fi’s that some might consider a golden age, but I suspect that Star Trek has shot its proverbial quiver. We might see Babylon 5 resurrected, but I suspect it’ll be the teen-appeal horror that makes a return, 90’s kids sick of Twilight just waiting for the right time to step up and “show these kids how it’s done!”

Sitcoms never go away, they’re a universal constant, and the Seinfeld formula of “Friends in New York in a Coffee Shop” has the potential to make a comeback. I’d love to see the trope blended with the kind of dark-backdrop cartoons like Hey Arnold, Doug, and Recess, some kind of blend of cheerful fantasy set against harsh reality… seems like we could do with something of the sort at the moment.

So many of the television themes are about the outsiders perspective. There may be nothing more iconic than Daria, I’d argue that it’s a version of the 90’s that will linger longer than the likes of Friends, but time, and the release of a new Jay and Silent Bob film, will tell… maybe Bill and Ted 3. Better, I think, to see a return of flannel shirts, baggy jumpers, and Doc Martin boots, than to raise Mr. Blobby from the dead. Who wants another Spice-Girls decade when we could bring back Deftones instead?

I for one, look forward to the 2030’s. Assuming a natural progression and no apocalyptic event in the next ten years… as unlikely as it may be, I anticipate a new age of long leather coats and films ending with nu-metal tracks.