Funny how something labelled as a “versus” really shows great coordination between both sides.

That’s basically the whole story here, if you like Dungeons & Dragons & Rick & Morty… then it’s a good comic, as one would expect from a story penned by Patrick Rothfuss, fantasy author and famed D&D player with the PAX team, occasional guest star on Critical Role, and he’s a standy-up DM like me. Jim Zub co-penned the piece and has a back-catalogue of D&D comics under his belt. END_OF_DOCUMENT_TOKEN_TO_BE_REPLACED 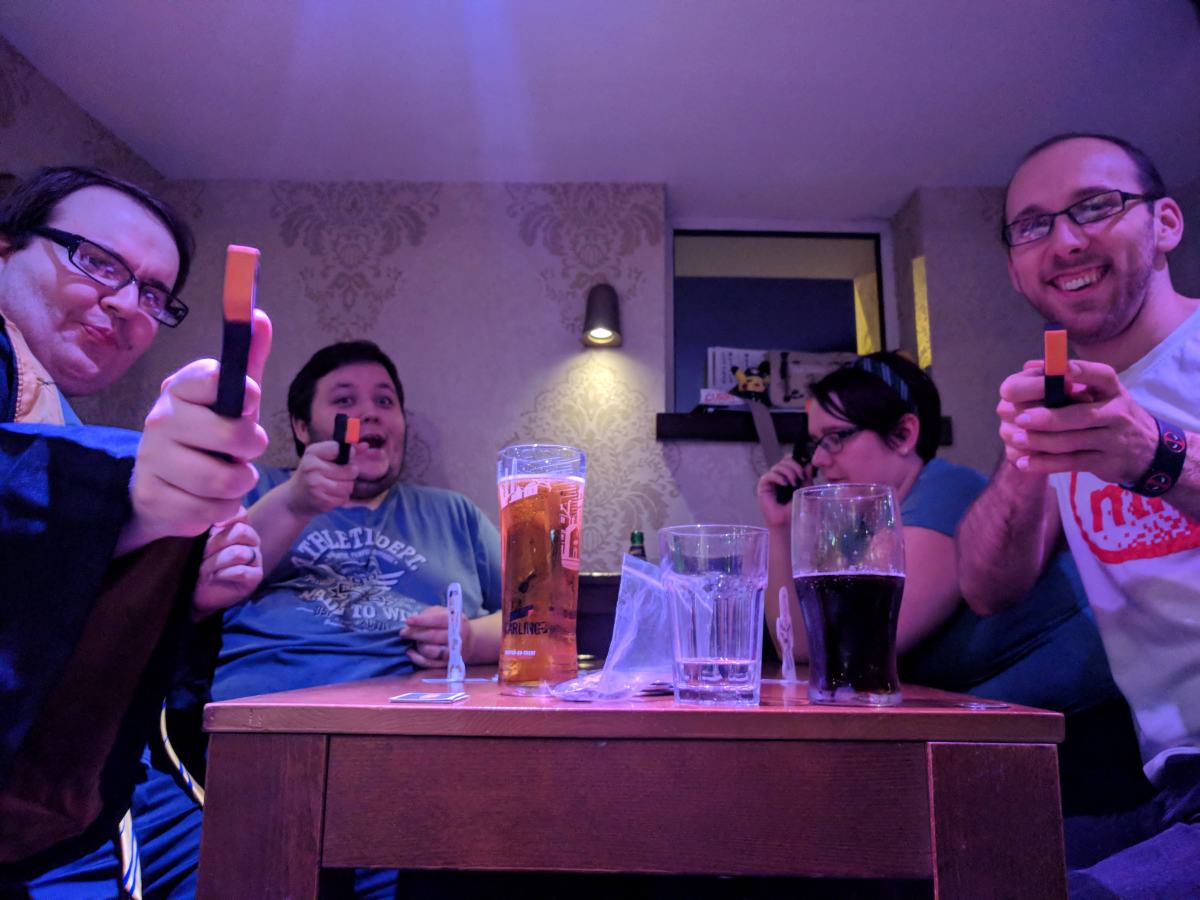 Finally, a Meetup title too long for Facebook to accommodate in full.

This month mixed back-to-school with quiz month, meaning a quiz more aggressive than any exam you could hope to face, but many of you proved you could face down the worst of what I had to offer, and good company, good games, and a box of Harry Potter themed biscuits softened the blow a little. Here’s what happened this month:

END_OF_DOCUMENT_TOKEN_TO_BE_REPLACED

I am not looking forward to the Justice League films.

It screams of a lot of playing catch-up with Marvel’s unstoppable Juggernaut – the films I mean, not Cain Marko – but without all the set-up work. Marvel had quite a few films building up to the Avengers, and it was brilliantly done. They had a lot of films that came together for Age of Ultron, and that was good (if a little rushed). Dawn of Justice has Nolan’s Batman and Snyder’s Superman, and they’re including plans to introduce Wonder Woman and Aquaman too?

Although Jason Momoa does look like he could make Aquaman awesome…

But here’s something I did not see coming.

I like Arrow and Flash! They’re cool, a lot of fun, and they’re also big DC heroes that don’t see an awful lot of spotlight, which is a shame. I think studios shy away from anything other than Superman and Batman because of what happened to Green Lantern, but here are two very successful TV series that have built up quite a rich setting of their own, introducing other major heroes like Firestorm, ATOM, and White Canary.

DC still have problems to overcome, like the fact that Green Arrow and ATOM are basically palette swaps of Batman. Billionaire on a mission to clean up their city following a major crisis that changed their lives? Change the record guys, this one’s scratched. Seems you got a bit of Ant-Man on it at some stage too, might want to look to that.

Including backstory for Hawkgirl could prove a challenge, but I’m actually looking forward to learning more about her. I’ve done a little research and she seems to be a genuinely interesting character with (most importantly) a limited range of powers, more common than you may expect amongst DC heroes, just not one we see enough of.

Why though, have they seen fit to redesign Rip Hunter as a Tennant’s Doctor look-alike? I’ve been looking at the character and really, they had a lot of places they could have gone with giving him a TV makeover. Instead they seem to have gone for the “we’re not even hiding the lack of originality” look.

Now let’s move on to something else:

First of all, different network, no possibility of a crossover. This could very well be for the best, looking at the tone of Supergirl, but I’m increasingly disappointed in how far spread DC’s universe is becoming. Gotham – for all it’s flaws – is never supposed to be getting brought in with Flash and Arrow, and none of the above are being brought in with the films. Compared to how many platforms the MCU is covering, it’s a little narrow-sighted of DC not to want to bring it all together. Gotham is an outlier there, I admit, but still the point stands.

Here’s the biggest problem with the first look at Supergirl, this looks identical to something that Saturday Night Live and Marvel already ripped apart before they knew it was coming:

This is not clever! You can’t market superheroes to women, you can only market to superhero fans, and include the female ones. It’s like painting a steak green and selling it to vegetarians – they still won’t eat it, and meat eaters will want to know why there’s paint on their steak.

There are ways of doing this without it being New Girl or Ugly Betty in a cape, and it really hinges on DC’s biggest strength: it’s villains. If played well, Supergirl could strike an interesting contrast of a girl trying to live a real life while balancing the burden of heroism in the face of terrifying extra-terrestrials like Doomsday or Darkseid. Ok, maybe nothing quite so huge, but it could all come out well.

I hope so, because the alternative doesn’t really bear thinking about.