Going hand in hand with film and video games, metal. Before GeekOut South-West was formed which later turned into GeekOut UK, Timlah and Joel stood around and had a conversation about… Metal! You can’t kill the metal, but you certainly can build the foundation for a good thing off of it. So together, we’ve decided to strike a power chord and hammer on down these points, as we look at our Top 10 Heavy Metal Acts in Media. Grab your neckbraces, we’re about to go headbanging! 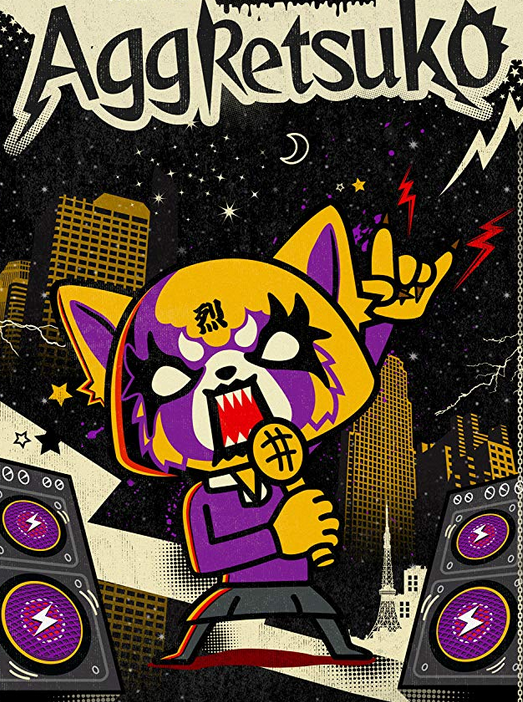 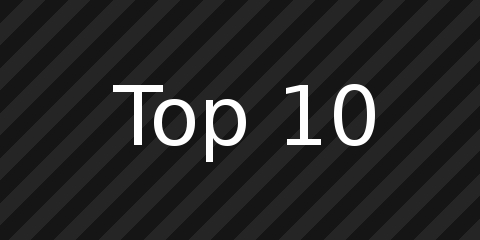 Going hand in hand with film and video games, metal. Before GeekOut South-West was formed which later turned into GeekOut UK, Timlah and Joel stood around and had a conversation about… Metal! You can’t kill the metal, but you certainly can build the foundation for a good thing off of it. So together, we’ve decided to strike a power chord and hammer on down these points, as we look at our Top 10 Heavy Metal Acts in Media. Grab your neckbraces, we’re about to go headbanging!

END_OF_DOCUMENT_TOKEN_TO_BE_REPLACED

Blizzard sure do know how to make a game, but do they know how to strike the right balance between gameplay and characters stats? Timlah discusses his recent experiences on Heroes of the Storm, Blizzards take on the MOBA genre.

Blizzard sure do know how to make a game, but do they know how to strike the right balance between gameplay and characters stats? Timlah discusses his recent experiences on Heroes of the Storm, Blizzards take on the MOBA genre.

Heroes of the Storm was released by Blizzard Entertainment on June 2nd 2015 as an alternative to the MOBA game market. Whilst it’s been quite some time since its release, I’ve always been sceptical about the MOBA (Multiplayer Online Battle Arena) scene. Thanks to the popularity of a few key games in the scene, it’s known to be quite an aggressive side to gaming, with communities that can be rather boisterous to say the least. It’s also one of the genres that manages to transcend video games and become something more: it’s an officially recognised sport.

Whilst I’m still not fully sold on all MOBAs, I recently was introduced to Heroes of the Storm and on my first play through of it, I was not a fan. I played a character I knew relatively well: Illidan Stormrage. I am an ex-WoWaholic and I’m proud to admit I loved that game. I loved what World of Warcraft represented, I loved the community and what we achieved as a unit. I left as I didn’t like some of the end game story telling later down the line, making a lot of the narrative confused – But the fact of the matter remained – I knew Illidan. Then in December, Heroes of the Storm was booted up again. This time, I was greeted with a big list of characters I could choose from. I was unsure as to who to pick, so I at first thought “I’ll go with who I know!” I remembered Illidan Stormrage and how he sat there, looking so menacing, but not really being much of a threat at all. I thought back about the low damage output… And then I thought “No, let’s try a different character”. So I went and saw Patches, who was an Abomination from Warcraft. I knew what they were about, so I was happy to choose him, until I saw the character who ended up making me understand the game.

The Butcher, a character who is large, lumbering and a little bit powerful, from Diablo III. I was already a fan of The Butcher as I fondly remember the boss battle as one of the more fun battles in the game, with him dashing around his arena, setting the ground on fire and so on. When I read his abilities, he read just like he did in Diablo III. So, like a well thought out Pokemon battle, I chose The Butcher and I went into a game with real people.

I barely remembered the controls, so my partner spoke me through what to do, which was very useful. Once I understood what was going on though, I found I was able to get a kill in. I remembered the rush I used to get with PvPing on World of Warcraft… And then after a small amount of getting used to the controls and the way The Butcher played, I managed not just a kill, not just a double kill – but a Triple Kill! I felt invincible. Then I died, but that was because I was already on low health at this point and was being foolhardy.

Since then, I’ve gone and found a way to get Heroes of the Storm working through WINE (though it is incredibly fiddly). I’m able to play games with my partner who, I’m not going to lie, more or less carries me because of my penchant to just run around hitting things that look scary to me. I’m even playing as other characters: I found Malfurion and especially Elite Tauren Chieftain to be right up my street as well. Hey, I even managed to win some games by myself against other players! Heroes of the Storm offers a pretty comprehensive tutorial section in the game, which also encourages you to complete it. On completion, you get rewards (in game gold) which can be used to buy more characters. This is how the free game makes its money: Some people will prefer to spend their real money to unlock characters, but as a positive, it’s not game breaking. It’s not Pay To Win, nor is it Pay To Play. In fact, I like the rotation system!

Let me explain what the rotation system is: Free to play users (such as myself) get to play the game with a specific rotation of characters. You only get a handful of characters you can play as to begin with and it’s based upon time. As you level up your Player Level, you are able to unlock more slots for these free rotations. This means you have a wider selection of characters you can play as at any time. But you do need to play the game a fair bit to unlock these rotation slots. It’s a good way to keep players playing and it’s done the job with me. As of time of writing, in just a few hours, I’m already player level 7 and I can tell my Elite Tauren Chieftain and I are going to be just fine. He’s almost level 5 already, which means I’ll get a 200 gold boost when he hits that level. In game gold can be spent instead of real money to unlock characters, as well as skins, outfits and mounts. The E.T.C. character cost a mere 2,000 gold, which you obtain by playing just a few games and doing the tutorials!

If I had to make any criticisms about the game, there are some characters who feel severely underpowered. Take Arthas as an example: With the exception of a few of his crowd control moves, I have yet to see him as a threat. As the E.T.C., I am able to rush in to the middle of a group of enemies, knock them all back and single out specific players or minions. I can keep myself alive with my guitar solo (All of E.T.Cs powers are “Rock-Based” moves), then deal good damage with my axe (guitar). Arthas swings for way less damage with Frostmourne than the E.T.C. hits with his guitar, which is shocking! However each character fills a specific niche, which it isn’t usually exclusively locked into.

In a few weeks’ time, I hope to review this game over on 1001Up, so keep an eye on our social media pages to see if/when that goes live. I’ve been using the account I set up a while back for Hearthstone with the guys over there, which is “Timlah1001Up”. Wanna have a few battles alongside a guitar wielding maniac Tauren? Great! I’d love to see you on there. Let me know what you think about Heroes of the Storm and MOBAs in the comments below, or over on Facebook and Twitter.

EDIT: Before this article was published, I got to player level 10 and E.T.C is about level 7 or 8, with Malfurion at level 5. Send help.