Happy Hallowe’en! Ok, we’re now at the Sunday after Hallowe’en but still, it was rather nice to distribute sweets instead of the standard disappointing prizes. That’s not to say that people weren’t disappointed with the sweets they got, honestly I never asked, but assume that they shared. And my gods did a lot of you bring confection to share.

I parked about six foot from where the river had occupied Frankwell carpark, knowing full well that it would rain, and that I wouldn’t see my car again between 2 and midnight. Call it bravado, call it foolishness, only one of those is right, but I was curious, and I figured there’d be more spaces, I was right! Oh, and kudos to the Alb for the cool spider and dangling corpses on your scaffolding.

Anyway, Shresbury Coffeehouse ended up being a most relaxed affair, certainly from my perspective as I simply could not move from my seat, and Cal ended up getting me my second coffee and a waffle. Consider this an IOU, I haven’t forgotten I still owe you one. Gameplay was negligible, but the conversation was about as nerdy as it comes; Pokemon, video games, magic, D&D et al. 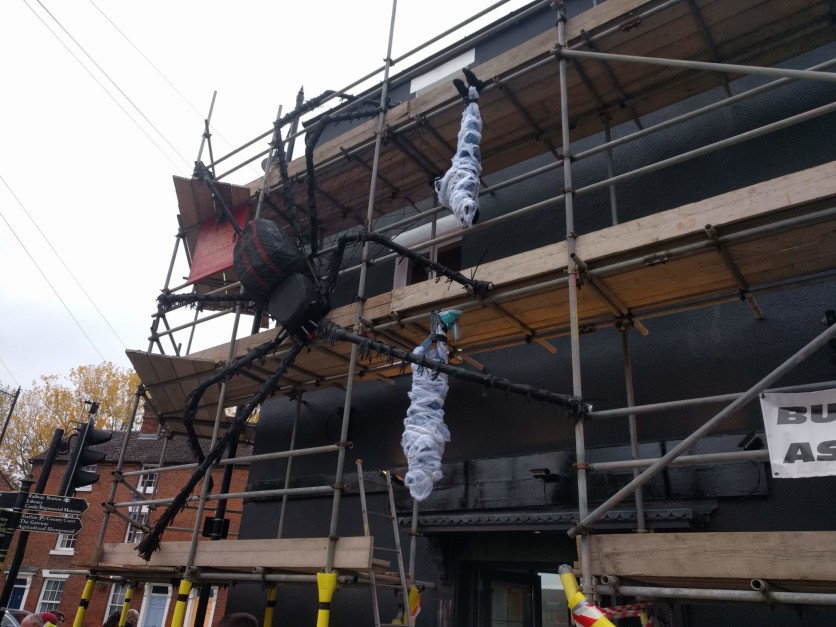 First quiet GeekOut in a little while, first time we haven’t surpassed 30+ attendees in a few months, looks like Summer is finally dead at last, or perhaps the flood waters just put a few folks off. Still, a quiet day of casual gaming was exactly what was required, as was a hasty dash for a roll of selotape to finish my terrible mask (pictured later on Cal’s face). Thanks to Harley for the cherry-blood cupcakes, and to those of you who joined in the terrible costume competition. 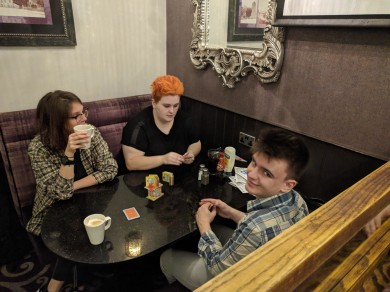 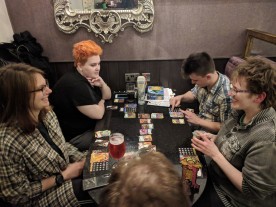 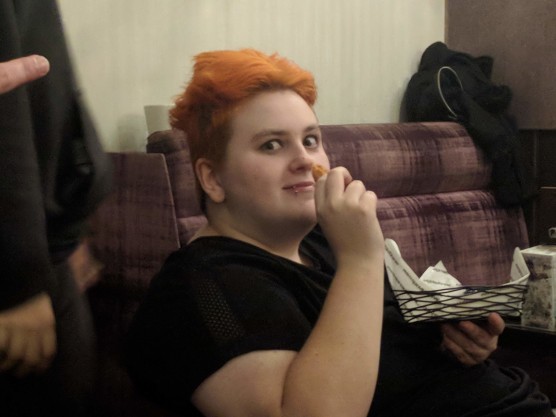 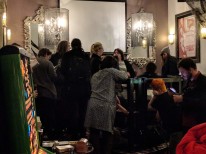 Oh, we had to move part way through the evening too, the problem with GeekOut coinciding with a holiday is that Monty’s opens up the dance floor for the less geeky members of the public, and we were forced to coexist with normal society for a while there. On the bright side, at least one member of the public appreciated our company and had nothing but nice things to say about all of you. Well done, geekery wins out over normalcy once again. 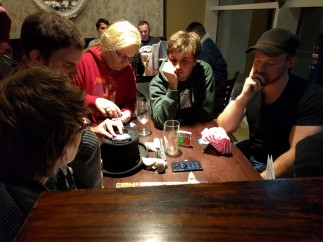 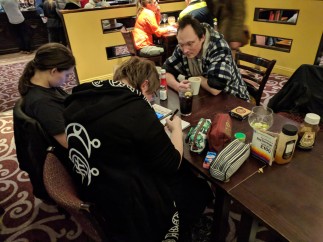 Next GeekOut Shrewsbury is November the 28th, and not the 21st that has previously been listed on our Facebook page… not sure why that would have been the case, there’s nothing preventing the 28th. Weird. Anyway, keep an eye out for further details on Facebook and Meetup, and of course our countdown timer.