It’s been a while since I posted a genuine cosplay article on here, because in all honesty, I’ve been very lackadaisical with getting on with costumes. Not because I’m disinterested or even disorganised, but actually I’ve found that I haven’t had the proper motivation to make a whole costume. 2019 at first seemed like it was going to be even worse for me, I will not be attending any major UK conventions, which is a really sad thing to say. Instead of being down in the dumps about that, it’s given me a bit of an idea. Instead of wasting my New Years’ Resolution on the usual guffins, I’m going to vow to up my cosplay game.

It’s been a while since I posted a genuine cosplay article on here, because in all honesty, I’ve been very lackadaisical with getting on with costumes. Not because I’m disinterested or even disorganised, but actually I’ve found that I haven’t had the proper motivation to make a whole costume. 2019 at first seemed like it was going to be even worse for me, I will not be attending any major UK conventions, which is a really sad thing to say. Instead of being down in the dumps about that, it’s given me a bit of an idea. Instead of wasting my New Years’ Resolution on the usual guffins, I’m going to vow to up my cosplay game.

END_OF_DOCUMENT_TOKEN_TO_BE_REPLACED

Today, I admit I don’t have enough pictures to show you anything of a WIP post… But whilst I work on getting pictures on my work in progress, let’s have an open discussion about all that is Cosplay! This is a post that will (hopefully) encourage you to join in the discussion of Cosplay and what it means to be a Cosplayer.

I don’t have nearly enough of my costumes done right now, so I’m keeping this one short and sweet. Pictures and posts following my costumes will swing by next week when we’re really down to the wire (again!)

Today, I thought I’d ask some interesting questions to you, the cosplay and indeed the geek community. Consider this a Cosplayer Highlight, where the audience is going to participate and let us know what they’d do. So without any further adieu, I’m going to ask some questions. I’ll answer the questions and also pose them to you as well.

Q: What do you think the most important aspect of a Cosplay is?

A: Enjoying the character. The costume is nearly secondary (Very nearly). You see, whilst having the best costume in the world is awesome and really helps to boost you as a cosplayer, it’s not as much fun to go around in the best costume in the world, if you can’t interact with people as if you were that character. My Original Character (OC) Oskar, is one of the costumes you might have seen me post the most about. Not only am I proud of what I’ve made on there, but I love how easy it is to move around as him and to catch people off guard. He’s a funny little guy, who I can’t help but use to bring a bit of fun to any event I attend. People usually ask for pictures with him, anyway!

Q: What’s the most important skill to learn in Cosplay? 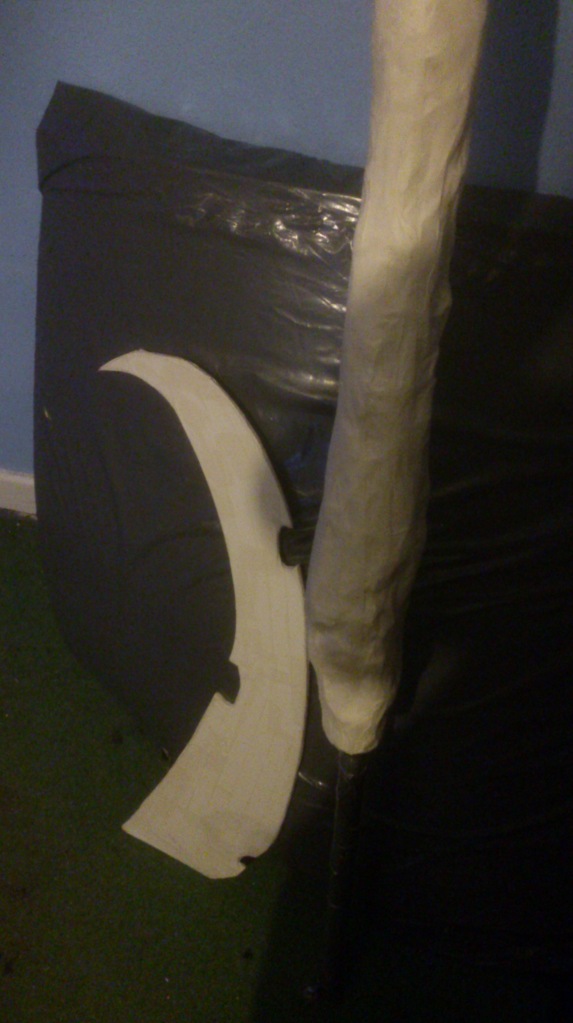 A: Whichever skill you need to know to make your costume. Whilst it’s all well and good turning and saying the most commonly used skill (Sewing), which is indeed an important skill to have in your repertoire, you can do just as well without knowing sewing what so ever. If you want to make armour, you could potentially make it all out of cardboard, foam, worbla (if you had the money!) You name it really. So in terms of individual skills, I’d almost say the most important skill is to learn to learn.

If I had to pick a specific skill that has helped me the most: It’s pattern making. From clothes, to making patterns for props, that has been the one thing that’s stood out for me as the most useful skill. I’m still learning… But if you would rather digitise this process, there is software out there for you.

Q: How old is too old for a Cosplayer?

A: Now, I’ve heard this question used a lot and I have to admit – I almost find it offensive. I didn’t start Cosplaying until I was 23 which is considered a little bit older than most would start Cosplaying. I had wanted to do it from when I was around 13-15. I was heavily into anime, loved me some comics – I was a typical geek who used to love to read and watch. Problem was I had no feasible means to start. Now, I find the question almost offensive because I once was told: “Aren’t you a little old to be playing dress up?” I felt it was such a weird thing to ask, so I retorted to the lady “Thanks for your concern, however this is my form of a hobby. I must ask back now, what is your hobby?”

Weirdly, she had no answer… It was a bit of a strange situation. I turned the question back on her and she couldn’t give me a proper answer. I always believed people need hobbies and passions in their lives. It’s what motivates me and drives me… So as an extra question to the age question: What’s fandom without a bit of colour?

Q: How young is too young for a cosplayer?

Change the words in my answer from “Old” to “Young”.

Q: I would love to begin Cosplaying but I am not very creative. How can I get started?

A: For those who don’t know much about me, I’m not really the most creative of people. I try my best, but I’m not going to lie: I struggle to see a lot of things in the same way that a creative mind sees things. I’m always concerned that my lack of creativity would result in me not getting projects finished. I’ve not finished many costumes, the more that I think about it… But I’ve finished enough. The way I got started was by looking up cosplayers who have done my favourite costumes and try to understand their thought process.

If you’re the sort of person who tries to be the best from the first costume, then you might want to buy a costume and practice being the character over the crafting. If you were confident in the crafting, but not the acting, why not make some things and just walk around in these things for a day?

Well, that’s it – Let me know your answers to these simple questions. Sorry today was a short post and sorry if you were expecting pictures. They are on their way, but just… Not yet! Let me know what your answers are below, over on Facebook or Twitter.